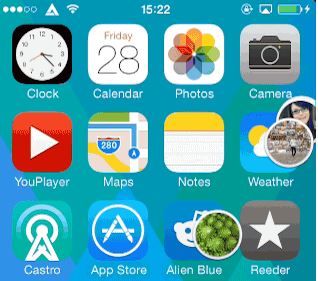 - Recommended: Hide Stock Apps from Home Screen, Thanks to this iOS 7.1 Bug

Thanks to Adam Bell, system wide availability of Facebook chat heads became possible last year with a jailbreak tweak titled MessageBox. The jailbreak tweak, however, did not work with the latest iOS 7 until now. Adam Bell has released the latest version of MessageBox iOS 7 which extracts the Facebook Chat Heads code from FB app and run it system wide.

MessageBox is a useful small tool if you use Facebook chat quite often as it would no more demand you to first switch to Facebook app to respond to the chat messages.