Apple always rolls out things hidden in the iOS updates that do not affect us immediately. Like many other hidden iOS 7 features, Apple has also thrown in a feature called Multipeer Connectivity Framework that allows devices to connect each other without an Internet connection.

What actually happens is that your device is connected to others in a manner known as mesh networking which utilizes the connectivity from multiple WiFi networks, Bluetooth, peer to peer WiFi to let users connect to various ends.

The best thing about it right now? Well, an iOS app has been launched that allows users to hold group conversation without the need for an internet connection. Of course, it's just a start of this technology being harnessed by an app, but it definitely is a good start. The iOS app titled FireChat will let you have group chats with those in close proximity. 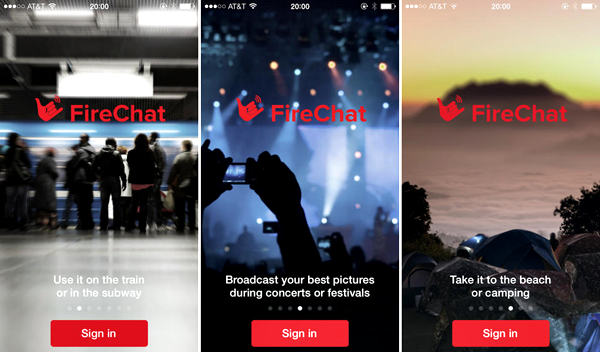 This app is especially useful in the times of disasters where cellular and WiFi networks get affected. Previously too, disaster managers and aid agencies have used such tech using daisy chaining devices and connecting with each other. The Multipeer connectivity will also be useful in various other scenarios too as FireChat could establish some form of communication when the usual systems are not possible to be connected with due to any reason (s).

This could also open a forefront for those who are always on a look out for technologies that give them an option to communicate without using the mainstream apps, messaging services, or cellular networks. Multipeer connectivity will give an option to circumvent traditional modes of communication; however, there will be the apparent concern of data logging that these apps could employ when Internet connection is available.

Here is the link to download FireChat for iPhone on the App Store.