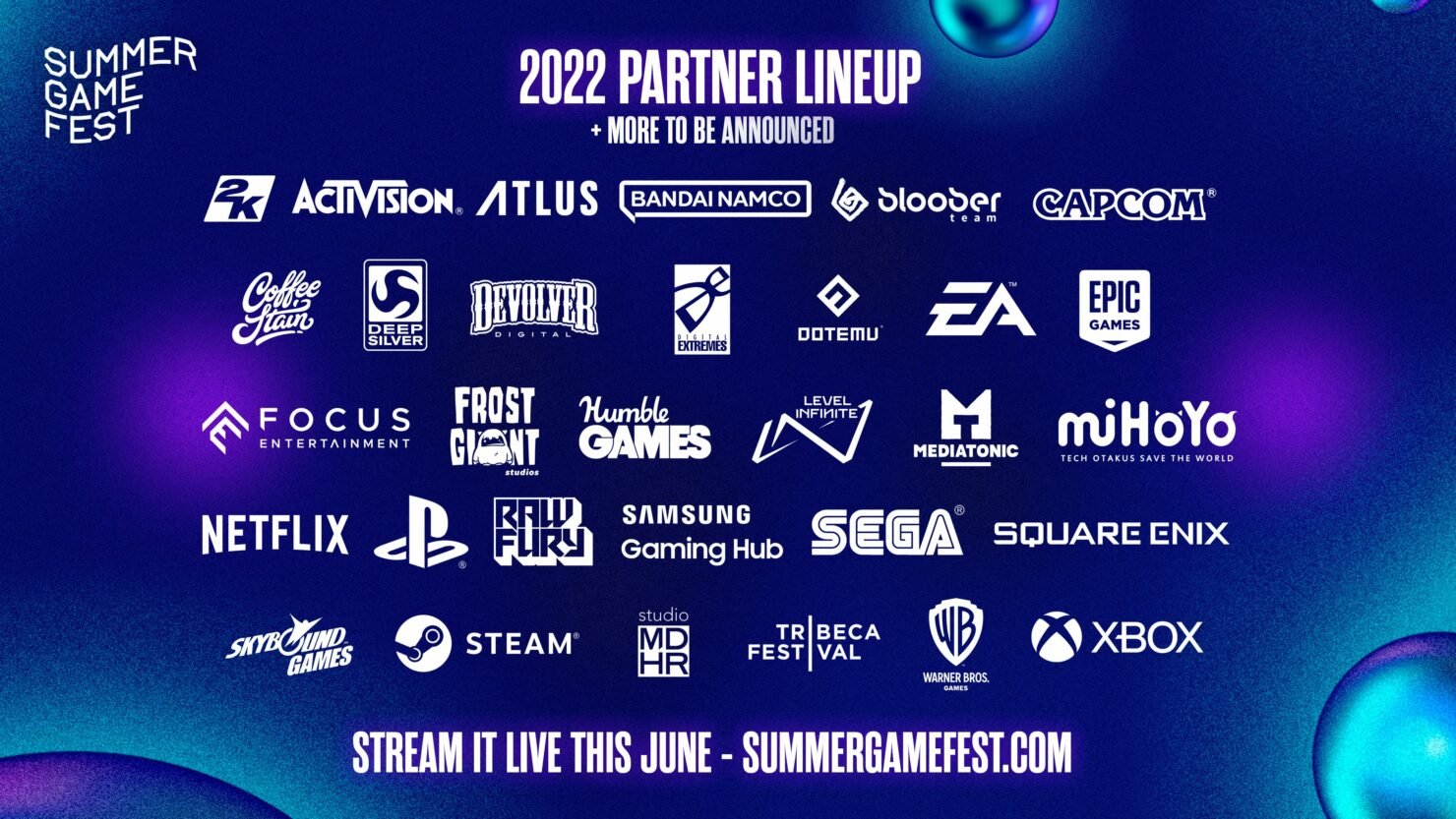 Summer Game Fest is rapidly approaching, and it may have to fill the void that the canceled E3 left behind. It’s similar to the Future Games Show Spring Showcase; meant to announce brand-new IPs or games coming out, like the upcoming The Time I Have Left, for instance.

Next month will be where the event will be streamed, and as you’d expect Geoff Keighley sent a tweet about the event’s partners, essentially telling what studios would be appearing throughout the month on the stream, which you can view below.

This year's #SummerGameFest will feature events, activities and updates for fans from more than 30 partners, with more to be announced.

It's going to be a great month for video game fans.

Right away, a glance can be noticed at studios like Atlus, Capcom, 2K, Studio MDHR, and SEGA, amongst others, and speculation can start going into overdrive on what projects are slated to be shown. For example, Capcom announced Street Fighter 6’s existence earlier in the year, with more news to come in the summer (which could actually be here, given the time of year).

Others may remember that upcoming DLCs like Cuphead’s The Delicious Last Course DLC and Monster Hunter RIse: Sunbreak will be coming at the end of June as well (the same day, at that, June 30th). However, other studios can also be shown like Bloober Team who recently was rumored to be working on a Silent Hill 2 remake.

Atlus is also particularly noteworthy, as the Persona 25th Anniversary is still happening. Considering the fact that Persona 4 Golden got ported to Steam, it’s fair to think that maybe the team could be working on a PC port of Persona 5 Royal, or Persona 6… or maybe it’ll be something innocuous like the release date of Persona 4 Arena Ultimax’s rollback netcode update. (For the record, that’s purely speculation, we’re not saying that it will happen).

Other notable studios can include PlayStation, Square Enix, Skybound Games, Coffee Stain Games, Netflix, Mediatonic, and Devolver Digital, so there’s probably going to be something that everyone may like at the Summer Game Fest. The tweet rounds out by linking the event’s website, which you can view here. Summer Game Fest 2022 will be aired on June 9th, 2022.