SoulCalibur VI Adds the Undead Swashbuckler Cervantes to its Roster 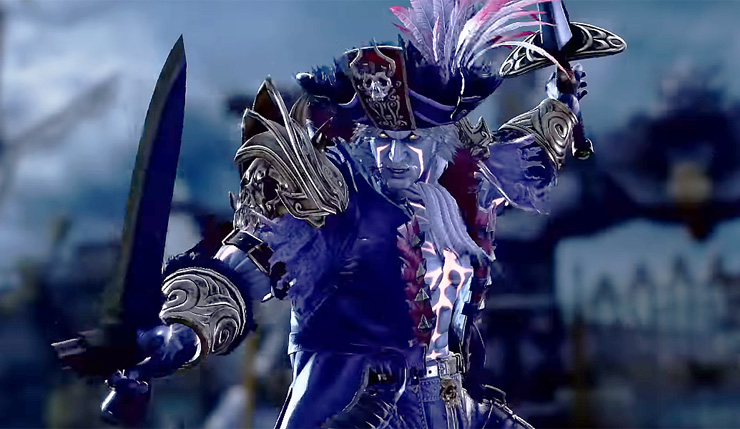 Soulcalibur VI has added the immortal pirate Cervantes to its ever-expanding roster. Cervantes is another fan-favorite, having appeared in every game in the series to date. You can watch Cervantes mete out some high-seas punishment, below.

When Cervantes first gripped Soul Edge, the power of the cursed sword transformed him into a monster. He used the sword to bring a reign of terror and carnage to the world, as the sword continued to manipulated his mind. The cursed sword’s plans were thwarted by a heroic ninja and a brave warrior. Cervantes was defeated, consumed by fire and sentenced to the depths of hell, his body turned to ash.

Later the now new owner of the Soul Edge, Nightmare comes across Cervantes’s remains, but left without noticing the small glimmer of light emitting from his body. The Soul Edge had once again set the terrible wheels of fate moving and brought Cervantes back from the dead. After his resurrection, Cervantes now walks grinning through a sea of corpses, claiming countless souls and leaving desolation and destruction in his wake. His final aim is clear: to once again to make Soul Edge his own.

In other SoulCalibur VI news, Bandai Namco has also released a trailer showcasing the game’s various modes. The trailer is in Japanese, but the basic gist is easy enough to grasp. These are the modes included in SoulCalibur VI: