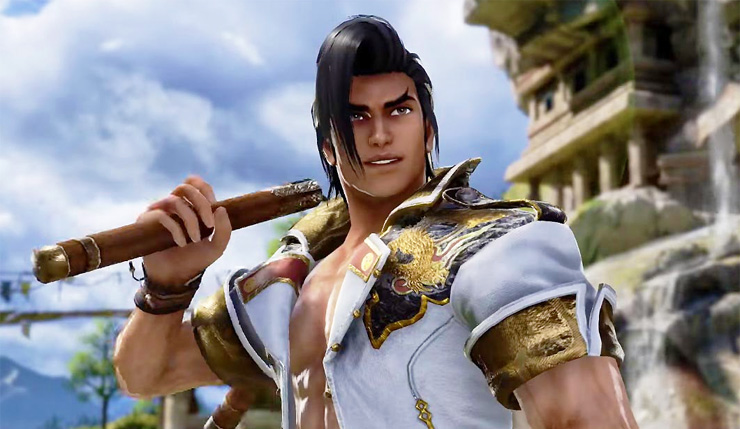 SoulCalibur VI has added the nunchuck-wielding pirate Maxi to its ever-expanding roster. Maxi is another Soulcalibur staple, having appeared in every game in the series since the first Soulcalibur. Check out “The Dandy Of The South Seas” (yup, that’s his official nickname) in action, below.

As you would expect, Maxi fights with plenty of flare, doling out quick punishing strikes and parries. He’s a pretty solid choice for newcomers, as you can overwhelm opponents with his nunchucks without a lot of precision. Here’s a quick Maxi bio for those new to the Soulcalibur series:

Maxi returns to the stage of history! Wielding his faithful Fatibal nunchuk, he’s back to unleash his Shissen Karihadi in SoulCalibur VI! Maxi originally pursued the golem Astaroth, who attacked his ship and slaughtered his crewmates, joining forces with Kilik and Xianghua. Maxi defeats Astaroth but is critically wounded as a result. He is later found by some villagers who help nurse him back to health using fragments of Soul Edge. Following Astaroth’s death, he became a leader of a group consisting of himself, Xiba, Leixia, and Natsu, which helped Patroklos restore Soul Calibur back to its full form.

In addition to Maxi, Yoshimitsu, Sophitia, Mitsurugi, Kilik, Nightmare, Xianghua, Ivy, Zasalamel,  Siegfried, Taki, the Witcher series’ Geralt, and new character Grøh have been confirmed for Soulcalibur VI. It's unknown exactly how many fighters Soulcalibur VI will launch with, but the roster must be starting to fill up.

Are you satisfied with the names revealed so far? What characters would you like to see round out the Soulcalibur VI roster? As I’ve said before, as long as Seong Mi-na is confirmed, I’m happy. I’d also like to see at least one more new fighter.