SoulCalibur VI Roster to Include Returning Fan-Favorites Ivy and Zasalamel 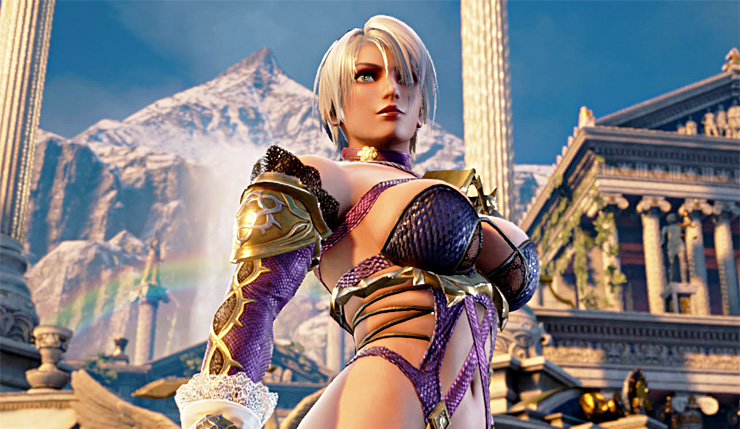 SoulCalibur VI has officially added Ivy and Zasalamel to its ever-expanding roster. Neither addition is exactly shocking – Ivy has been in every SoulCalibur game to date, and Zasalamel has been a fan-favorite since making his debut in SoulCalibur III – but it’s nice to see them confirmed. You can check out trailers for both fighters, below.

Should that have come with an NSFW warning? Ivy is known for her improbable outfits, and, bless her soul, she isn’t toning it down a bit. Costume aside, it looks like Ivy will be as versatile as ever, thanks to her iconic flesh-flaying whip sword. Here’s Bandai Namco’s official Ivy bio:

"Ivy Valentine's father was driven mad and finally died while researching the history of Soul Edge with her mother following not long after. Since then, she thirsts for revenge and wants to destroy the cursed sword that took the lives of her parents, using her alchemy skills to craft a weapon tailored to her needs. She combines Western European sword with Eastern European whip techniques, making her attacks graceful and absolutely deadly at the same time."

Zasalamel is also looking pretty much as he always has. His brutal scythe and ability to briefly stop time and draw in opponents with black holes ought to make him a dangerous foe. Here’s Zasalamel’s bio:

"Zasalamel was born into a clan called Guardians of the Spirit Sword charged with protecting the legendary swords Soul Calibur and Soul Edge. While he was exiled from the clan for breaking their sacred laws, Zasalamel nonetheless managed to discover the secret of reincarnation, making him a mighty magician and dangerous foe."