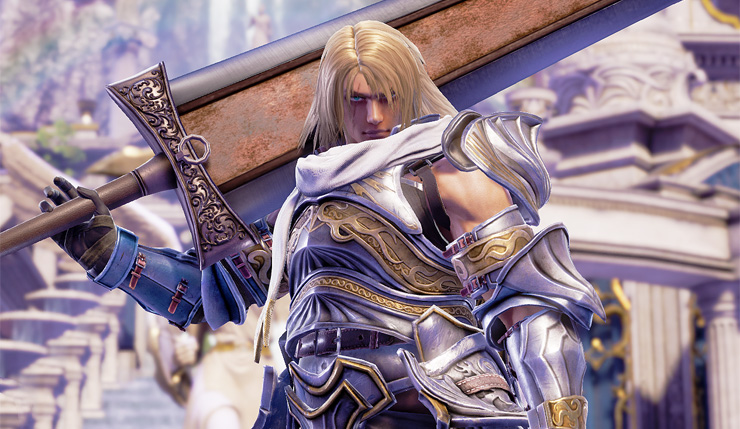 SoulCalibur VI has officially added the stalwart Siegfried to its roster. Not exactly a huge surprise, as Siegfried is one of the SoulCalibur’s main protagonists and has appeared in every entry in the series to date. Still, it’s good to know ol’ mopey pants will be back. You can check out Siegfried in action, below.

As always, it looks like Siegfried will be a slower character who gets by on his strength, versatility, and the range of his ridiculously massive sword. Speaking of which, it seems like poor ol’ Siegfried might be getting on in years, as it looks like he can barely lift his absurd blade anymore. Maybe you don’t have to compensate quite so hard, buddy. Here’s a brief Siegfried bio courtesy of Bandai Namco:

“After losing to Kilik and his comrades in the form of Nightmare, Siegfried awoke in an unfamiliar place and he is now unable to free himself from the unforgiving memories of his time spent as the cursed sword's puppet. The memory of having killed his own father is haunting him. His true nightmare has only just begun. Full of regrets, he is looking for redemption and he desperately wants to free himself from the cursed sword's grasp!”

In addition to Siegfried, Bandai Namco has also confirmed Sophitia, Mitsurugi, Kilik, Nightmare, Xianghua, Ivy, Zasalamel, and new character Grøh for SoulCalibur VI. Oh, and The Witcher series’ Geralt will also be a guest character (check him out in action here) – this fight’s going to get nasty!

What other classic SoulCalibur characters would you like to see return in the new game? Seong Mi-na and Taki were my go-to favorites in the older games, and I was pretty disappointed when both of them were missing from SoulCalibur V. Hopefully one or both of them make their comeback!