Soulcalibur VI Makes Its Unexpected Debut at The Game Awards 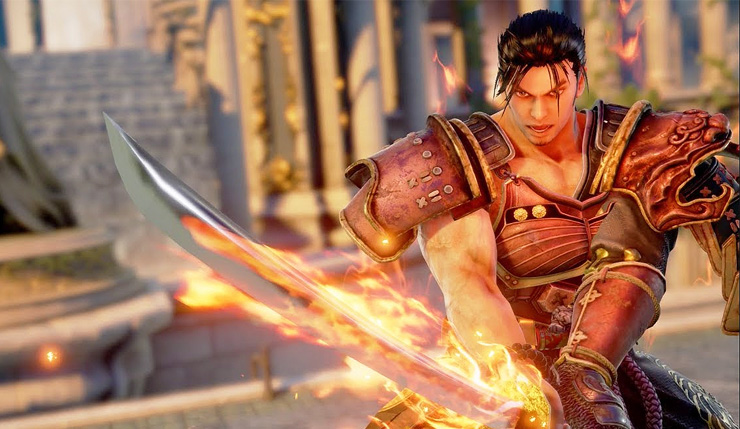 2017 was a solid year for fighting games, with titles like Injustice 2 and Marvel vs. Capcom: Infinite coming out, but it seems like next year will be even better. At The Game Awards 2017 Bandai Namco producers Katsuhiro Harada and Motohiro Okubo took to the big stage to announce Soulcalibur VI, the first new entry in the acclaimed series in over five years. You can check out the first teaser trailer, below.

Here’s what Soulcalibur VI producer Okubo had to say about embarking on the new project:

“Working together with Harada-san, I felt a great responsibility to continue Tekken’s legacy of delivering the most dynamic and hard-hitting action within the fighting game category. This was no easy task, but I truly believe we succeeded in fulfilling that goal. Utilizing the lessons I learned on Tekken 7, I’m ready to fully take charge of a new project. Tonight, I’m here to announce a new chapter in Bandai Namco’s original fighting game saga, but first I have a question -- do your souls still burn?”

For those unfamiliar, the Soulcalibur series differentiates itself from other fighting games with its focus on weapon use and a unique historical fantasy setting. The series debuted in the late 90s in arcades and on the Sega Dreamcast, and its last entry, Soulcalibur V, came out on Xbox 360 and PS3 in 2012. Soulcalibur V didn’t receive the same acclaim as earlier games in the series, and many fans worried about the future of the franchise. Thankfully, it seems Soulcalibur is getting another chance.

Like Tekken 7, Soulcalibur VI is being built using Unreal Engine 4. The game also aims to shake things up with the new "Reversal Edge" system. Here's how Bandai Namco describes the mechanic: