The plot around Samsung Galaxy S5 Prime thickens as more and more leaks and rumors circulate around the premium version of Samsung's latest flagship. The device which started looking more of a consumers' dream device has got a bit realistic and tangible after a series of leaks pointing to some reliable information. Today too, another leak points to a Bluetooth verification page for a Samsung device with model number SM-G906L - digits which have already circulated around for Samsung Galaxy S5 Prime! 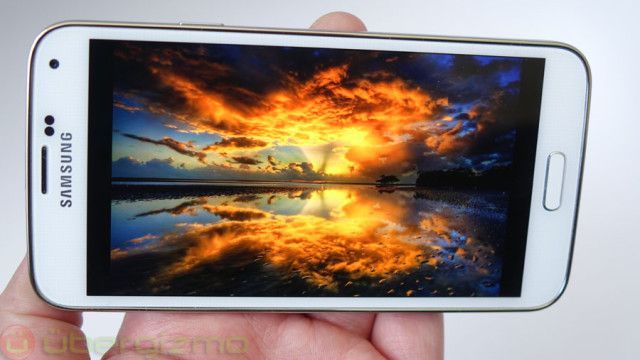 Earlier the rumors indicated that Samsung is planning to launch a second, and majorly improved, version of Galaxy S5 dubbed as Samsung Galaxy S5 Prime (some leaks called it Galaxy F). This premium version of Galaxy S5 is expected to come with a 2K display panel, even more improved processor, and the long-awaited metallic finish.

While we are not sure if Samsung would be able to conjure some magic to bring all these goodies together - which were earlier expected for this year's flagship - if it couldn't have these in the Galaxy S5 itself. 2K display and metallic finish were strongly expected features of the Galaxy S5.

Today's leaks show that the Samsung Galaxy S5 Prime may indeed be in works as a new image shows Bluetooth certification for the premium device. This latest information points to a BT certification for a Samsung phone with the model number SM-G906L which, if you remember, has previously been referenced in a few rumors. 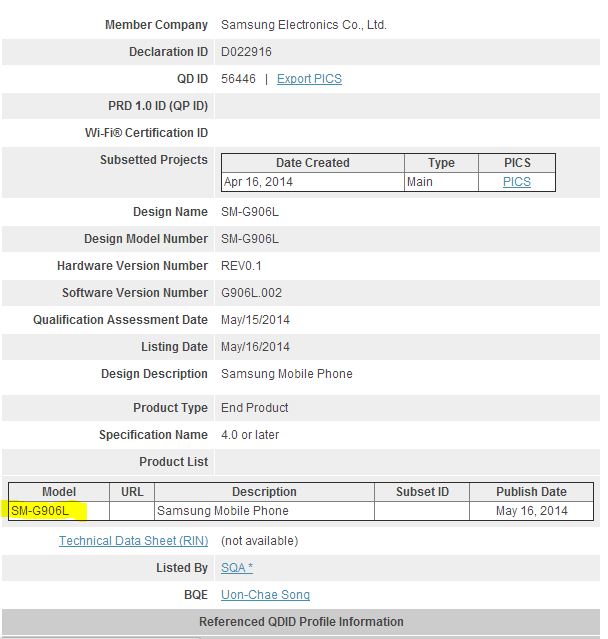