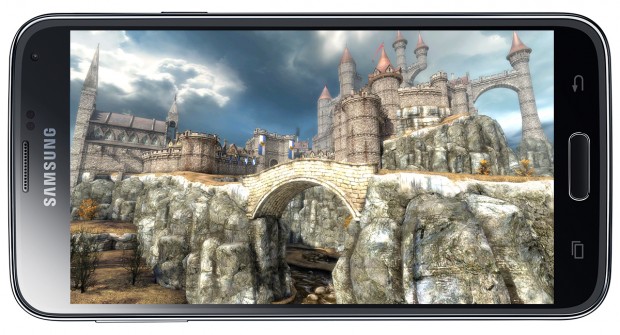 While the charts show it, it should be mentioned here iPhone 5s does beat Samsung Galaxy S5 battery during web browsing; however, the difference is too minor to notice. This is the only positive of iPhone 5s shown in any charts. The better battery life of Galaxy S5 is thanks to the 2,800 mAh unit fitted inside; iPhone 5s only features a 1,560 mAh battery. While Apple may be too keen to keep the weight down and make iPhones thinnest, better battery life is a demand of almost every user rather than going for the thinnest phones.

In the charts below you can see Galaxy S5 vs iPhone 5s battery life comparison. The web browsing tests are taken over WiFi with display tuned up to 230 nits to get fair performance results. Samsung Galaxy S5 outshines iPhone 5s with significant margins in 3D gaming and talk time tests.