The OnePlus 7T Pro design has been shared via sketch by a popular leakster on Twitter, allegedly revealing how the upcoming flagship could differ from the OnePlus 7 Pro. Previously, the ‘T’ series in OnePlus’ smartphone lineup only focused on incremental upgrades on the inside, but according to the latest sketch, it could mean the manufacturer is taking steps in a different direction.

Several months ago, leaskter Ishan Agarwal shared an image of an upcoming OnePlus-branded smartphone whose model name wasn’t disclosed but featured the same camera hump given below. Keep in mind that this was before the OnePlus 7 Pro and OnePlus 7 were officially launched. Fast forward to August 22, Evan Blass has shared an image highlighting the OnePlus 7T Pro design that looks very similar to the tweet Agarwal shared back in December last year.

The biggest giveaway is that massive circular camera bump, and if we’re lucky, the company could incorporate better cameras to really up the photography and videography game when it launches the OnePlus 7T Pro. Given that the flagship might launch in September later this year, we’ll soon witness what has changed between the two devices, even though a previous leak revealing an alleged OnePlus 7T Pro in a protective shell wasn’t sufficient to give away key design details. 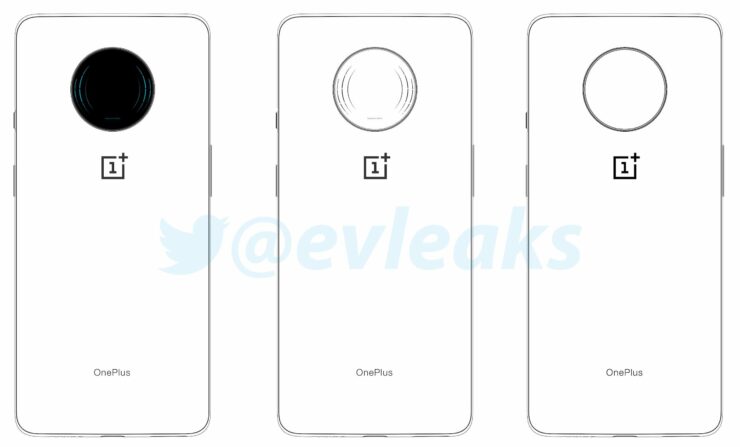 With the Snapdragon 855 Plus officially released and used in two gaming smartphones already, this could be the first change as part of the OnePlus 7T Pro’s internals, followed by an increase in battery capacity and improved camera sensors. With the recent beastly Xiaomi MI MIX 4 specifications promising one of the most powerful Android devices of this year, it can potentially set up a nice competition between the OnePlus 7T Pro.

Given Blass’ track record, we have a feeling this sketch could ultimately be used for the final OnePlus 7T Pro design, but we’ll still advise you to treat it with a pinch of salt for now.