iPhone 13 Shipments Could Reach up to 90 Million in 2021, Surpassing iPhone 12’s Estimates Considerably 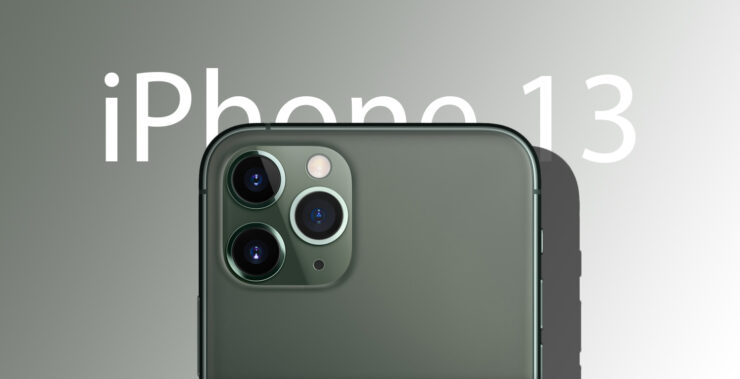 The iPhone 12 series was estimated to ship around 76 million units for 2020. While that’s an impressive figure, one analyst believes that the iPhone 13 shipments will surpass that number, making it one of Apple’s biggest launches in terms of pure numbers.

Analyst Predicts Apple Will Unveil the Same Number of Models in H2, 2021 as It Did Last Year

According to JP Morgan supply chain analyst William Yang, Apple will once more launch four models during the second half of 2021 like it did in 2020. The analyst’s predictions are in-line with TF International Securities’ analyst Ming-Chi Kuo’s, who not only states that Apple will release four models, but all four will retain the same display sizes as the current family. Apple could slightly alter the design of the iPhone 13 series, with all four arriving with a smaller notch plus a thicker chassis.

The thicker chassis could be used to accommodate a bigger cell, and that cell could offset the battery-guzzling properties of the 5G modem and the 120Hz OLED screen, which is said to arrive for the ‘Pro’ variants only. Yang predicts that Apple’s supply chain is working to build between 80 to 90 million iPhone 13 units, exceeding the iPhone 12’s estimates that we’ve mentioned above. One reason why Yang believes the iPhone 13 will be a bigger hit could be due to two reasons.

First, the new series could arrive much earlier, as a previous report states that there will be no production delays. This will mean Apple will have a few months extra to ship more units. Second, we might see new upgrades for the less expensive iPhone 13 and iPhone 13 mini. These will reportedly include LiDAR sensors and Sensor-Shift Stabilization technology for all models, along with an in-display fingerprint reader that could make a debut with an iPhone for the very first time.

If you’re getting an iPhone 13 Pro or an iPhone 13 Pro Max, you should look forward to 120Hz LTPO OLED screens, as mentioned above. These premium models could also be sold in 1TB storage variants, which will be necessary as stabilized 8K video capture at 45FPS is rumored to be supported. The ‘Pro’ models are also reported to feature bigger camera sensors, with ultrawide sensors getting upgraded across the entire series.

In short, if you haven’t or have upgraded to any iPhone 12 model, there’s still a lot to forward to in late 2021. We have enough reasons for the iPhone 13 to exceed the shipments tally of the iPhone 12, but we’d like to know your thoughts down in the comments.