iPhone 13 Pro, iPhone 13 Pro Max Could Be the Only Two Models Sold in a 1TB Storage Variant This Year 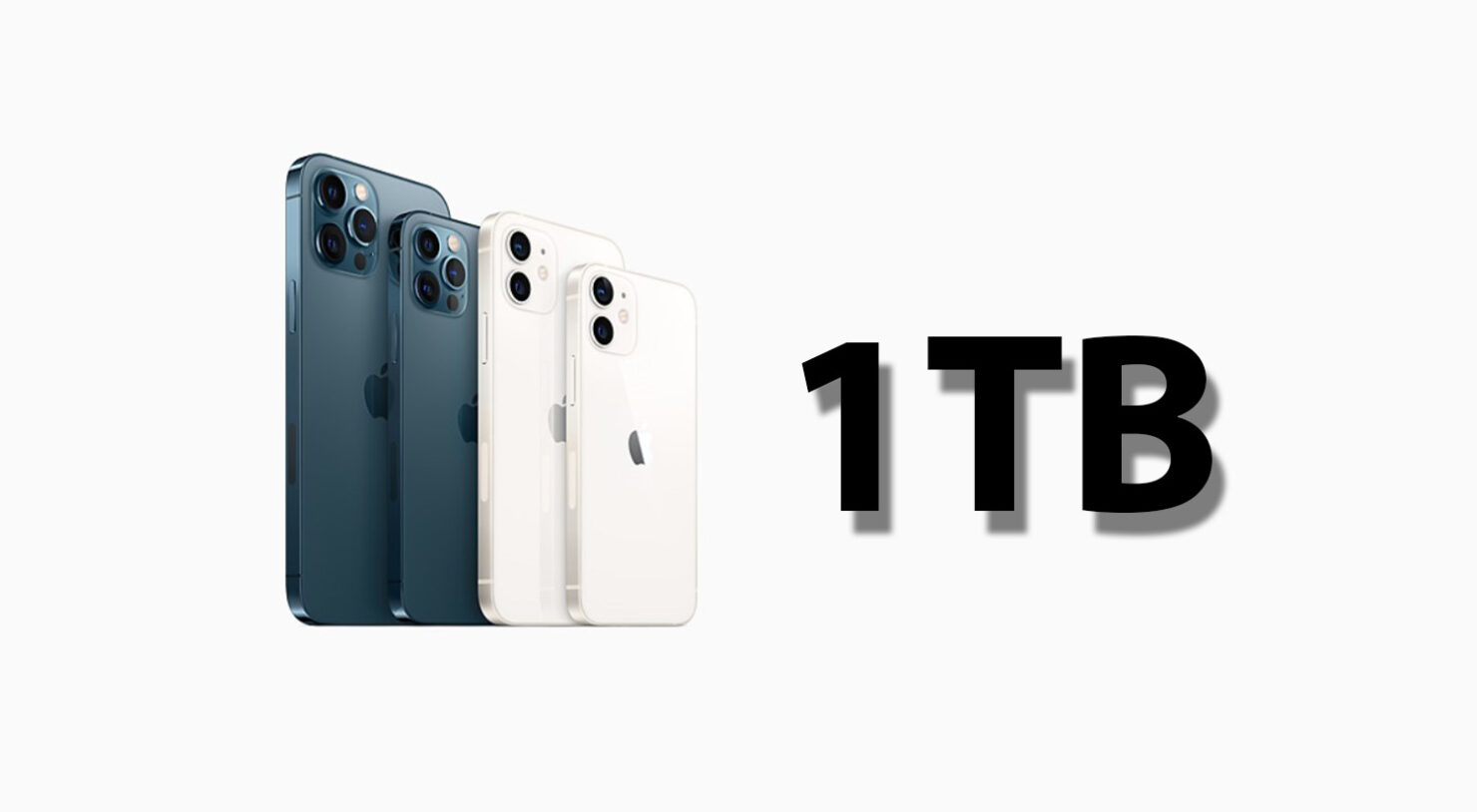 The advantages of picking up the ‘Pro’ iPhone models could be more pronounced this year, as lots of exclusive hardware features will reportedly arrive for the iPhone 13 Pro and iPhone 13 Pro Max. According to one video, where the topic is discussed, Apple might only sell 1TB storage versions of the aforementioned models.

iPhone 13 Pro, iPhone 13 Pro Max Could Also Be the First From Apple to Feature 120Hz Displays

Front Page Tech believes that the iPhone 13 Pro and iPhone 13 Pro Max will only be available in 1TB storage versions. He previously mentions in a tweet from last year that we should get ready for 1TB iPhones but didn’t highlight which specific models will get that much storage. It turns out only the premium handsets will. To be honest, this isn’t different from what Apple has offered for its iPhone 12 lineup.

One reason why Apple could bump up the internal storage count on all models this year is due to 8K video recording support. One rumor talks about the iPhone 13 lineup being able to capture stabilized 8K footage at 45FPS through an anamorphic lens. Considering that on the Galaxy S20 series, each minute of recording 8K video at 30FPS consumes 600MB of storage, users might quickly run out of memory with those high-resolution footages if they don’t purchase the top-tier versions.

However, cramming that amount of storage will likely come at a cost, and knowing Apple, it might not pass those savings to customers. This means you may have to spend a little more money to nab the 1TB versions of the iPhone 13 Pro and the iPhone 13 Pro Max. Are you looking forward to upgrading your existing device to a higher capacity iPhone or do you think you can easily work around with less storage? Tell us down in the comments.