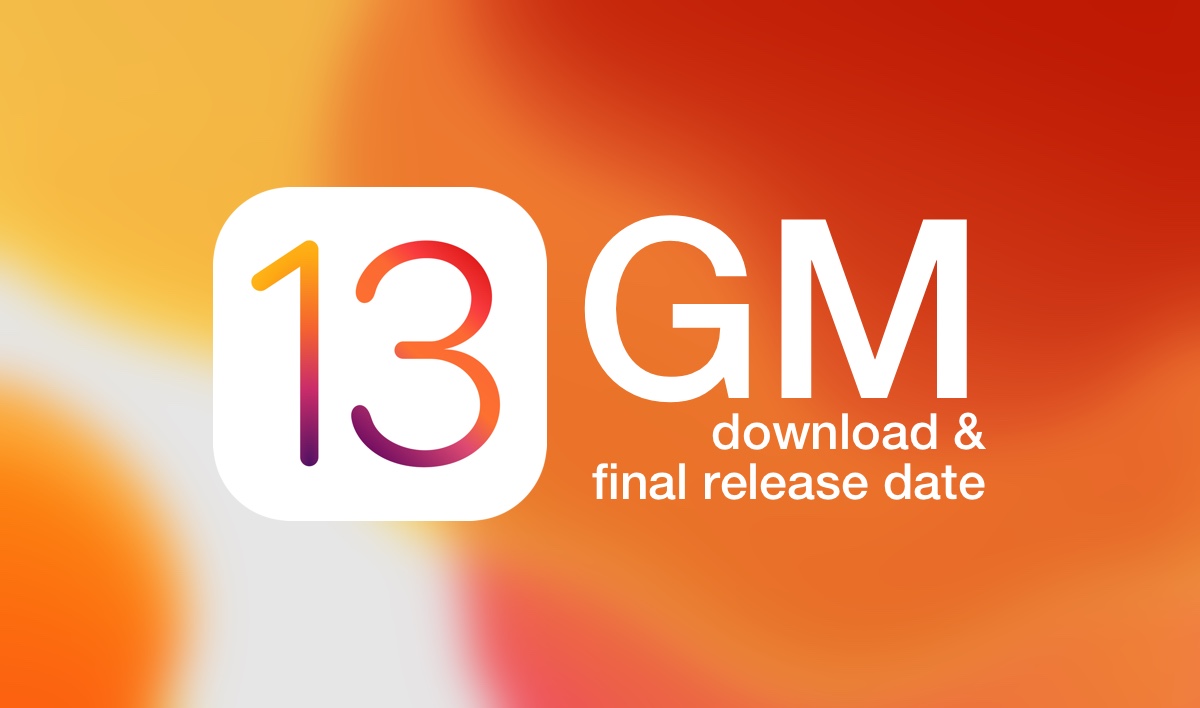 Wondering when the iOS 13 GM download will drop? Or curious about the iOS 13 final release date? Let's talk!

We're absolutely excited about iOS 13 for a lot of reasons with iPadOS (generally) being one of them. Right now, the software is in beta, and Apple has sent out invites for the upcoming iPhone. You know what that means? This means that the iOS 13 GM download is this close to release. But that's not all, Apple always announces the release date of its upcoming software on its iPhone keynote and obviously, this one is not going to be different.

When can you expect the iOS 13 GM download to drop? Well, on the day Apple announces the new iPhone, which is September 10. Furthermore, the GM, or Gold Master, build is the potential candidate for release as a final build. If no bugs are found, then it will be released to consumers as is. Obviously, released to those that have a supported iPhone, iPad or iPod touch at hand. You can check the device compatibility by going here.

Secondly, what about the iOS 13 release date for the final build? Last year, iOS 12 was released on the 17th of September, a week after the GM was seeded to developers. But, the release date was announced on the 12th of September. So, if we are to take a wild guess here, then we should expect the final version of iOS 13 to arrive on 16th September, which happens to be a Monday as well. But obviously, that's just an educated guess. The final release date could be drastically different if Apple runs into a last minute hiccup or decides to reveal a release plan which we did not see coming at all. Who knows Apple might just surprise with a few more betas before pushing the final build to users!

Though the iOS 13 GM download will be available for developers, public beta testers will be able to get in on the action as well. If you are desperately waiting to take iOS 13 GM or iPadOS 13 GM for a spin, then it's recommended that you sign up for the public beta right now. You can find more details by going to this link.

We understand how excited you in taking iOS 13 GM or final for a spin. But given how many betas we've seen, bugs we've encountered, it's just a matter of days at this point until everyone can have a taste of Apple's new and shiny software.

While we sit here and wait, make sure to let us know in the comments section below which feature you are excited about the most. For me, it's definitely the brand new Photos app and its wonderful new interface.