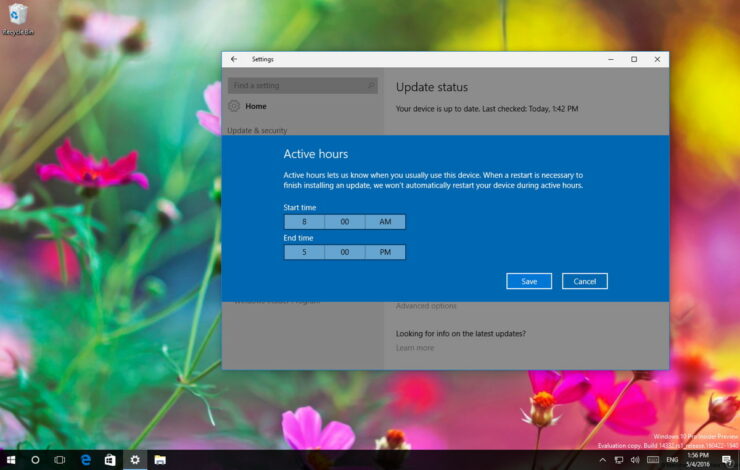 In the previous one month we have seen incidents of people getting embarrassed on live TV and radio broadcasts when their normal transmission was interrupted with the Windows 10 Update notifications. In the first case, we saw Windows 10 successfully managing to interrupt live television, when Iowa meteorologist Metinka Slate had a "Microsoft recommends upgrading to Windows 10" screen draping all over Iowa's expected rainfall.

In the second, a radio show host had to experience a more aggressive display of Windows 10 taking all over his show. Thom Hartmann's syndicated radio show's YouTube live stream server went offline when it started upgrading to Windows 10, "while they were on the air." The host was, as can be expected, freaking out and asking for suggestions from his listeners to help him switch to Ubuntu. Well, all you gotta do is head over to settings and schedule your updates - most of the times it works. But yes, we have repeatedly said how annoyingly Windows 10 update notifications and installations treat a user.

It might be refreshing for you to learn that Microsoft is finally realizing that these prompts and auto-installations are doing nothing but bothering the users. The company is planning to introduce a Windows 10 Active Hours feature which will allow users to specify which hours of the day you will most likely be working on your machine. In those hours, Windows will avoid installing updates. Microsoft is testing out this feature in the Windows 10 Redstone build 14316, which means insiders can already try out this feature. Here is how:

Note that since this feature is introduced in Windows 10, it won't unfortunately come to the aid of our two friends whose stories we shared at the start of this post. While Windows 10 Active Hours will work to save you from auto installations of security, feature and maintenance updates on your Windows 10 machines, on your Windows 7 and 8 PCs, you can always go to Windows Update and schedule a restart time to avoid any surprise updates. We are aware of the stories when sometimes these precautions have failed, but they tend to work most of the times.

With Windows 10 getting the most-awaited Anniversary Update later this summer, it seems the OS will finally start behaving like a grown-up, without trying its users to death.