Windows 10 is planned to receive its first major overhaul this summer, and we expect to see several small UI and UX changes in the operating system. Apparently, a Dark Theme will also make debut for Windows 10 in this upcoming update expected for the OS. 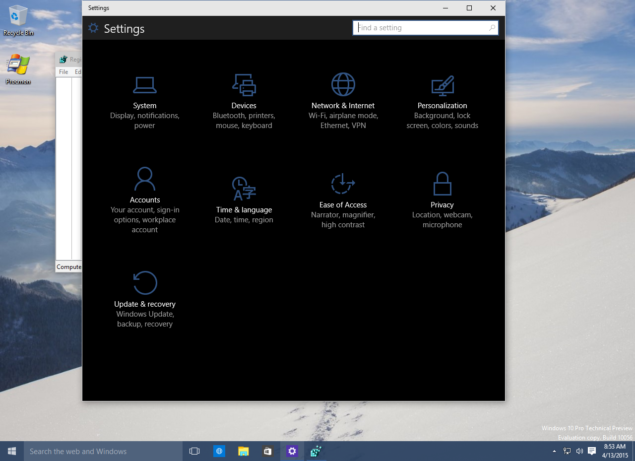 Windows 10 Anniversary Update will bring a number of new features and improvements to Microsoft's biggest success of 2015. These improvements include some UI / UX changes for the Start Menu, Windows Hello biometric integration in Microsoft Edge, improved notifications syncing with Action Center, and much more. As we get close to the release month, we are also getting to learn more about these and more such planned features that will be part of the Windows 10 Anniversary Update (previously known as the Redstone updates).

At the Build Conference, Microsoft's Gabe Aul hinted at a dark theme for Windows 10 and now reports have confirmed that one of the favorite Windows Phone features is coming to the users of Windows 10 PC. There already is a Dark Theme in Windows 10 but it's disabled by default as it's still a feature-under-development. Users can enable it by editing a registry key, but some parts of the feature are still not complete, which is why it doesn't have a system toggle.

Microsoft is reportedly planning to finally announce the system-wide Windows 10 Dark Theme in its Anniversary Update. The upcoming Windows 10 update will introduce a simple toggle that will allow you to enable the Dark Theme from the Settings app. When you enable this toggle, everything will turn to the dark settings from your personalized colors. While there are no more details or any official word on this feature, reports claims that "the internal builds Microsoft employees are using have a ‘dark theme’ toggle in the Settings menu," and that the feature "is nearing completion."

For one, we would certainly like to have an easy option to switch to a darker theme when we are using our PC at night. Let us know if you'd like to have this feature being part of the Windows 10 Anniversary Update.