Microsoft has been releasing Insider Preview builds to both its Windows 10 for PC and Mobile users at the same time. However, when we received the Windows 10 Insider build 14316 for Desktop today, no new build was available for Mobile. Many wondered why the company has broken its earlier goal of a streamlined update process for its devices. The company has now confirmed that Windows 10 Mobile 14316 was also scheduled for release today, but due to a breaking cellular data bug, it couldn't be rolled out. 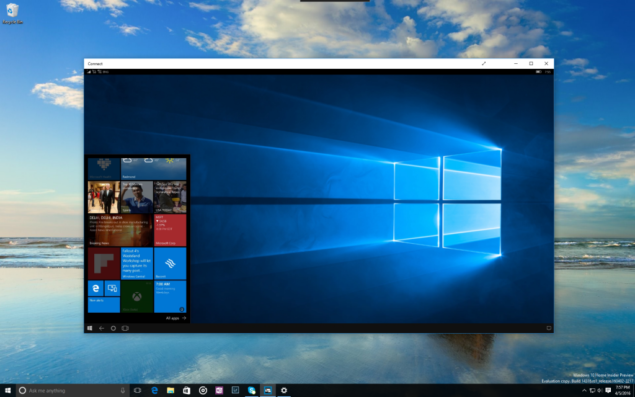 Windows 10 Mobile 14316 expected to be released later this week

Insiders in the Fast ring received the Windows 10 Insider Preview build 14316 earlier today. The Preview build has brought in tons of new features and improvements, including a system-wide dark theme and cross-platform sync. Considered as one of the biggest preview releases yet, Mobile users were upset not to receive the build 14316 today. As Microsoft has been releasing both the PC and Mobile builds simultaneously for the last few Previews, Mobile users were expecting to receive today's major update on their handsets too.

Worry not, as Microsoft does plan to send the feature-packed Windows 10 Mobile build 14316 to Insiders, and it might arrive later this week.

Microsoft hasn't shared when exactly will it release the Mobile Preview build, but it is expected that we will see the Insider build on mobile devices later this week.

- Windows 10 Mobile Users Will be Able to Go Back to Windows Phone 8.1, Microsoft Confirms