How to Download and Run “Bash on Ubuntu on Windows 10”

The latest Windows 10 Insider Preview Build 14316 brought in a ton of new features, including Windows Subsystem for Linux. Aimed at developers, the subsystem is added in the latest test iteration of Windows 10 to allow developers to use Linux utilities without using a VM or a remote system. Windows 10 Anniversary Update slated for release this summer, will bring the ability to use Bash to run command-line Linux applications. As Microsoft has offered a preview of several features of the Anniversary Update in the latest Build 14316, running Bash on Windows 10 is also one of them.

You can enroll in Windows Insider Program to take a look at all the new features of Windows 10 14316. Once enrolled, follow this guide to run Ubuntu on Windows 10. 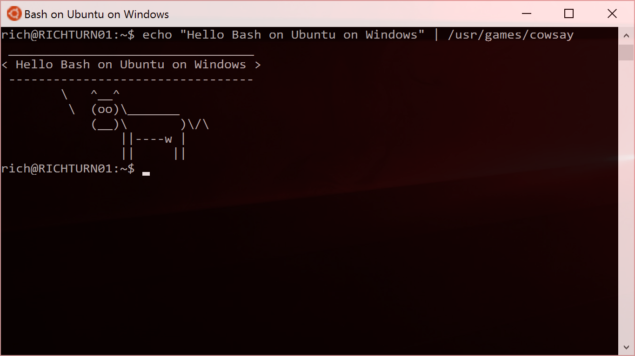 How to run Ubuntu on Windows 10

In this guide, we will help you run Ubuntu on Windows 10. Once in, you will be running Ubuntu 14.04 "trusty," and can also install the tools that you need, using the Apt package manager.

You will now be able to use Linux utilities, without having to run a virtual machine or a remote system. Bash on Windows 10 has access to your Windows filesystem, so you will be able to work on the same files from within Bash. 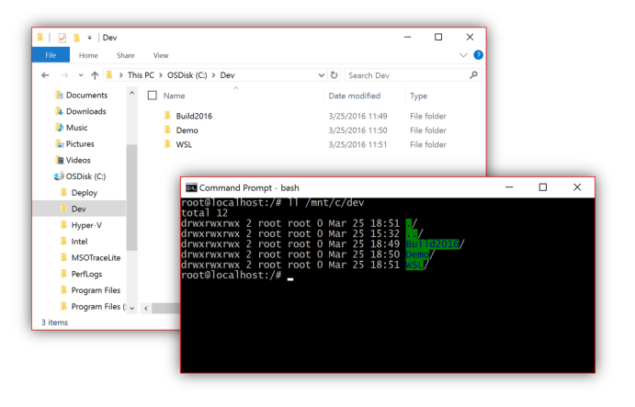 Remember, this is not technically Linux, as you are running a userspace version of Ubuntu, running on WSL (not Linux kernel). But, you will be able to run Bash shell commands, Bash scripts, and Bash shell tools. Microsoft also says that Ubuntu on Windows 10 allows you to run Linux-first tools like Ruby and Python directly on Windows.