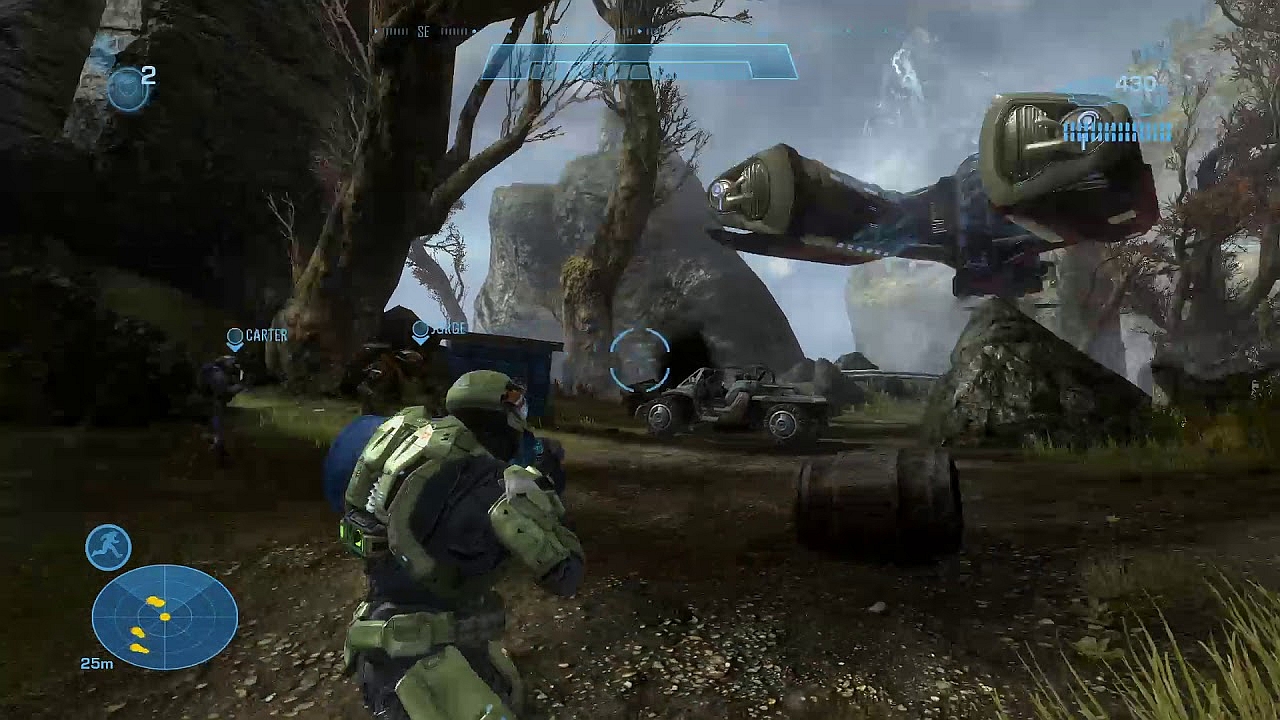 In order to do so, you'll have to go into your game's installation folder, move into the maps directory and replace the original map files. As always in these cases, it is a good idea to back up those files somewhere else before performing the Halo Reach mod for third-person. Of course, you'll also need to launch the Anticheat disabled version of the game.

Sadly, it is unlikely this will be ever possible on multiplayer maps made with the Forge tool. That's because, according to the author of the mod, the map files have to be tweaked individually in order to work in third-person view and to do so would be simply impossible given the number of multiplayer maps made with Forge. However, AkFumbles promised to release his Halo Reach mod for the Firefight co-op maps; there is no ETA on when they'll be available, though.

This isn't the first mod released by Halo Reach, even though the game only launched on PC in early December. We've already covered the character customization unlock mod and the maps megapack/Reach Evolved overhaul, and this is just the beginning of the modding scene. Stay tuned on Wccftech for more great Halo Reach mods.

Halo: Reach comes to PC as the first installment of Halo: The Master Chief Collection. Now optimized for PC, experience the heroic story of Noble Team, a group of Spartans, who through great sacrifice and courage, saved countless lives in the face of impossible odds. The planet Reach is humanity’s last line of defense between the encroaching Covenant and their ultimate goal, the destruction of Earth. If it falls, humanity will be pushed to the brink of destruction.

Game Features
• PC Settings/Optimizations: Halo: Reach is now optimized for PC and looking better than ever at up to 4k UHD and at least 60 FPS. Other PC native settings include mouse and keyboard support, ultrawide support, adaptive sync support, FOV customization, and more.
• Campaign: Experience the first chapter in the Halo Saga and fight your way as Noble Six through 11 unforgettable missions
• Multiplayer: Start your Spartan Career today with Halo: Reach’s iconic multiplayer featuring an overhauled progression system, generation-defining player customization, over 20 unforgettable maps, as well as classic game modes such as Firefight and Invasion. While Forge and Theater will be delivered later in 2020, enjoy access to millions of community-created maps and game types that have been migrated over from Halo: Reach on Xbox 360 for use today on PC.
• Firefight: Fight alone or with squad mates to survive against endless waves of enemies deploying with ever-increasing difficulty.