Galaxy S20+ Display Will Support 120Hz Refresh Rate, but Not at WQHD+ Resolution

Samsung's upcoming Galaxy S20 series seems to be leaking a lot of late. In a span of two days, we got to know a lot about the Galaxy S20+ and the Galaxy S20 Ultra. We know the camera configuration of all three devices, screen sizes, and battery capacities. There have been conflicting reports around the SAMOLED panel's refresh rate, but even that seems to have been cleared now.

Most of the leaks came from prolific leakers such as Ice Universe, Max Weinbach, and Ishan Agarwal. The new leak comes via Max Weinbach of XDA Developers, and it confirms corroborates Ice Universe's information about the Galaxy S20 series' refresh rate. It turns out, there will be a 120Hz mode, but only at FHD+ resolution. 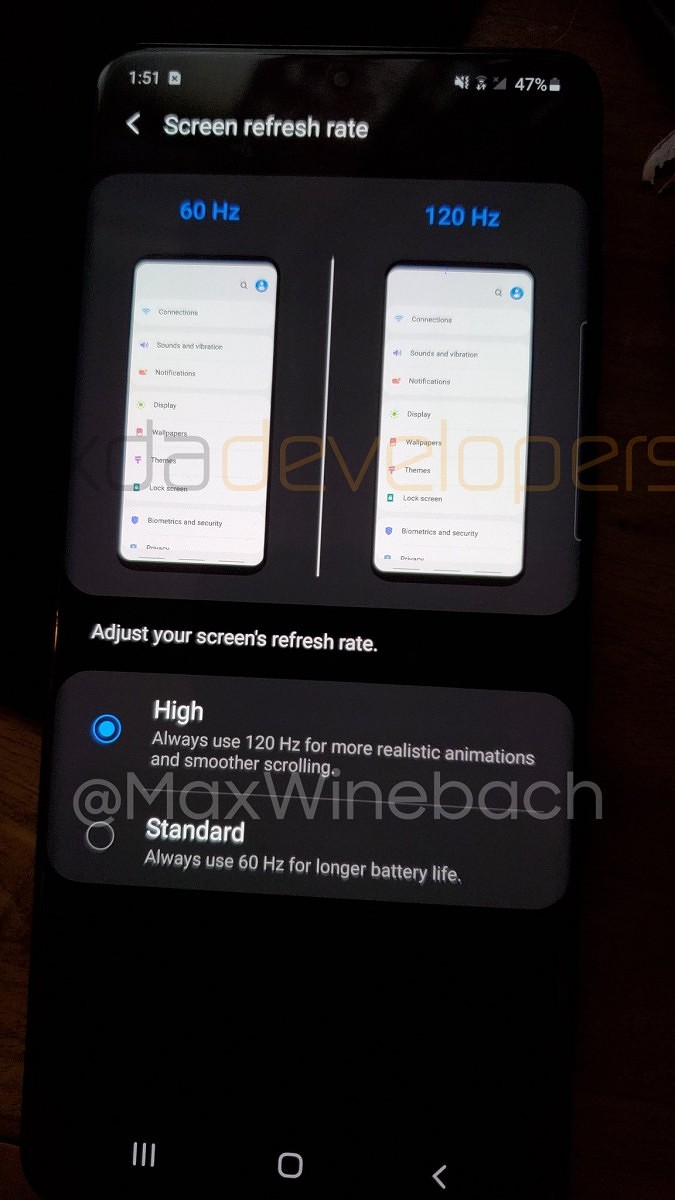 There even appears to be a neat infographic above the toggle to showcase the difference between two modes. If you try to enable it at WQHD+, you'll get a prompt that says, “High refresh rate isn’t supported in WQHD+. Your screen will change to the standard refresh rate.” Moving on, the Galaxy S20+ will ship with an ultrasonic fingerprint scanner. It isn't surprising at all, considering that Samsung has stuck with it ever since it made its debut with the Galaxy S10 series last year.

Galaxy S20+ won't come with a headphone jack, is significantly larger than the Galaxy S10+

Over the years, we've seen a lot of flagships get rid of the 3.5mm headphone jack in favor of USB-C audio. Some OEMs are kind enough to include a USB-C to 3.5mm adaptor out of the box, others not so much. The Galaxy S20 will be the first S series device to get rid of the headphone jack. You'll get a pair of AKG tuned USB C headphones in the box though, just like we did with the Galaxy Note 10. Furthermore, the Galaxy S20+ will come with a Super Fast charger in the box. It will support 25W fast charging. The 45W option seems to be reserved for the Galaxy S20 Ultra. Let's take a look at the Galaxy S20+ next to its predecessor. 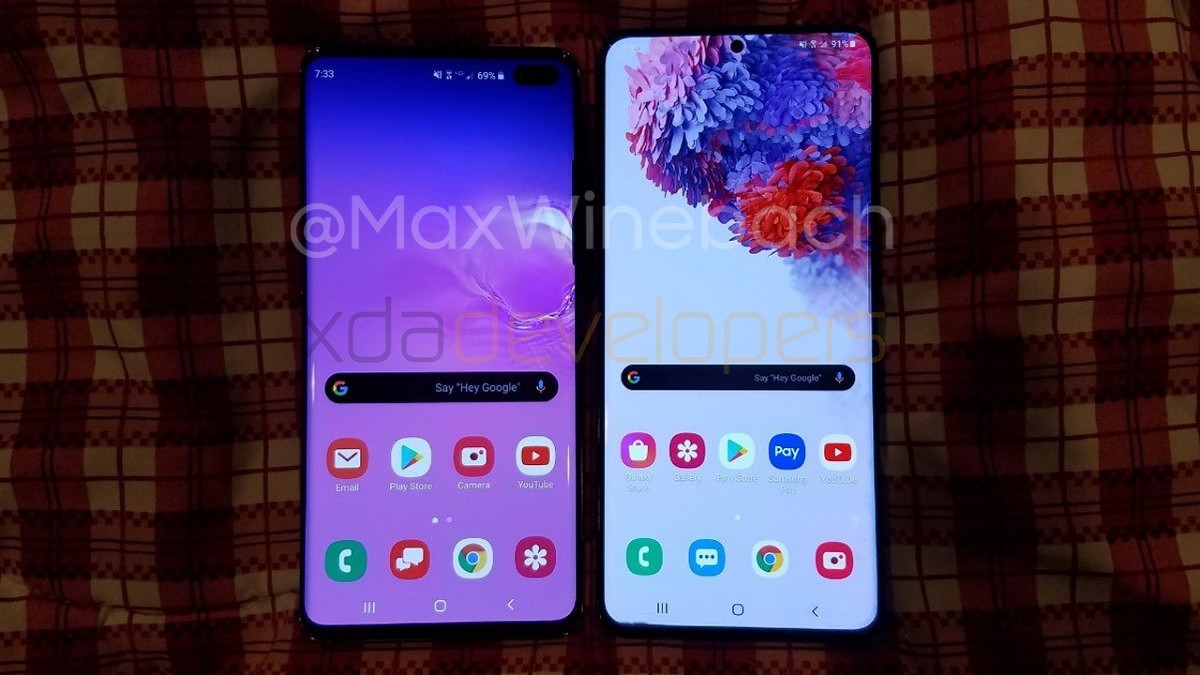 The base S20+ will also come with 128GB storage and 12GB of RAM and will be powered by a 4,500 mAh battery. At this point, the only thing we don't know is the software features that Samsung has in store for us. With less than a month to its release, we should expect to see more leaks detailing Samsung's 2020 flagships.