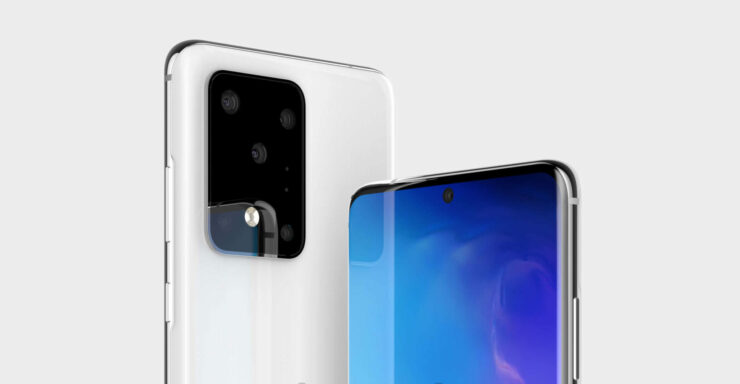 Every major flagship release is preceded by a slew of leaks that give us a peek into some of the device's specifications. One of the first things we got to know about Samsung's 2020 flagships is that it will feature a 108 MP camera. The Samsung Galaxy S20 series will drop in a month and we already know quite a bit about the flagships. We know that it'll come in three variants; Galaxy S20, Galaxy S20+, and Galaxy S20 Ultra. We even know their screen sizes, thanks to some screen protector images we managed to capture at CES 2020. Now, prolific leaker Ishan Agarwal verified some details about the Galaxy S20 Ultra's camera specifications.

Confirmations for the Galaxy S20 Series! The S20 Ultra 5G will indeed have 108MP Main Camera with Periscope Camera that will allow up to astonishing 100X of Hybrid Zoom. S20 and S20+ will continue with 12MP, 6.2 and 6.7” Dynamic AMOLED, respectively. (1/2https://t.co/bRiuKw9Owx

Speaking to Mysmartprice exclusively, Ishan said that the Galaxy S20 Ultra 5G will come with a 108 MP camera lens that will reportedly allow for 100X hybrid zoom. Lower variants will have to make do with Samsung's tried and tested 12 MP sensors, apparently. The leak also corroborates the screen sizes mentioned earlier. The base Galaxy S20 will come with a 6.2-inch screen, the Galaxy S20+ a 6-7-inch panel and the Galaxy S20 Ultra a 6.9-inch display. Last year, Samsung patented a new type of display technology called SAMOLED (not to be confused with Super AMOLED.) It is very likely that the tech will make its debut in the Galaxy S20 series.

There are conflicting reports about the screen refresh rate of the Galaxy S20 series. Initial leaks and pieces of code in One UI 2.0 beta indicated that it would be 120Hz; a fact that was repeated multiple times by multiple sources. The latest information about that, however, seems to indicate that Samsung might switch off 120Hz functionality on the series. We're still optimistic that Samsung will include the feature. They did patent shiny new display tech, and it would be a shame to see it go to waste.