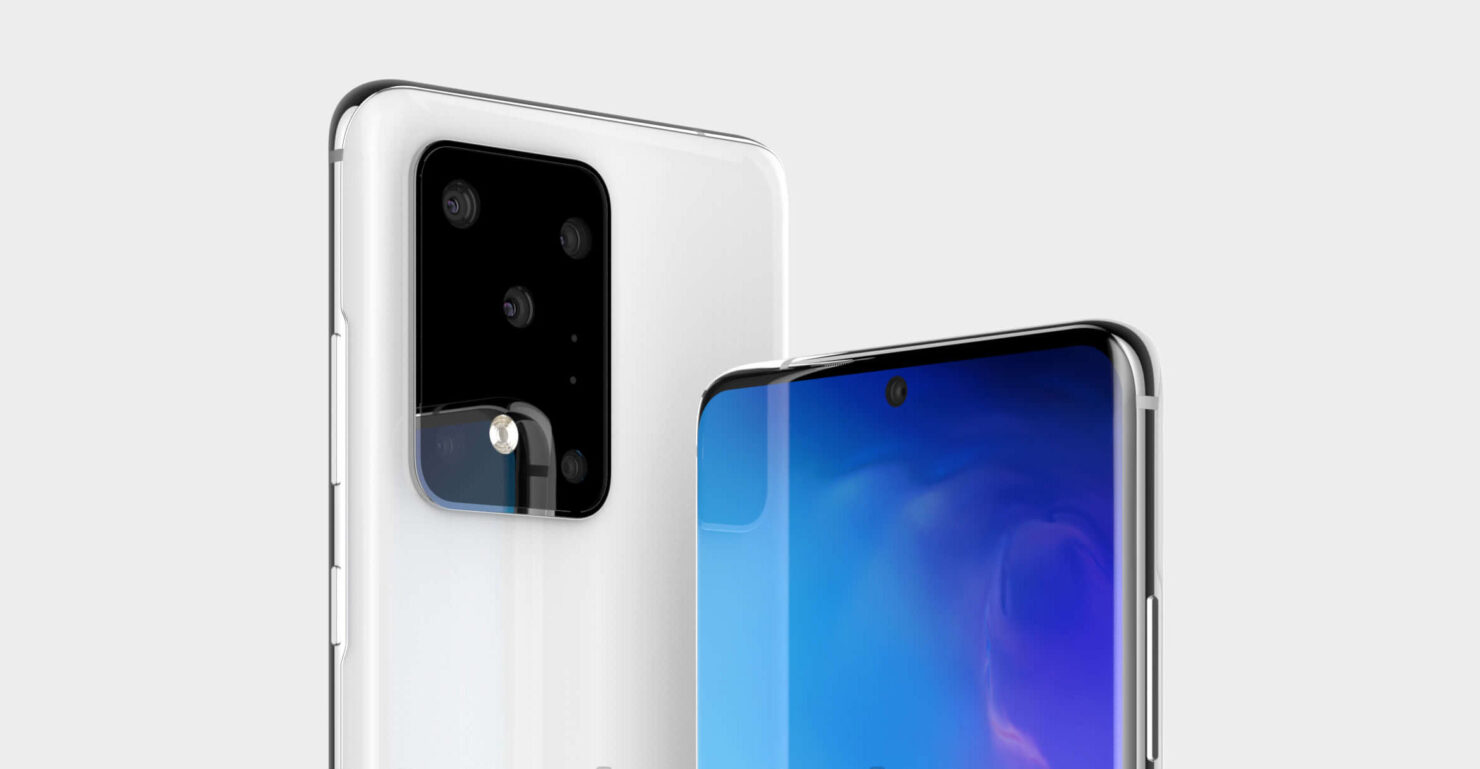 You’ve seen the Galaxy S10 renders, which were followed by the Galaxy S10e ones. Now, for customers wanting the biggest member of Samsung’s 2020 flagship family, the Galaxy S11 Plus, here’s your chance to take a gander at what to expect in terms of a first impression. It’s certainly a large mobile phone, and while the Galaxy S11 Plus design aesthetic has improved from the front, we don’t think readers might share the same sentiment when they take a look at the backside for the very first time.

While It Packs an Enormous Display, Not Everyone Will Be Pleased With the Galaxy S11 Plus Design, Particularly From the Back

One of our favorite Twitter leaksters OnLeaks is back with a third render gallery, but this time, it shows the Galaxy S11 Plus, not the smaller Galaxy S11 or the Galaxy S11e. According to the specifications, the Galaxy S11 Plus display size will measure 6.9 inches diagonally and it will sport a Quad HD+ resolution. Just like the Galaxy S11 and Galaxy S11e renders, the front camera is present at the top center of the smartphone, and while it looks like the display will have a relatively high screen-to-body ratio, the back part of the flagship may not appeal to many.

That’s because of that gargantuan-sized rear camera hump that will most likely be a part of the Galaxy S11 Plus design. However, readers should keep in mind that the rear camera hump will house a total of five camera lenses and two tiny sensors. It’s currently unclear what this impressive hepta-lens sensor array will be capable of achieving in terms of image quality, but we believe that the two tiny sensors will be ToF or Time-of-Flight units. Such additions can most likely be used to improve Portrait images as well as provide a suitable augmented reality experience for users.

As for the Galaxy S11 Plus camera features, we should expect 8K video recording, along with 5x lossless zoom. The primary shooter could be a 108MP unit, but like always, we’ll still wait for more details to come forth to confirm all of this information. As for the dimensions, specifications provided from these CAD renders show that the Galaxy S11 Plus will measure 166.9 x 76 x 8.8mm (10.2mm thickness if you take that camera hump into account).

You can rest assured that the Galaxy S11 Plus design from the back-end will turn some heads, but those seven cameras need to fit somewhere now don’t they? Naturally, we’ll get to know more about what milestone these sensors are capable of achieving, especially when we’re nearing the Galaxy S11 lineup’s rumored launch, which is expected to be held somewhere during February 2020.

Till then, stay tuned for more updates from our side and if you want, check out the Galaxy S11 Plus design through the 360-degree CAD render video given below.