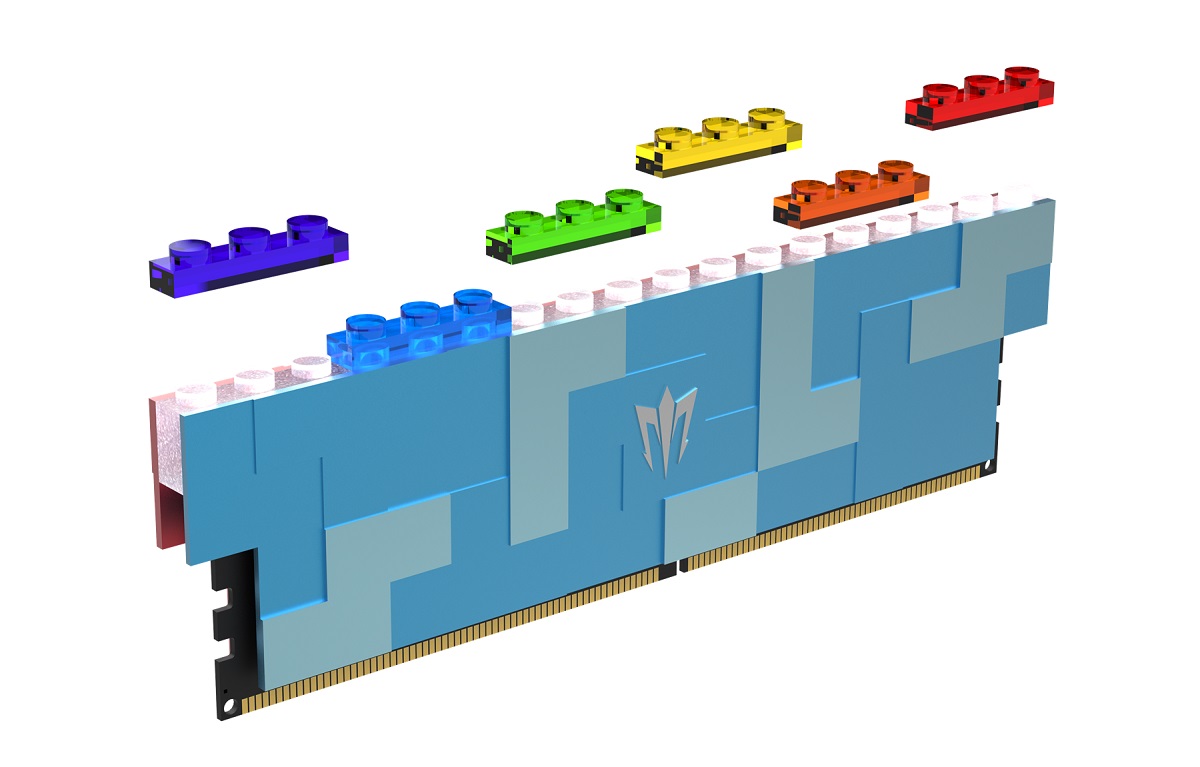 GALAX has shown off its next-generation GAMER RGB series DDR5 memory modules which will take a unique approach when it comes to customization.

We have seen a range of next-generation DDR5 memory modules by various manufacturers but GALAX's modules seem to carry a unique design. The company will be offering its GAMER Series RGB memory modules with a LEGO and Tetris-inspired design. The main heat spreader will use a red or blue color scheme and feature Tetris-themed patterns while the top of the modules will be carrying attachments for LEGOs. In fact, GALAX will be shipping the RGB Series DDR5 memory with a total of 6 bricks that can be attached to the light diffuser on the top. Users will be able to further customize the modules with their own designs and the possibilities seem to be endless here.

The GALAX GAMER RGB Series DDR5 memory modules aren't the first time that GALAX has taken this unique approach as their GAMER GeForce RTX 30 series graphics cards also featured a similar design. As for specifications, it looks like GALAX will be sticking to the standard DDR5-4800 speeds and the memory kits will initially come in 32 GB flavors (16 GB x 2) but the company plans to offer a higher capacity of 64 GB (32 GB x 2) & 16 GB (8 GB x 2) kits in the future with higher speeds clocks.

Pricing should be moderate but availability would be limited to the Asian Pacific market since that's where the GAMER series is primarily targeted at. GALAX will also launch its HOF series memory kits later on which will offer even higher speeds and overclocking capabilities using the best-in-class IC.

Following are all DDR5 kits that we have seen so far announced: