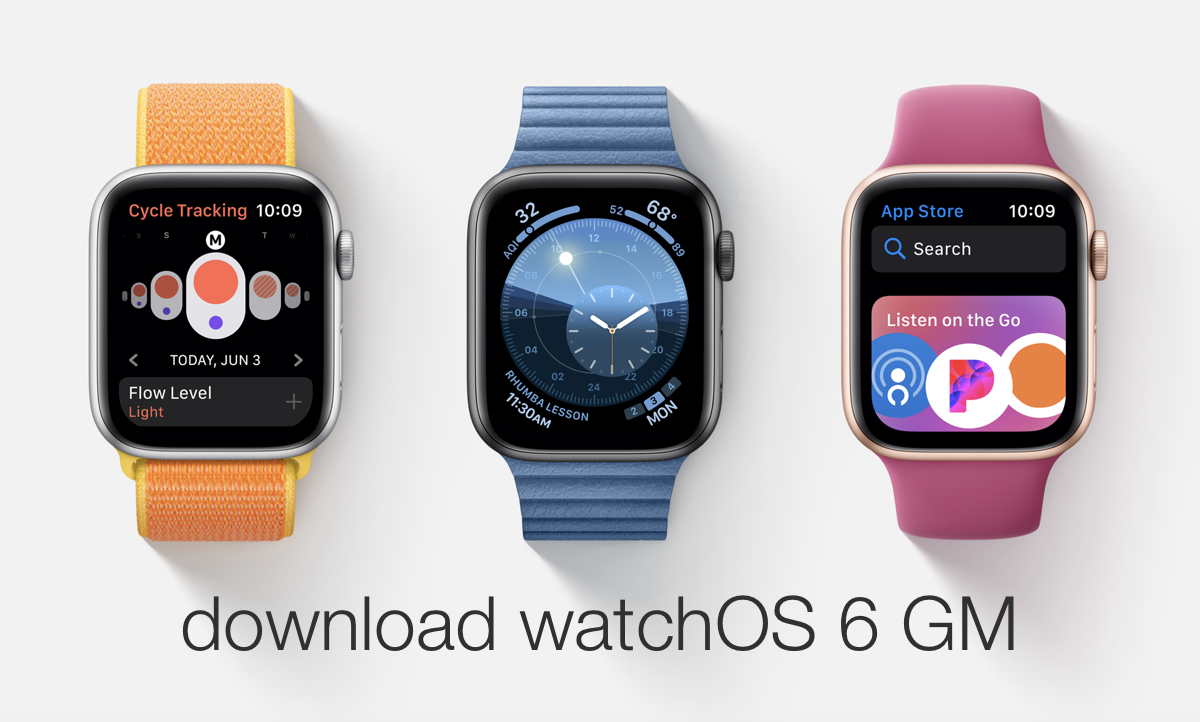 The moment you’ve been waiting for has arrived. You can now download watchOS 6 GM for Apple Watch right now.

Please check out the following as well:

Announced back in June, watchOS 6 has been on the bucket list for a lot of users out there. Today is a lucky day for registered developers as they can download watchOS 6 GM on their compatible Apple Watches, including Series 1, Series 2, Series 3 and of course, Series 4. But right now, this update is available for registered developers only, for everyone else it will be available later this month.

Even if you are not a developer, you can start things up by signing up here with Apple. The developer program membership will set you back $99 on an annual basis, which is fair, given that you get access to every bit beta before anyone else.

With that out of the way, follow the steps outlined below:

Note: If you already have the beta installed, then watchOS 6 GM should appear as a regular update. Head over to Watch > General > Software Update on iPhone in order to download.

This is the part of the process which may take a while to get through. It’s best to leave your Apple Watch on charge alongside your iPhone. Like I mention in a lot of cases, this is the part you whip out that Chemex and make yourself a legendary cup of coffee.

If there are bugs found in this release, Apple will most likely issue a second GM build to developers. But in a lot of cases, Apple simply pushes out the necessary changes on the day of the final release to everyone. In other words, expect more updates, or not, at all.

watchOS 6 is a really nice little update as it packs all the right features in all the right places. For example, you can now use Siri to get detailed answers to questions. You can even identify songs straight from your wrist. If that doesn’t entice you enough, then how about a Calculator app on your Apple Watch? Yup, watchOS 6 has it all.