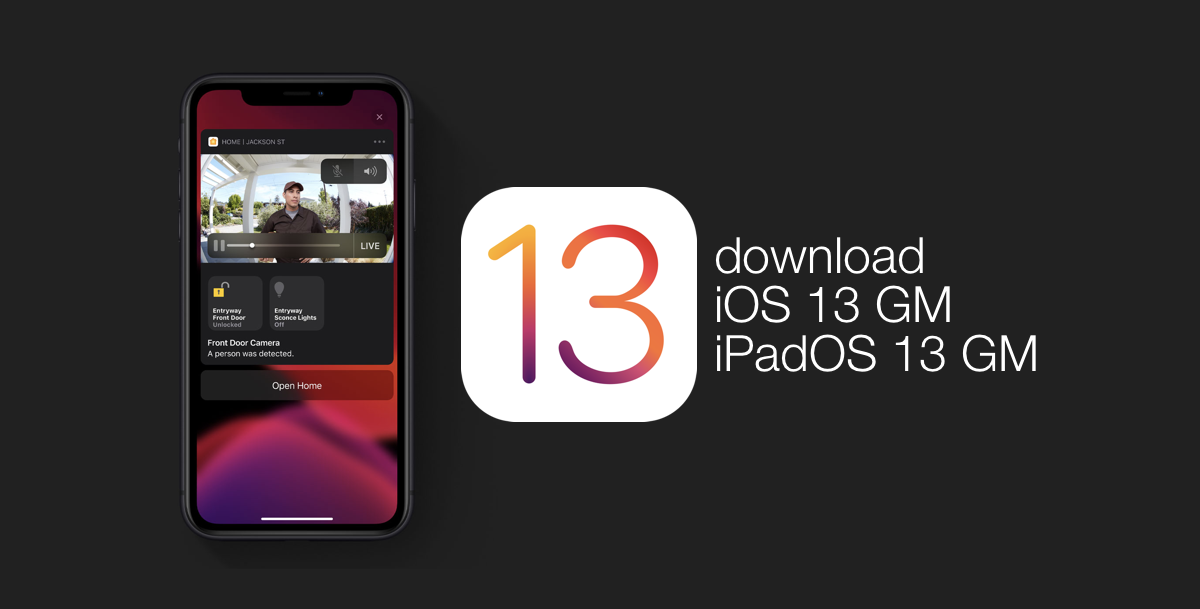 You can now download iOS 13 GM (Gold Master) for iPhone right away if you are a registered developer.

Today’s a great day if you are an Apple fan. Apple has just released for download iOS 13 GM. The Gold Master candidate is not available for iPad users. The Gold Master is essentially the potential candidate for the final build. If no bugs or hiccups are found then the GM will be released as-is to the public in a few days time. However, if something grave is found by Apple, then the company will be forced to release the second GM build or just push out a slightly updated version to the public. In any case, you can now download iOS 13 GM if you are a registered developer with Apple.

Make Sure Your Device is Compatible with iOS 13 GM

Just like the beta, the iOS 13 GM works with a bunch of devices. But Apple has cut support for a couple of iPhones this year. Check out the list here before going ahead with the installation.

This is the simplest route you can take. If you have a previous beta of iOS 13 installed then the iOS 13 GM will be pushed to you over the air. However, if you are having problems receiving the update and are forced onto iOS 13.1 beta instead, then you may want to head over to Settings > General > Profile and remove the Apple configuration profile from here and then try again with the update.

This is the route we will highly recommend if you want to reap the maximum benefits of the new software update. You will get the best battery life, performance out of iOS 13 GM if you opt for a clean install. For more details, follow the guide posted below:

There is a chance that you might not resonate well with Apple’s brand new software update for any reason at all. If that is the case today then you might want to check out our tutorial on how to downgrade iOS 13 GM / iPadOS 13 GM back to iOS 12.

For more details on this, check out the link below: