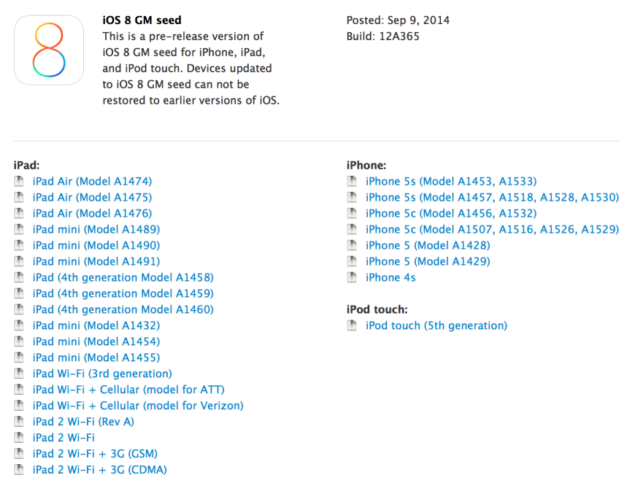 iOS 8 was unveiled by Apple at WWDC 2014 keynote and has seen a several number of beta builds since then. The last beta 5 of iOS 8 was released a few weeks back which also brought in new improvements such as SMS relay. iOS 8 introduces new features and improvements especially interactive notifications, Messages app, and support for third-party keyboards. You can now download iOS 8 GM build for the following iOS devices:

This iOS 8 GM build is only available to download for developers. You can download iOS 8 GM from iOS Dev center and then install it on your device.