Apple's next-gen iPhone 6 leaks and rumors have been numerous with even the last day being filled with more than just a couple. It has to be said though that not much shade has been thrown on the naming policy of the upcoming iPhone 6 "variants". As this year is the first that Apple is going to launch a larger 4.7-inch iPhone 6 and another 5.5-inch iPhone 6, Apple would definitely need more than just the c or s at the end. The latest iPhone 6 leak claims that Cupertino has named 4.7-inch iPhone as iPhone 6 and the larger 5.5-inch iPhone will be named as iPhone 6 Plus - a name that has never come up in any leaks surrounding the device so far. 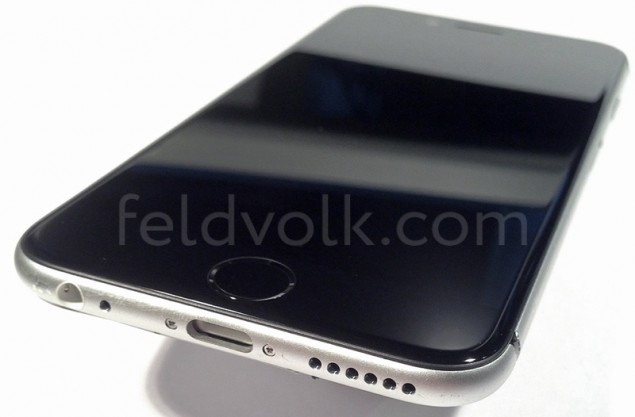 A different naming scheme for two brand new iPhone 6 models was definitely needed. Earlier, we had quite a lot of speculation around the name iPhone Air as the one being used for larger 5.5-inch smartphone.
However, Japanese blog Macotakara claims that Cupertino is going for "iPhone 6 Plus" rather than the Air or the iPhone 6L. Here is the excerpt taken from the blog:

"Apple is, of September 9 Special events next iPhone, which is rumored to be announced at has predicted called "iPhone 6" 4.7-inch LCD model, and referred to as the "iPhone 6 Plus" 5.5-inch LCD model." - Macotakara [Google Translated]

While we have our salt shakers with us, Plus actually sounds rather plausible hinting at the larger (than the larger) smartphone of the two variants available. However, we have to say that a simple plus doesn't really sound very Cupertino-ish, a company that usually takes a lot of thinking and hinting in naming its products.

In any way, there is at least something said about the naming scheme - however speculative that may sound. Apple is all guns out for its biggest unveiling tomorrow at the Flint Center, Cupertino California housing the biggest seating arrangements ever done for Apple unveiling. Company is expected to launch the 4.7-inch iPhone 6, iPad Air 2, and possibly its first ever smartwatch which too is expected to be launched in two variants and 8 color choices.