We know Apple for being a perfectionist. The tech leader takes its time in launching its products but makes a blast every time it introduces a new product in the market. After 2010, this is the first year that a completely new product is expected from Cupertino in the shape of a smartwatch, popularly known as iWatch. While many enthusiasts waited to buy any currently offered smartwatch and sort of relied on Apple to launch its iWatch, it looks like Apple may not just make a huge blast with iWatch. Expected to be launched alongside iPhone 6 variants on September 9, recent analysis reports that Apple may just have compromised on battery performance for better image quality. 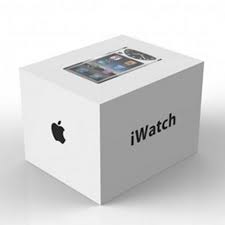 This iWatch battery analysis reveals that Cupertino may be making a few big compromises in its latest product.DisplaySearch analyst Charles Annis has released a new note suggesting that Apple has focused on the QVGA AMOLED display of the iWatch which possibly can be a bad news for battery performance. Considering its thinness, light weight, and of course image quality, Apple seems to have "prioritized image quality over battery life" as the analyst says:

“Since Apple has not provided any information on when exactly (or even if at all) the product will launch, what it will look like and what features it will offer all remain in the realm of speculation. But Apple’s display manufacturing partner LG Display is believed to be ramping up production of 1.3” and 1.5” QVGA AMOLEDs on plastic substrates."..."If these are for the iWatch, it could be an indication that Apple has prioritized image quality over battery life. Another benefit of AMOLED on plastic is that it can be extremely thin, light and rugged.“

A new report released only a few hours ago revealed that Apple will unveil iWatch on September 9 along with the next-gen iPhone variants. The earlier release as opposed to the rumored-October release indicates that LG is indeed producing the screens for Apple. Not that other smartwatches are doing any good with battery performance, it is interesting, however, that Apple is not tapping into providing better iWatch battery performance as it would be a desperately-wanted feature for a gadget that is used all day long.

We cater to your constant need to remain up to date on today's technology. Like us, tweet to us or +1 us, to keep up with our round the clock updates, reviews, guides and more