In our previous report, we talked about how AMD Ryzen processors have started outselling Intel Core processors in the South Korean market for the first time in history but that's not all. Ryzen momentum continues and AMD processors gain an even higher market share than Intel in the following months. 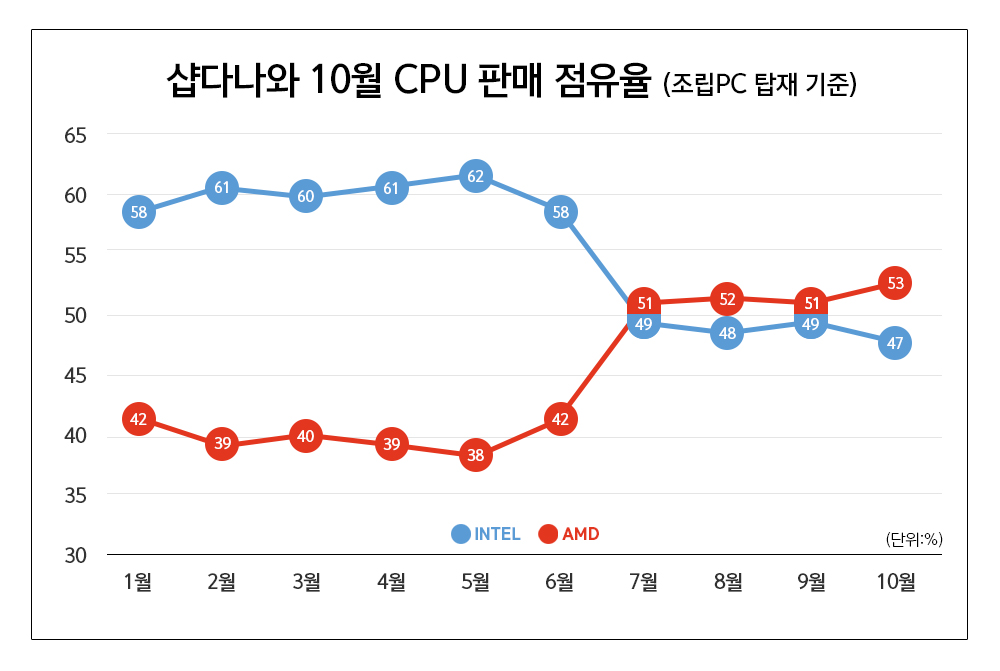 For October, AMD's CPU market share in South Korea climbed to 53% from 51% in September. The Intel CPU market share fell from 49% in September to 47% in October. 47% is the lowest market share number which Intel has hit in recent history before Ryzen 3000 series was introduced. Prior to the release of AMD's Zen 2 core processors, Intel was enjoying a steady 60% average market share but issues with their 14nm supply and losing the competitive edge in the ongoing core wars and little to no IPC gains has led to their demise in the South Korean DIY market. 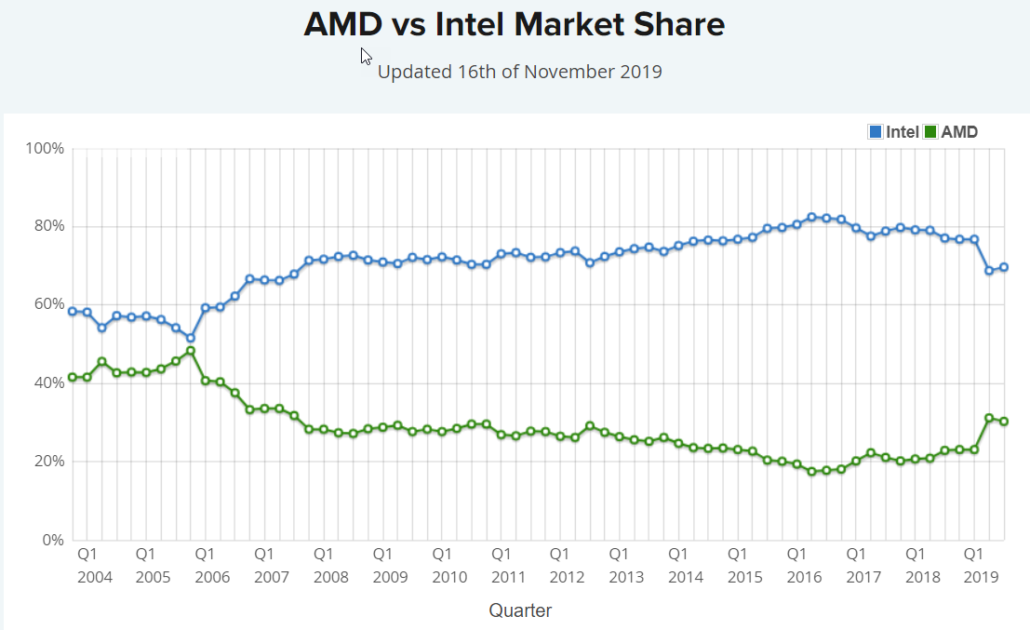 According to CPU Benchmark, AMD Ryzen processors had a share of 30.3% while Intel Core CPUs had a share of 69.7% for Q4 2019 (data compiled up till 16th November. These figures are mostly for CPUs in use and not for the total number of CPUs sold as is the case with some other retailer based numbers (Mind factory, etc). Also, the numbers aren't for a specific region but for the entire globe so all user data is submitted back to CPUBenchmark is being taken into account here. Well, since we mentioned MindFactory too, their own results show that AMD sales are still going on very strong and October was another big month for 3rd Generation Ryzen CPU sales for the retailer.

Now we have shown you three different data points from various retailers and databases but we will also show you the latest figures from Dean McCarron at Mercury Research (Tomshardware). Mercury Research being an independent CPU market analyst firm has been sharing market share reports for AMD and Intel CPUs for a while now. According to the latest data, the AMD desktop CPU market share stands at 18% in Q3 2019 compared to 17.1% in Q2 2019. This is a 0.9% increase from the previous quarter and a 5% increase from the previous year. 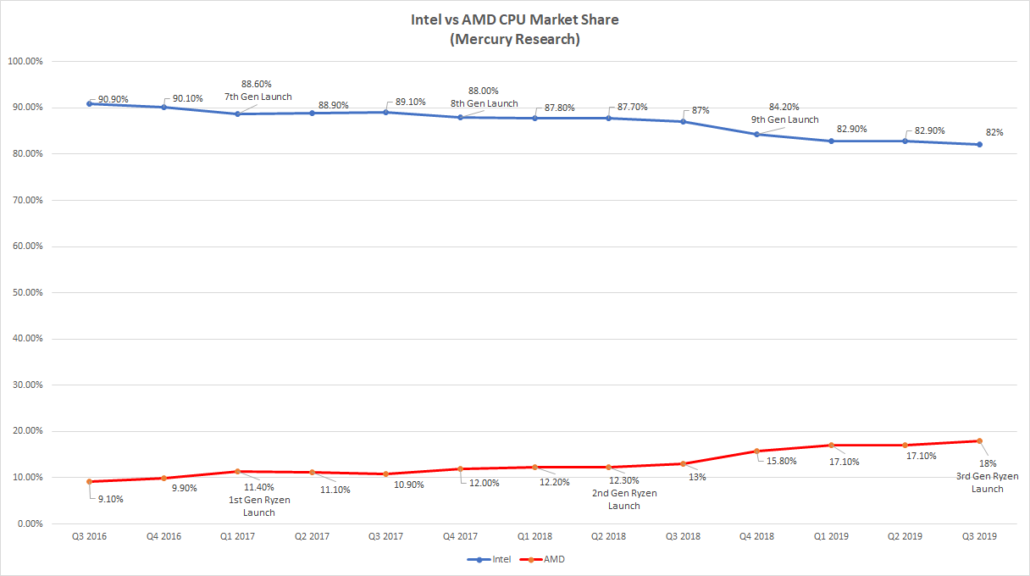 The AMD Ryzen 3000 series line currently consists of processors starting at $199 US and going all the way up to $749 US such as the flagship Ryzen 9 3950X that hits retail shelves on 25th of November. It is possible that with the arrival of even more budget options such as the Athlon 3000G, the Ryzen 5 3500X and Ryzen 5 3500, we can see the market share climb even higher, especially in the Asian Pacific region where these sub $150 US processors are very popular for budget builds and eSports gaming cafes. Results from our own survey show that more hardware enthusiasts are rocking AMD CPUs in their PCs now which further acknowledges the rise of AMD in the DIY segment.