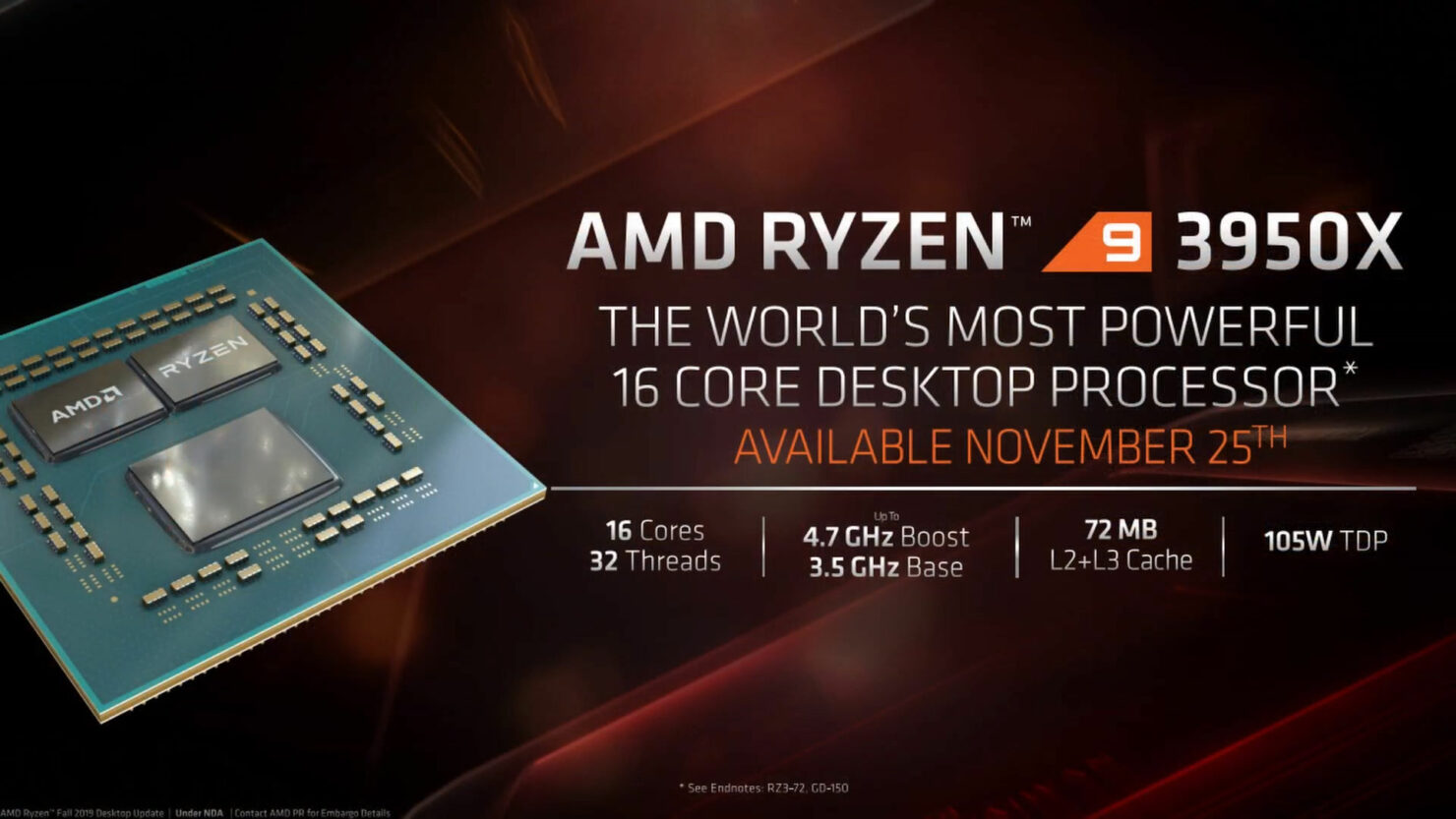 AMD has officially lifted the embargo off its flagship mainstream processor, the ultimate 16 core, the Ryzen 9 3950X. Featuring the best-in-class performance for a 16 core processor, the AMD Ryzen 9 3950X will be available on the mainstream AM4 platform on the 25th of November, but those who have been waiting to buy the chip, you can see its performance results early on.

The AMD Ryzen 9 3950X review embargo has officially lifted which means that we can see reviews from independent and well-established tech outlets now. As for our review, we got the chip slightly later, but we assure you our review will be published in the coming week with MSI's MEG X570 Unify motherboard which is an absolutely stunning board to go along with AMD's flagship mainstream processor. Following, are some of the reviews that you should be reading for the Ryzen 9 3950X:

Following is what reviewers had to say about the Ryzen 9 3950X:

In terms of absolute performance across our benchmark range, Ryzen 9 3950X has the lead. This metric also puts the 3900X above the 9900KS, because despite the 5.0 GHz all-core on 8-cores, moving to 12-core and 16-core at almost the same performance per core gives more of an advantage in our test suite's MT-heavy workloads. As we move to the more expensive HEDT chips, the 16-core and 18-core from Intel, then even with strong AVX-512 performance, it’s not enough to offset other areas. 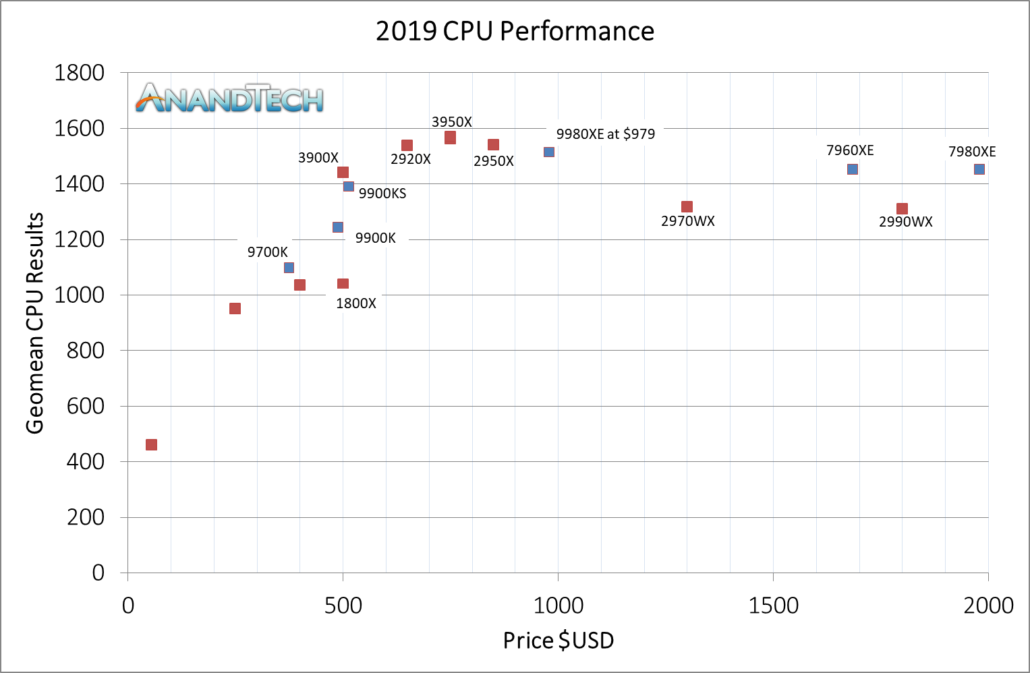 For users who want the best without going to the high-end desktop, Ryzen 9 3950X has the best overall score out of all the chips we’ve ever tested.

The Ryzen 9 3950X represents the pinnacle of AMD’s single-threaded and multi-threaded performance. It offers both of those things in the same CPU rather than asking users to choose between one or the other. It demonstrates sustained, multi-year double-digit performance improvements, even considering the constraints of bringing a 16-core part into a dual-channel memory configuration — constraints that do not seem to bind third-generation Ryzen as much as some, including myself, were concerned they might. Further research is warranted, and there will be workloads where memory bandwidth is necessary, but the trends are positive. Most Ryzen upgraders will be better served by an eight-core chip, but AMD users who need the firepower 16 cores can offer will not find them lacking.

As impressive as the Ryzen 9 3950X is, it’s just the opening salvo in AMD’s November 2019 72-Core Launch Salute. Threadripper 3 is coming.

The Ryzen 9 3950X is a superb processor that will send a significant message to the market. Remember when the solid advice for users and freelancers who do heavy tasks such as rendering, or video encoding, or 3D design was to buy a HEDT part so that you have high performance in the day and gaming capability at night? The Ryzen 9 3950X now, single-handedly, takes over that recommendation pretty much unchallenged.

The AMD Ryzen 9 3950X processor is likely the most impressive mainstream desktop processor launch of the decade. AMD has managed to give the community a 16-core, 32-thread CPU for the mainstream AM4 platform without sacrificing performance. Over the years we’ve seen companies lower clock speeds when they add cores, but AMD actually increased the clock speed on the 3950X while adding more cores. That is something rather special and was made possible thanks to binning.

The Ryzen 9 3950X is the most impressive CPU we have seen from AMD, not only when it comes to beating Intel, but also when it comes to taking full advantage of the new 7nm process and microarchitecture. We are so impressed by this CPU, but we will say that at $750, AMD is pricing it in scale to what the 3900X costs in regards to price per core, but AMD doesn't have to budge too much in that regard because of the performance. The existence of the 9900KS and the huge price reduction in the future Core X-series line by Intel all make sense now that the 3950X's performance has come to light.

In terms of clock speeds, the AMD Ryzen 9 3950X runs at a base frequency of 3.5 GHz and boosts to a blisteringly fast 4.7 GHz which is the highest for AMD’s Ryzen 3000 series processors. The chip will feature 72 MB of total cache and just like the other Ryzen 9 parts, feature a TDP of 105W. The TDP is based on the base frequency numbers so it will actually be higher when the chip boosts or is manually overclocked by users. 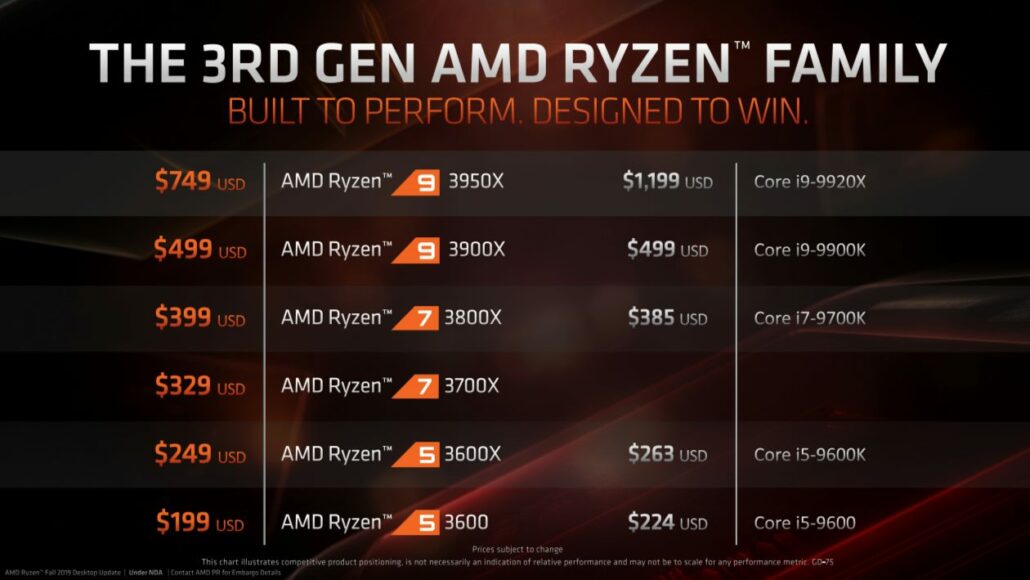 In addition to the review embargo lift, MSI and ASUS have also announced their world records which were achieved on their respective AM4 X570 motherboards along with the Ryzen 9 3950X. MSI has broken the frequency record of 6041 MHz on the 16 core, 32 thread flagship using their MSI MEG X570 Godlike motherboard and achieved a Cinebench R15 multi-threaded score of 5683 points. It was also reported that the single-core maximum frequency achieved was 6041 MHz while the all-core frequency was 5575 MHz. 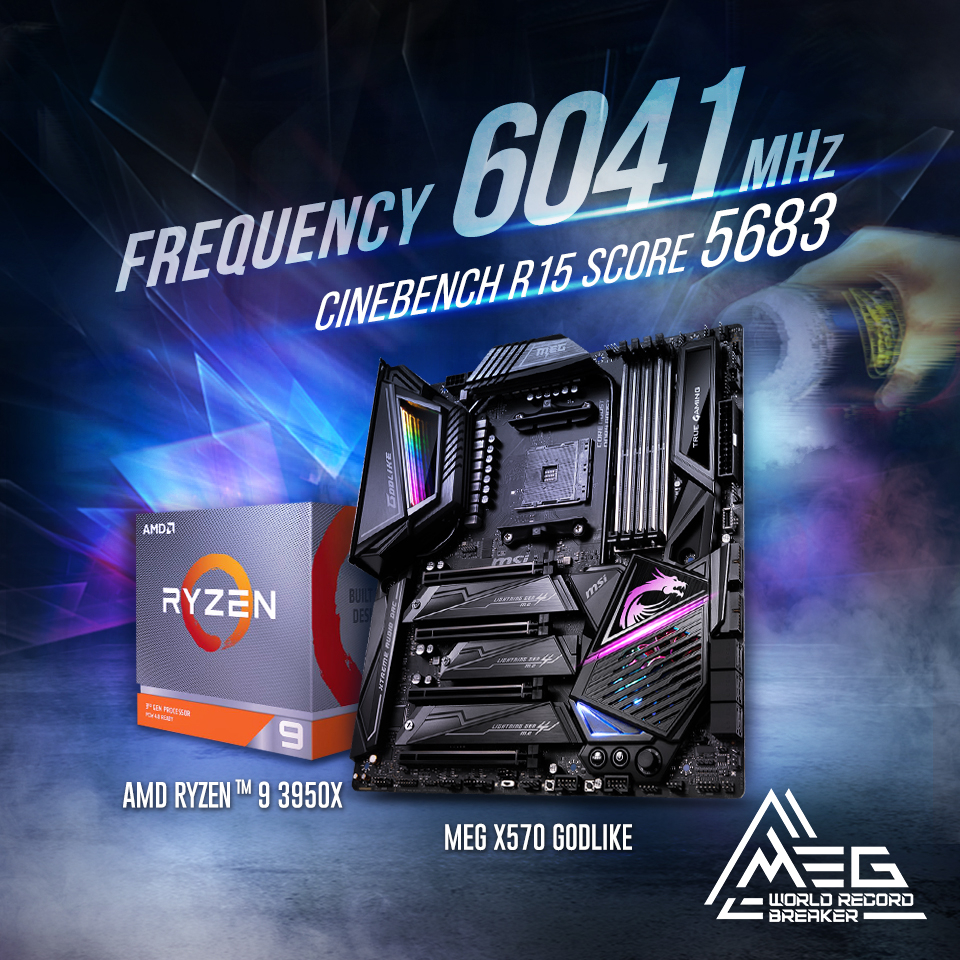 The MSI overclock was achieved by renowned Taiwanese overclocker, TSAIK, who pushed the board to its limit using LN2 cooling. You can see the HWBOT submission of the frequency here.

ASUS, on the other hand, showcased the power of their ROG Crosshair VII Impact, a motherboard designed for memory overclocking. The motherboard achieved with the Ryzen 9 3950X, speeds of 6 GHz, both for the CPU and memory which is insane. 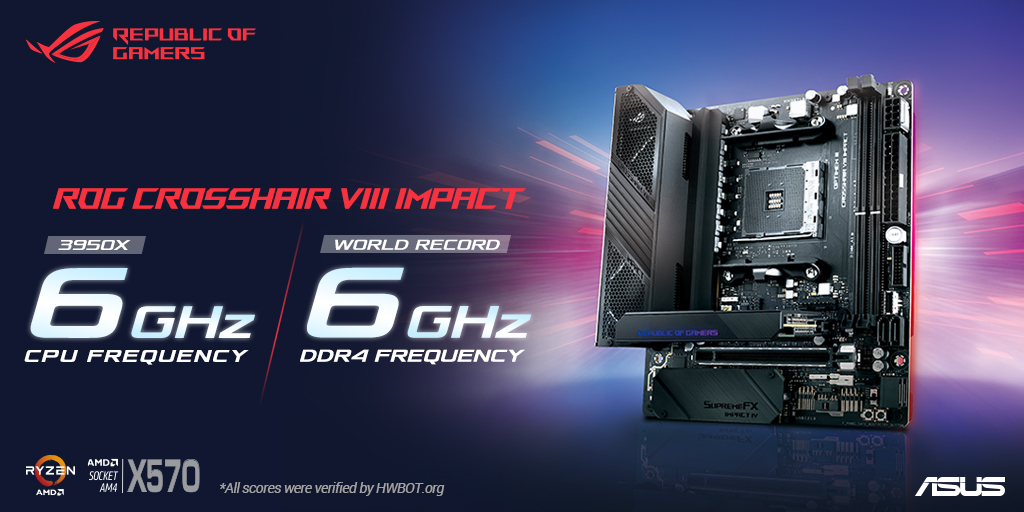 The feat was achieved by South Korean overclocker, Safedisk, who also scored 5688 points in the CInebench R15 benchmark, slightly edging out the MSI MEG X570 Godlike. The reported frequency was also 5575 MHz for the Ryzen 9 3950X. Following are a few shots from the overclocking session: