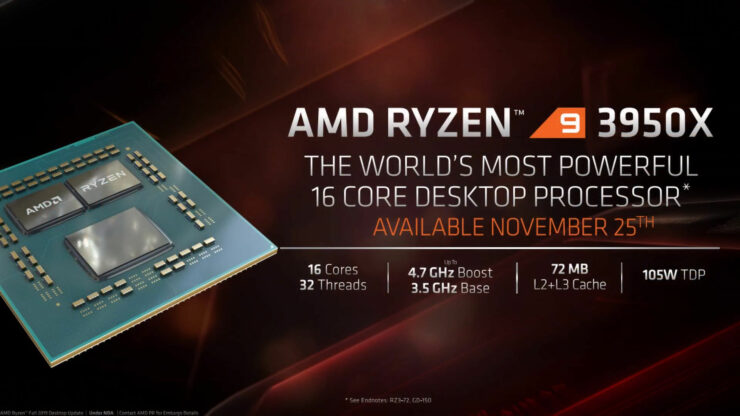 In addition to the 3rd Gen Ryzen Threadripper and TRX40 motherboard lineup, AMD has also announced its flagship mainstream processor, the 16 Core Ryzen 9 3950X would be arriving on shelves on 25th November for $749 US.

So in order to make today's launch more exciting, AMD decided to announce the official availability of two more processors on the mainstream segment, the Ryzen 9 3950X and the Athlon 3000G. For all we know, nothing about the Ryzen 9 3950X has changed but AMD did unveil some new & official performance numbers for the chip. Before we talk about the performance, let's take one good look at the specifications.

When it comes to overclocking, we also know that like all other Ryzen CPUs, the Ryzen 9 3950X will feature a soldered design that should help deliver better thermals than TIM. AMD has clearly stated that the Ryzen 9 3950X operates best when coupled with a liquid cooler so if you're planning to buy one, make sure you either get one of the high-end AIO liquid coolers or do a custom loop setup yourself. The processor is scheduled for launch on the 25th of November for a price of $749 US.

So coming to the performance numbers, first we have the creator application workloads where the AMD is comparing the Ryzen 9 3950X against the Intel Core i9-9900K and the Core i9-9920X. The i9 9900K is being compared since it was the flagship mainstream chip until a few days ago and even if AMD added the 9900KS, the performance difference won't be that huge. The other chip is the i9-9920X, a 12 core, and 24 thread part which for most of its shelve time retailed at around $1200 US until very recently when Intel decided to cut prices of their entire lineup to stay competitive against AMD. 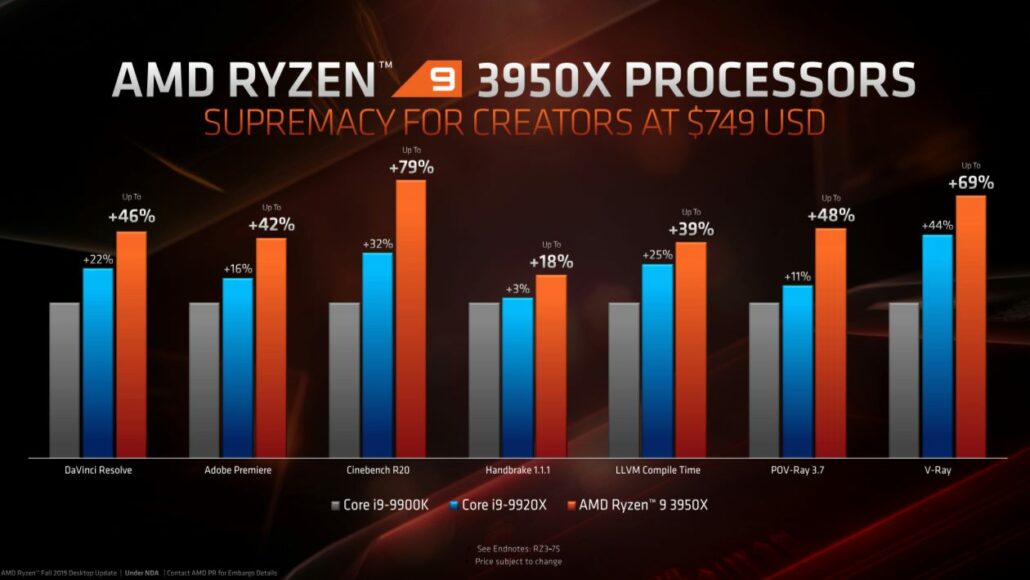 Here, we can see that the Ryzen 9 3950X simply annihilates the Intel lineup, offering up to 79% better performance which is simply impressive.

But that's not all, with Ryzen 3000 series processors, AMD managed to get close to Intel's CPU in gaming performance but there was still room for optimization when it came to Ryzen's gaming performance. Well, the Ryzen 9 3950X is shown to offer performance on par or even better than the Core i9-9900K at 1080p in several titles which is another impressive feat for the upcoming mainstream flagship. Independent reviews would offer a detailed look at the gaming performance but those are expected to arrive on the 25th of November when the CPU hits retail shelves. 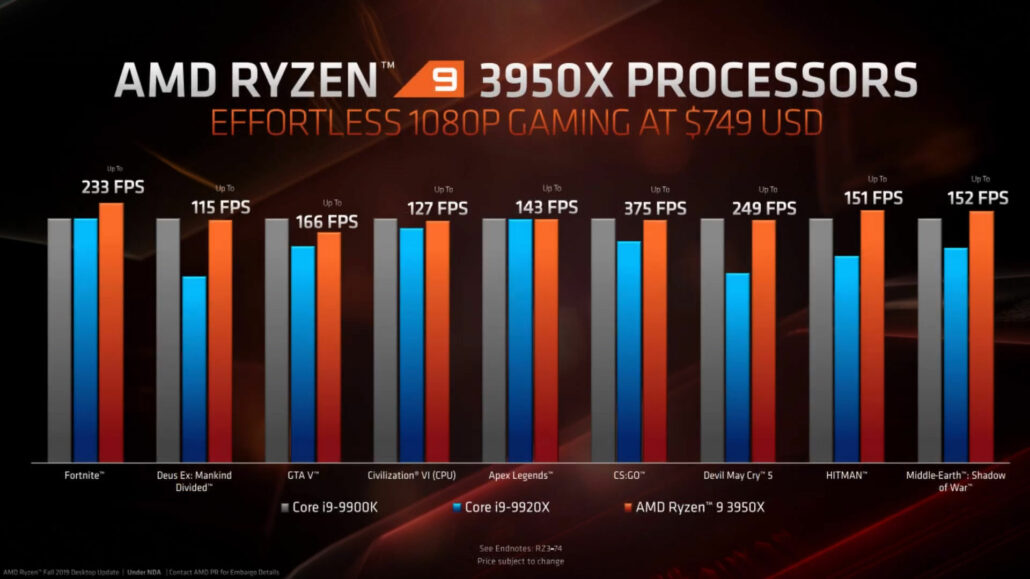 AMD is also hitting Intel back with their impressive power efficiency figures which in the case of Ryzen 9 3950X are looking superb, offering more than 2 times the performance per watt compared to Intel's Core i9-9900K in Cinebench R20. Also, AMD is introducing a brand new eco-mode feature on Ryzen 9 3950X which would not only offer lower power draw but also lower temperatures while offering up to  77% of the full performance of the chip. 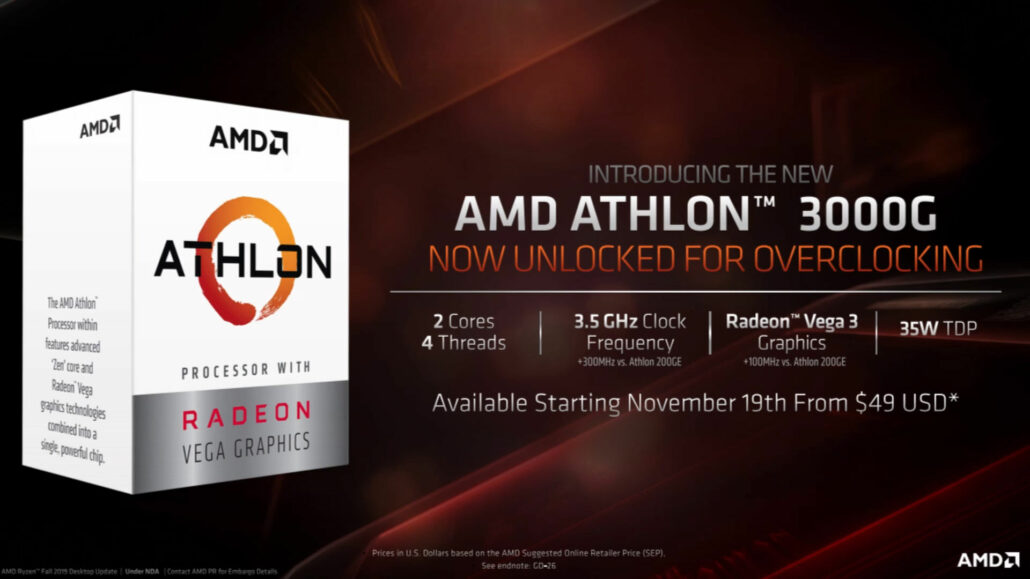 AMD has stated that the Athlon 3000G would hit retail shelves on 19th November for a price of just $49 US. This makes it a very nice option for entry-level PCs. You can even couple it with a low-end RX 550 or GTX 1050 graphics card for gaming at 1080p in several eSports titles.