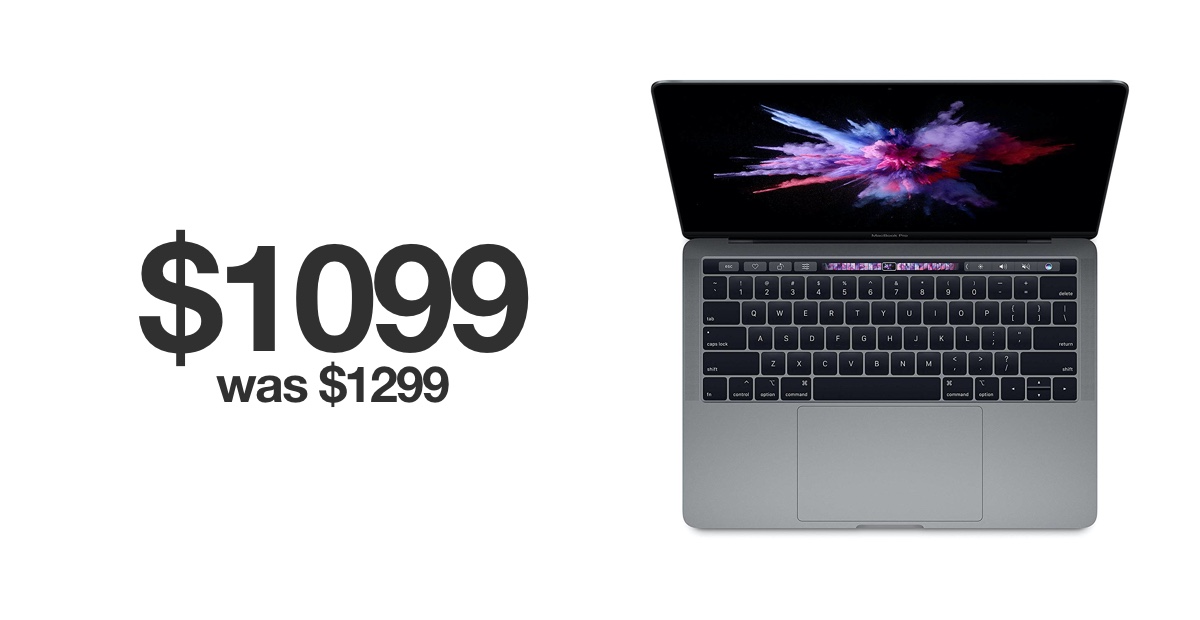 Apple's insane value MacBook Pro with Touch Bar is currently selling for $1,099. This is a limited time Black Friday 2019 deal.

It's safe to say that Apple's base model MacBook Pro is the most deceiving notebook you'll ever come across. One look at the specs and you'll think it's the most underpowered 'pro' notebook Apple has ever made. But the benchmarks tell an entirely different story that's what makes this one of the best value laptops around from Apple.

Packing an 8th-generation Intel Core i5 quad-core processor clocked in at 1.4GHz, this MacBook Pro is no joke in any case. It even packs a 13-inch Retina display, 2 Thunderbolt 3 ports, Touch Bar, Touch ID, 128GB SSD, 8GB of RAM, 10 hours of battery life and more.

Coming back to that processor, it has a Turbo Boost clock of 3.8GHz, meaning that on paper it might seem slow, but when the situation demands it, the notebook will deliver on the performance end. In other words, if you want the best value MacBook Pro right now, then Apple definitely has one in its lineup and a $200 saving is just an icing on the cake.

More deals? More deals! Check them out below:

See All Stories From Black Friday 2021