Multiplayer games don't quite follow the same pattern of single player games. Because of their very nature, they can stay relevant for many years as long as the developers keep updating and the gamers keep playing.

As a result, there are plenty of games released in previous years that are absolutely still worth your time. However, for the purpose of this list we'll only consider titles that became available during 2017; don't forget to check our Most Anticipated Multiplayer Games of 2018 article, too!

This is the biggest game in the world right now, bar none. It's crushing all sales records and it isn't even officially out on Xbox One, not to mention that it will probably launch on PlayStation 4 as well later on.

The Battle Royale genre practically exploded with the immense success of PlayerUnknown's Battlegrounds and it is no coincidence. While the game might be not fully polished yet even on PC, it provides a virtually endless thrilling sandbox experience that entices people to come back for more. This is the king of multiplayer games right now, there's no doubt about it.

Epic's Fortnite has been in development for so long that many were skeptical when it soft-launched in 2017. While its core 'Save The World' PvE mode didn't set the gaming world on fire, the 'Battle Royale' PvP mode propelled Fortnite into the orbit. Fortnite recently celebrated 45 million players by releasing a major update to both PvE and PvP modes.

As the only free-to-play game on our list, you can just go ahead and try it to check if it's up your alley as well.

Ubisoft proved time and again to have mastered the art of supporting games post-release. Ghost Recon Wildlands is just one of the latest examples.

While the game didn't have an especially memorable campaign, its four players co-op was plenty of fun with friends. Ubisoft didn't stop there though, they've added a free 4v4 PvP mode called Ghost War that's incredibly engaging to play for those looking for a tactical shooter experience. With expansive and well designed maps, a strong class system, not to mention the variable time of day and weather adding lots of variety, Ghost War is simply a blast that's currently underappreciated by the larger public.

Gran Turismo Sport disappointed at launch for its lack of a proper single player mode (though that has been rectified now).

However, when it comes to racing multiplayer games it's up there with the best. Here's what Nathan said about the online in GT Sport when he reviewed the game.

Sport Mode is also just about the most polite online environment you’ll ever encounter. Your standing in Sport Mode is determined by your Driver Rating, which goes up as you win races, and your Sportsmanship Rating, which is based on how well you play by the rules. Crashing into opponents, forcing other cars off the track, or even waiting too long to brake before a turn will affect your Sportsmanship Rating. The system already seems to be working well, as I was always matched with appropriately skilled opponents and rarely encountered any disruptive drivers. It’s up for debate whether building Gran Turismo Sport around an online mode was the right choice, but at least it’s a good online mode. 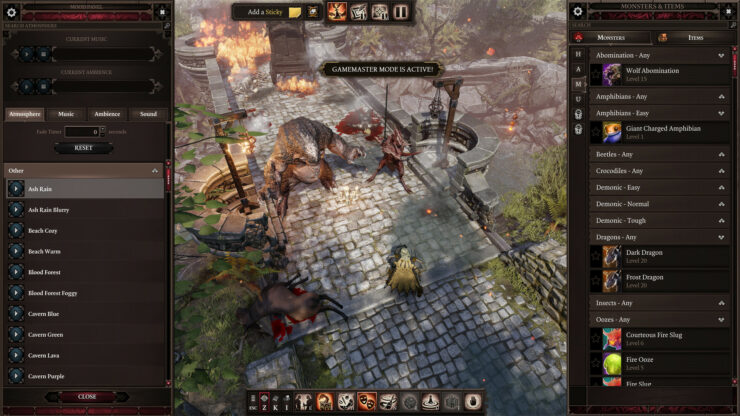 To begin with they've upped the players' cap in cooperative multiplayer from two to four. Then they introduced competitive questing, giving each player in the party the choice to go on their own and complete objectives that might be in straight opposition to the ones of their (former) teammates.

Finally, they've empowered the community with an incredibly deep Game Master mode. You may now recreate your D&D sessions and play them with your friends in Divinity: Original Sin II. What more do you want? There's no wonder Francesco ended his review with the following summary.

There are a few additional multiplayer games released in 2017 that we'd like to commend. For instance, Call of Duty: WWII made a strong comeback with its boots on the ground approach and the new objective oriented War mode.

Splatoon 2 is the go-to multiplayer game for Nintendo Switch fans owners (alongside Mario Kart 8 Deluxe). Whether it's at home or abroad, you can happily unload ink on other folks.

Then there's Absolver, the unique online fighting game where players aren't just limited to PvE and PvP modes but can also create their own fighting school and mentor others.

On the MMO front, it was the year of expansions. Guild Wars 2 got Path of Fire, Elder Scrolls Online added the fan-favorite Morrowind region and Final Fantasy XIV received the Stormblood expansion. These were already the best MMORPGs on the market and they only got better with the expansions.

Are there any multiplayer games you loved in 2017 not listed here? Let us know in the comments.