I always find reviews like this difficult. It was only a month ago I wrote a preview of Elder Scrolls Online: Morrowind. Honestly, little has changed since then. What I loved, I still love. What I wasn't sure of, I'm still not. It invariably means that I'm going to be covering things again, but expanding where I can. This is Vvardenfell. This is Elder Scrolls Online: Morrowind.

One thing that needs to be said is that the early access of ESO: Morrowind is deprived of players. As a result of this, Battlegrounds and group-oriented events are greatly impacted. I've only been able to play a handful of Battlegrounds and very few group world bosses or delves.

Little has changed in the case of starting your new Warden character. While experimenting, I've become happier with the variety the class offers. I've actually been able to use all three skill lines to a reasonable extent. Animal Companion is still the biggest draw with the summonable bear acting as a fantastic damage dealer and tank.

It's the earlier mentioned duality, that I wasn't sure about, that really shines as you level up. I've found great success with Animal Companion as my primary skill line. It can then be combined with a healing skill or two to act as a healer for my team and bear. Other than that,  skills from Winters Embrace gives either additional defense or damage dealing potential.

What turns out as the most effective combination for me is focusing on using a bow to keep my distance and deal some damage. I wear light armour to reduce magicka costs and increase recovery. Solo play or in a group, my bear acts as a fantastic party member, absorbing damage and dealing it, taking the attention of an enemy or two. It's well-rounded off with the damage dealing abilities from Animal Companion and Winters Embrace trees.

Most important with the Warden is that it isn't overpowered. Primary classes will still have an advantage. It isn't going to be the primary healer or tank. It's a strong damage dealer, that's certainly true. What helps push it forward is just the versatility on offer.

Although, as I mention, finding groups for extensive times has been difficult, it plays into one of the strengths of Elder Scrolls Online. Playing alone has never been an issue with Elder Scrolls Online because, much like core Elder Scrolls titles, it's rich in exploration opportunities and quests let you fall into huge stories that introduce you to so much of the world.

As you go through ESO: Morrowind you'll encounter a great number of quests. There's a huge variety on offer, moving from standard collection quests with a bit of a spin on them. For example, one of the Ashlander groups have you show your support of them by collection four different things to simply them plant them on an altar. One early quest chain in Balmora has you find a Redoran councilors daughter, to then expand further into a tale of intrigue and political machinations.

It does allow Morrowind to feel more like a traditional Elder Scrolls game than the quests from early content. In making it feel like this, though, it puts one of MMO's greatest issues to the forefront. It's all good and well a quest telling you that you are the saviour, you're the one who can save the world. It just takes you out of it when you see another ten people who are also the one and only savior.

One other problem is that exploring Vvardenfell isn't quite as interesting as it was fifteen years ago. This is a simple result of it being a land we are already familiar with. That familiarity does help, returning to somewhere you know but just different enough. Seyda Neen, Vivec City or Sadrith Mora, these are places you know. The problem with this reliance on nostalgia for older fans is that the sense of exploration that came from the original areas, and from single player Elder Scrolls titles, is diminished.

Another core issue with the new expansion are the Battlegrounds. It's possible it was a result of fewer available players, but they suffer from huge discrepancies in team stats. There was no discernible balancing. While champion points are deactivated in the battlegrounds, ordinary levels and equipment stats played a huge effect, so almost every game found a team hindered with a low-level player unable to do much at all.

It's a shame because a balanced game can be incredibly compelling. It offers a much more intense and focused event than the PVP found in Cyrodil. While not as grand or epic, the to and fro between teams is exciting. Capture the Flag, Team Deathmatch or Domination, they all end up in some sort of madness. The rewards of this madness are alliance points, also rewarded in Cyrodil. In addition to these points are pieces of equipment, medals and experience. The battlegrounds also bring a number of new, specific, achievements.

All that can really be said is that the more I've played Morrowind, the less enthused I've become. It's certainly a good addition to Elder Scrolls Online and were it priced somewhat more reasonably, or included more content, then I'd wouldn't be able to fault it. Sometimes the land, or content on it, feels sparse due to the inclusion of some great, long, quest chains. Other flaws come with the lack of balance from battlegrounds. The wildlife of Morrowind also feels a little too generic.

Morrowind, as an expansion, will likely not be enough to bring new people into the fold. It may be enough to entice people to buy and then explore the original content. What it likely will do is bring a lot of the original Elder Scrolls Online players back to the game. 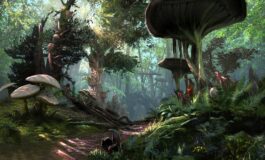 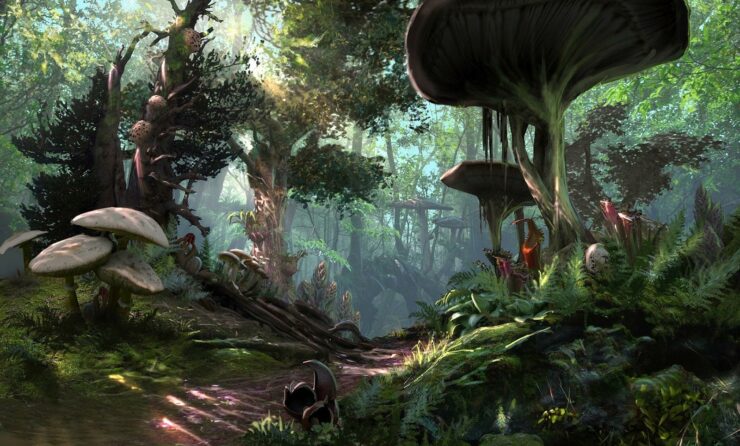 Elder Scrolls Online: Morrowind certainly offers some great quest lines and a fantastic nostalgia trip for those familiar with Vvardenfell. However, it feels a lot emptier, with monsters being simply unexciting and the new PVP being abysmally balanced. The new Warden class, however, offers an interesting new way to play.