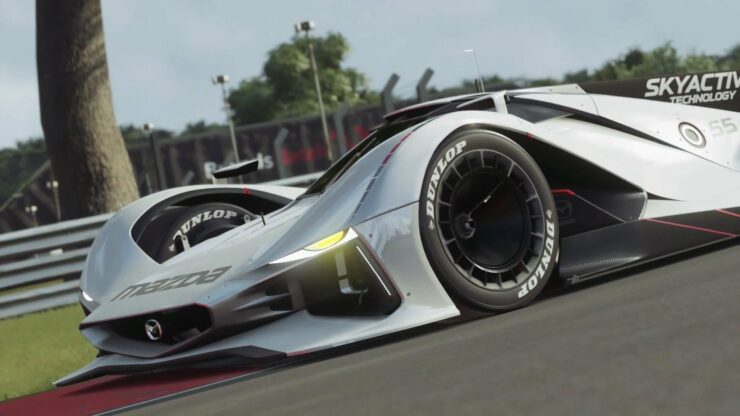 GT Sport, the latest entry in the series developed by Polyphony Digital, has received a new update which introduces additional single player content and more.

The biggest addition of the 1.10 update is the GT League mode, a single player mode which can be accessed by achieving the appropriate Driver Level.

In addition to the mode, 12 new cars have been added to the game, as well as a new layout for the Kyoto Driving Park track and more.

1. Campaign Mode
- 'GT League' has been added. This is a mode in which you can challenge a variety of races using cars from your garage. (For every league, there is a prerequisite Driver Level required to enter.)

3. Tracks
- A new layout, the “Kyoto Driving Park Yamagiwa + Miyabi” has been added.

4. Scapes
- A new ”Season's Greetings” group has been added to the Top Screen. This includes the addition of new photo spots.

9. Controller
- The DUALSHOCK4 motion sensor steering sensitivity has been adjusted so that steering requires less inclination.

11. Sound
- Tyres screeching sounds have been adjusted;
- The sound balance of the Chaparral Chevrolet Chaparral 2X Vision Gran Turismo has been adjusted.

12. Additional Language
- Thai language support has been added to the Asian version.

Other Improvements and Adjustments
- Various other issues have been addressed.

GT Sport is now out in all regions on PlayStation 4. You can learn more about the game by checking out our review.