The simulation racing field is a lot more crowded than it was when Gran Turismo last hit the asphalt back in 2013. The Forza franchise adds impressive new layers of depth with each new entry, Project CARS has successfully introduced a more meticulous brand of simulation racing to the masses, and Codemasters have niche fans locked up with their F1 and Dirt series. And that’s to say nothing of ultra-hardcore PC racing sims like Assetto Corsa and iRacing. Folks who are into cars in a serious way have plenty of options right now.

Is there still a place for the original “Real Driving Simulator", or has it been edged out by its own imitators? Gran Turismo Sport makes some bold changes to the venerable series’ formula, replacing the collecting and career progression of past entries with a new focus on online racing, and some fans aren’t happy about it. Has Gran Turismo Sport taken a wrong turn? 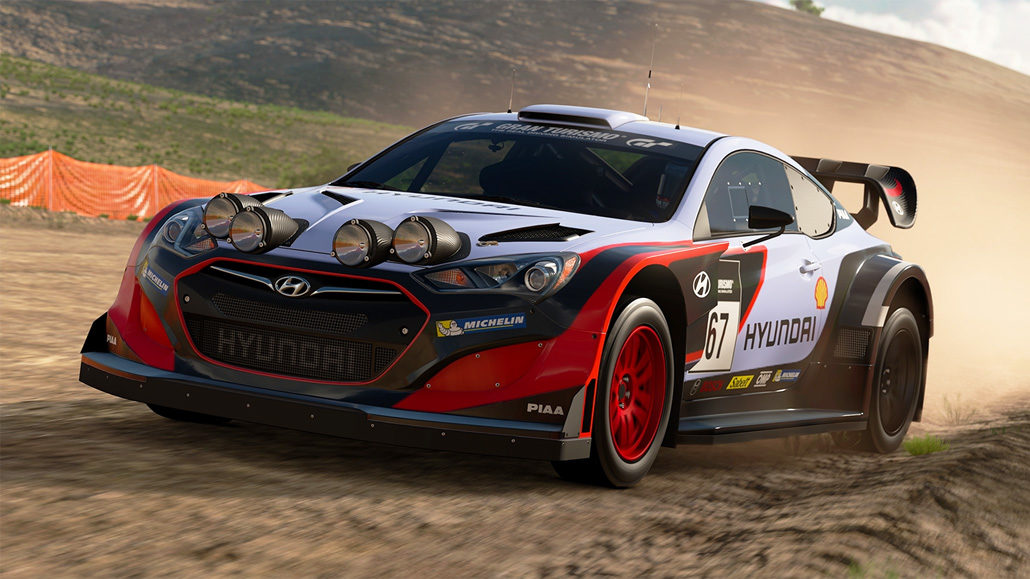 All the bells and whistles in the world don’t matter if a racing game doesn’t deliver on the track, and Gran Turismo Sport certainly does. This a simulation racing game, so don’t expect to be drifting wildly around hairpin turns or launching turtle shells, but there’s no need to be too intimidated. Racing in GT Sport can be as complex as you want it to be, but if you opt to play with automatic transmission turned on, as most people will, it’s actually a remarkably simple setup. Press R2 to accelerate, L2 to brake, and maneuver your car with the left stick. That’s all there is to it.

Ah, but simple doesn’t mean easy. Far from it. Gran Turismo Sport’s cars feel weighty and realistic, with each having its own personality and momentum. Mastering a course means finding the perfect line for every turn and knowing exactly when to hit the brakes or open up the throttle. Shaving milliseconds off your best times is addictive, and hours will evaporate as you obsessively replay your favorite tracks.

Gran Turismo Sport’s vehicles don’t just handle well, they look nice, too, although some of that wow factor the series is known for has worn off. Yes, the game’s beautiful, but most racing games are beautiful these days. Compared to other top-tier franchises like Forza, Project CARS, or Sony’s own Driveclub, GT Sport’s visuals feel a half-step behind, particularly on a standard PlayStation 4, which lacks the resolution to make the HDR colors truly pop. The cars themselves are lovingly detailed, but the environmental effects aren’t quite up to snuff, giving the game a somewhat artificial look. Still, you can’t help but appreciate the craft on display here. GT Sport doesn’t look real, but it does look classy. 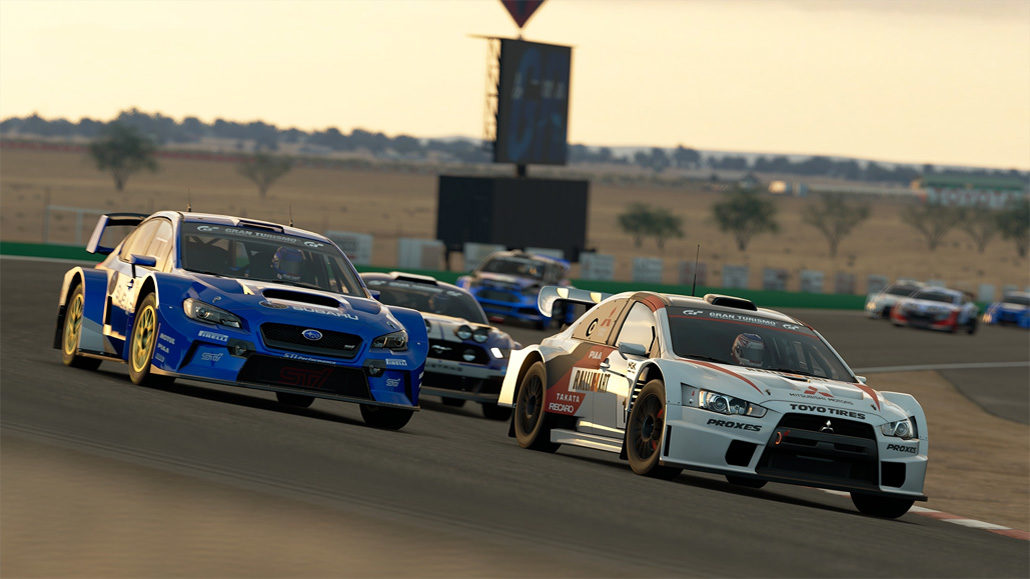 As absorbing as Gran Turismo Sport can be, most players will, at some point, find themselves asking “Is this all there is?” GT Sport’s collection of 160-some cars and 40 tracks isn’t terrible, but it’s a far cry from the 1200 cars and 86 tracks packed into Gran Turismo 6. Other cherished features like the titular Gran Turismo career mode and in-depth car tuning have also been kicked to the curb. Even basics like weather effects are missing.

So, can Gran Turismo fans expect anything in exchange for these cuts? Well, in place of a career mode, we get Campaign, although that name is deceptive. The campaign actually consists of a series of (mostly very short) racing trials, which resemble the License Tests from past GT games. There are a few longer, more challenging races mixed in amongst the quick hits, but Campaign is still a far cry from a proper career mode. There’s no context or feeling of progression, and unless you’re obsessed with getting gold medals on every challenge, you can blow through the whole thing fairly quickly.

GT Sport does let you amass various types of virtual currency and XP – you’ll be awarded Credits, Mileage Points, Daily Workout Points, and experience every time you finish a race – but it’s hard to care much about any of it. Without the central career mode, collecting credits lacks any feeling of achievement. Sure, you can use them to buy new rides, but I was awarded at least 30 free cars just for doing random things. My Gran Turismo bucks largely sat there untouched.

Ultimately, the real focus of Gran Turismo Sport is the new online Sport Mode, in which players participate in daily races in hopes of earning a chance to compete for various championships. Races happen at specific scheduled times, and your starting placement is determined by running qualifying laps – it all feels pleasingly structured. The whole thing is endorsed by the International Automobile Federation (FIA), and Sony has promised the very best players will actually be able to earn a legitimate racing license. 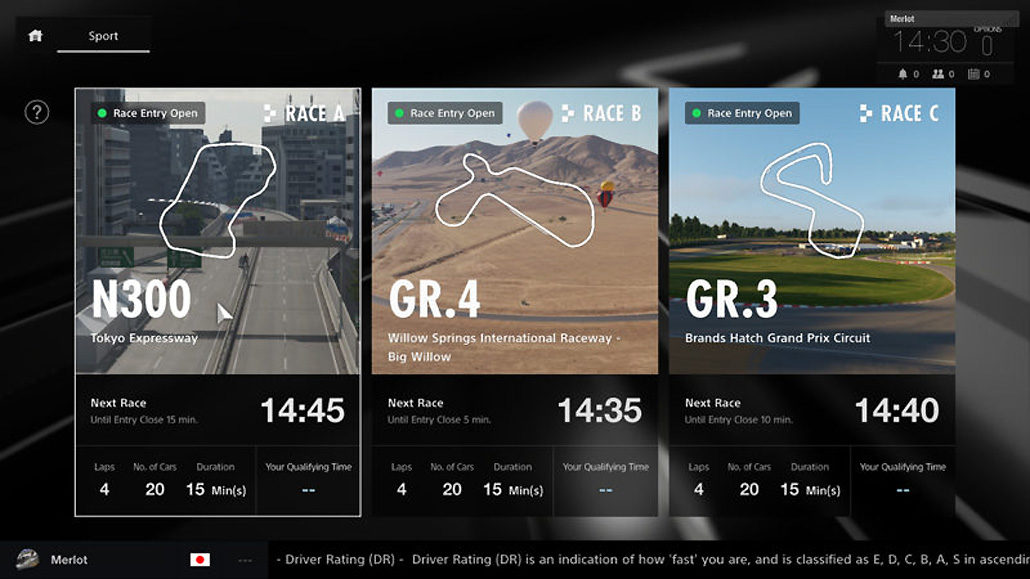 Sport Mode is also just about the most polite online environment you’ll ever encounter. Your standing in Sport Mode is determined by your Driver Rating, which goes up as you win races, and your Sportsmanship Rating, which is based on how well you play by the rules. Crashing into opponents, forcing other cars off the track, or even waiting too long to brake before a turn will affect your Sportsmanship Rating. The system already seems to be working well, as I was always matched with appropriately skilled opponents and rarely encountered any disruptive drivers. It’s up for debate whether building Gran Turismo Sport around an online mode was the right choice, but at least it’s a good online mode.

Unfortunately, the focus on online play comes at a price – Gran Turismo Sport pretty much requires an Internet connection. Only Arcade Mode is available to play offline, and even then, none of the progress you make or credits you earn will be saved. Inexplicably, even non-Internet-dependent features like photo mode and the livery editor are greyed out without a connection. Maybe the always-online requirement wouldn’t be so frustrating if GT Sport were more reliable, but I found myself shut out of most of the game due to “server maintenance” on multiple occasions.

It remains to be seen whether Sport Mode will catch on. Perhaps it will attract a dedicated fanbase and transform Gran Turismo into a legitimate esport. Or maybe it will fizzle out in a few months. Let’s hope it succeeds. Past Gran Turismo games could be life-consuming, but without strong online support, GT Sport will be a game that lasts weeks, not months or years.

This review was based on a copy of Gran Turismo Sport provided by Sony. You can buy the game on Amazon.