Guild Wars 2: Path of Fire takes our heroes back to the Crystal Desert where you need to take on the God of War, Balthazar. Which is basically just another day in ArenaNet’s fantasy MMORPG that’s been in play more than five years. Path of Fire, the second expansion after 2015's Heart of Thorns, finally introduces mounts to the game as well as elite specializations and a brand new zone.

In order to access the content in Path of Fire, you’ll need a level 80 character. New players will receive a special token that’ll boost up your character. If you’re a complete newcomer to the series, you’ll be able to try out different classes in the starting tutorial area before you head to the point of no-return.

My old character was a max level Mesmer which I tweaked mainly for support purposes. For the sake of the review, I decided to play a shadow arts Thief. I liked being able to do some up-close DPS dagger stabbing and switch to a gun in case I needed to create some space or if it just suited my party composition. Each specialization has two Elite paths you can go pick that offer some intense skills and mix things up quite a bit. Some Elite specializations grant you access to new weapons, healing abilities, an elite skill. For the Thief, I went for Deadeye Elite Specialization and fell in love with the abilities. I was able to do pretty decent damage and keep a rather respectable distance from enemies.

Throughout your adventure, you’ll find that Path of Fire’s story is kind of your usual standard fantasy affair. You'll follow the exploits of the God of War as he tries to the Elder Crystal Dragon which will allow him to absorb the dragon’s power which would be bad for everyone. The story moves along at a pretty good pace for an MMO and I really like how to dialogue is handled with your character prominent in each interaction.

If the Crystal Desert sounds familiar, it's because it appeared in the very first expansion, Nightfall,  for the original Guild Wars over eleven years ago. Veteran players might groan at the thought of revisiting the hellish and honestly dull desert environment. Thankfully, the Crystal Desert has gone through a bit of a facelift; it now features five sprawling zones, each sporting distinct themes and filled with gorgeous vistas to take in the sights. One cool thing in the level design is that new areas are constantly teased as you quest through the current zone. It’s a little tricked to get you to push forward if you find yourself losing steam with the promise of a more intriguing zone up ahead.

What’s interesting about the newly added mounts is that four mount types raptor, springer, skimmer, and jackal all have special abilities that allow the player access to different areas that can be upgraded. The mounts' skills allow access to places that were previously unreachable. This gives you a good incentive to check out old zones to explore every nook and cranny of the Crystal Desert while riding a giant bunny or weird flying sting-ray thing.

The game's dynamic events are back, of course. These activities feature massive area bosses that roam the different zones. If you played a public event in Destiny, you'll have an inkling. Any player within striking distance of the boss can partake in taking on the monster. These definitely allowed for some epic battles involving different parties all working together towards one common goal. These bounties added life to an otherwise pretty stark environment and your usual MMORPG quests types of ‘kill x amount of monsters ‘ or ‘gather x amount of materials.’ What makes those quests a bit more bearable is the narrative payoff from quest givers.

Still, hardcore MMO fans will find lack of any real significant end-game content or raids is a bit of a letdown. This is one area where Guild Wars 2 has been lacking since its debut, though the good thing about ArenaNet is that it's not afraid to improve and add new content, which would explain why GW2 is still one of the only non-free-to-play MMOs out in the world. As such, I wouldn't completely give hope of ArenaNet eventually tackling this shortcoming at long last.

At the $30 dollar price point, the amount of things to keep you busy in Path of Fire is definitely worth checking it out whether you’re a GW2 veteran or just someone looking to try out a new MMO if you’re burned out from what’s already out on the market.

On the flipside, this expansion is no revolution and it's unlikely that it will convert those who haven't previously enjoyed ArenaNet's MMORPG.

Review code provided by the publisher. You may purchase the official soundtrack on Amazon. 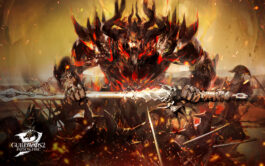 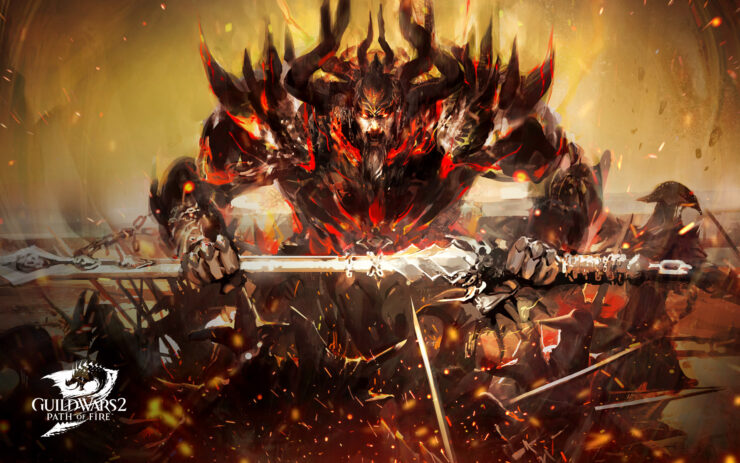 Guild Wars 2: Path of Fire manages to do just enough to keep fans interested in visiting the world of Tyria by adding much needed features like mounts. The new class specializations also provide new and interesting ways to play your typical MMO class archetypes. Still, Path of Fire probably won't convince anyone who wasn't already enthralled with ArenaNet's MMORPG.