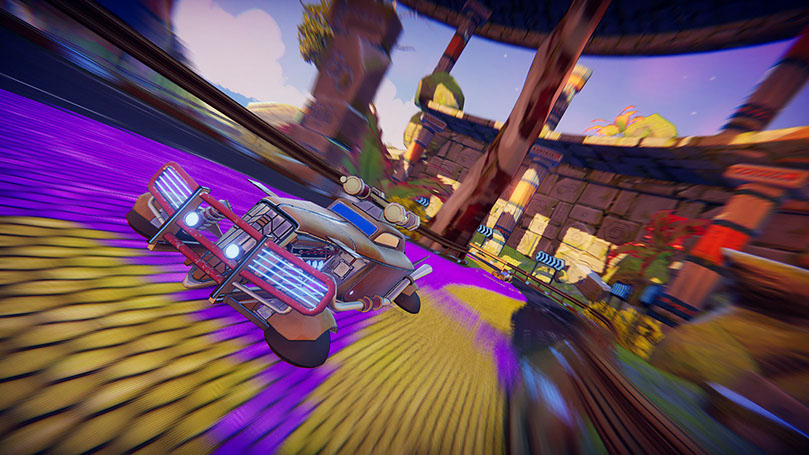 A brand new co-op racing game featuring a rather interesting experience called Trailblazers has been recently announced for PC and consoles.

Developed by Supergork and published by Rising Star Games, Trailblazers promises to combine features from the F-Zero and Splatoon games, offering a unique 3 versus 3 experience.

Trailblazers is a fresh new co-operative racing title with an innovative on-track game mechanic: paint the track, boost on your colour and work as a team to win!

Take control of high-speed racers in unique 3v3 team races across a series of colourful circuits. Paint the track as you race, capturing key areas to dynamically change the racing line, then boost on your team's colour to dominate the race!

The game's official website also offers more information about the game and its features.

Trailblazers launches on PC, PlayStation 4, Xbox One and Nintendo Switch on a yet to be confirmed Summer 2018 release date,