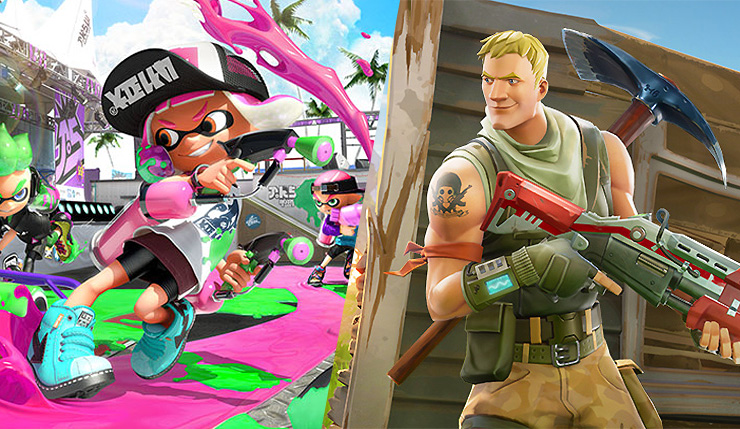 A kid-friendly shooter crossover for the ages might be in the works. Yes, it seems like Fortnite may be getting a new Splatoon-themed coat of paint (er, ink) according to clues unearthed by well-known Fortnite dataminer and leaker Hypex. While digging through Fortnite’s latest update, our dataminer found filenames for a new skin and piece of Back Bling, both of which feature the word “SquidKid.” Hmmm!

We **MIGHT** see a Fortnite x Splatoon Collab..
Found a skin & backbling! (they were added recently to a secret place)

Of course, maybe Epic was just being cheeky with those filenames. Maybe they’re just preparing some cosmetics of their own that vaguely resemble Nintendo’s squid kids, but it’s just as likely this is the real deal. Fortnite has already crossed over with Avengers: Infinity War, the NFL, Nerf, and is currently knee-deep in a Borderlands collab. So yeah, Fortnite x Splatoon wouldn’t be too out there.

If a this crossover is happening, it’s a huge win for Nintendo. Fortnite is still the most popular game in the world and Splatoon franchise, while great, doesn’t always get the attention it deserves. Nintendo could create a lot of new Splatoon fans with this crossover. Besides all that – wouldn’t inking up and swimming around a full-size battle royale map be badass? Yes it would be.

As mentioned, Fortnite is currently in the midst of a Borderlands event, which will continue on until September 10. Meanwhile, Splatoon 2 released it’s final update, ver. 5.0, back in June. If this  crossover turns out to be the real deal, could Nintendo perhaps start adding new content to the game again?

Fortnite is available now on PC, Xbox One, PS4, Nintendo Switch, and mobile platforms. Splatoon 2 is available on Switch. What do you think? Excited for this colorful crossover?