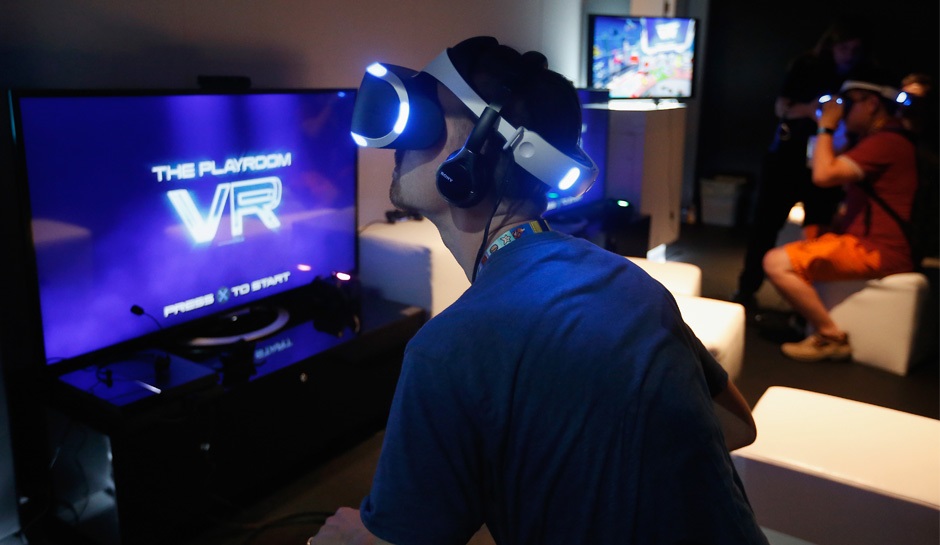 Sony’s plans to usher PlayStation gamers into the era of virtual reality gaming with its upcoming Playstation VR headset appear to be proceeding according to expectations. The company seems to be quite confident about its hardware, and if this latest report is to be believed, we can see why. With unexpected increase in demand, Sony is now expected to ship up to six million PlayStation VR headsets in 2016. By comparison, Oculus and HTC are aiming to ship 2.3 million and 700,000 Rift and Vive units respectively during the same period.

Sony Will Reportedly Ship up to 6 Million PlayStation VR Headsets This Year - Oculus and HTC Will Ship 2.3 Million and 700,000 Rift and Vive Units Respectively

Chinese newspaper Liberty Times (as reported by DigiTimes) reports that folks over at a Taipei-based Topology Research Institute have been asking around and collecting data. According to their estimations, PlayStation VR is seeing stronger than expected demand. This increase in demand for the incoming virtual reality hardware will likely result in up to six million units shipped in the ongoing year. This figure will account for 67% of the global VR HMD market.

“Demand for the PS VR headsets has been stronger than expected since the VR device was available for pre-sale in Japan in mid-June,” said the report.

Sony opened pre-orders for PlayStation VR in May for North American consumers. Without surprising anyone, the retailers emptied their stocks within minutes. Those who were lucky enough to pre-order won’t have to be on the lookout for the incoming hardware as Sony has already said that it is expecting supply shortages when the head-mounted display launches later this year in October. Pre-ordering the headset was no less of a hassle; Amazon sold out its first batch of pre-orders within 10 minutes of going live.

The report also discusses two other major virtual reality headsets hitting the market this year. American VR technology company Oculus is expected to ship 2.3 million Oculus Rift headsets, while Taiwanese consumer electronics firm HTC is aiming to ship 700,000 HTC Vive units. The total expected shipments from both the companies is half of that of PlayStation VR. Virtual Reality hardware, excluding mobile VR devices, is expected to reach 50 million mark in shipments in 2020, up from the combined nine million this year.

“Global shipments of VR HMD devices (excluding mobile VR devices) are expected to grow by a CAGR of 53.5% to reach 50 million units in 2020, up from nine million shipped in 2016,” added the report.

Japanese-based research firm Nikkei has also reported that expected PlayStation VR shipments from Sony in the fiscal year 2016 (April 2016-March 2017) are between 1-3 million. This will result in revenues of $400 – $1,200 million for Sony. “Backed up by PS4 gaming applications and others in base infrastructure and medical sectors, the lower-priced PS VR devices will help Sony expand related business opportunities,” Nikkei said (via DigiTimes).

PlayStation VR is set to launch later this year on October 13. The headset is expected to outdo its competition by large, mostly because of its sole focus on entertainment and its favorable price point of $399 compared to Oculus Rift, which costs $599, and the HTC Vive, which comes in at $799. Also, VR HMDs from Oculus and HTC need high-end PC to work. By comparison, all PlayStation 4 consoles present in the world right now are VR ready.