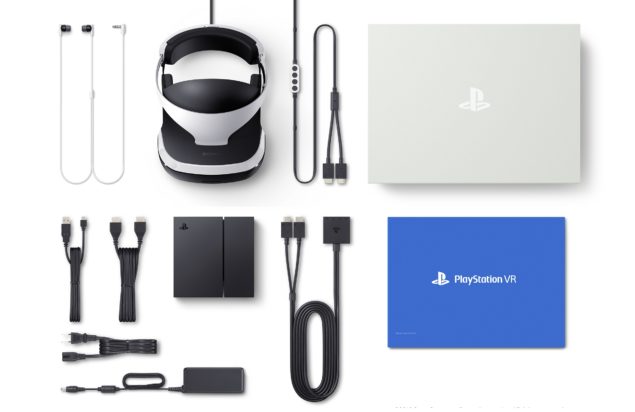 Sony officially opened up pre-orders for its upcoming virtual reality gaming head-mounted display couple of weeks ago with PlayStation VR Launch Bundle, which came complete with the headset itself, the processor unit, cables, stereo headphones, VR demo disc, PlayStation Camera and 2 Move controllers, and a disc of PlayStation VR Worlds. The bundle is priced at $499.99 and “provides an unbeatable value” for those “looking to get right into VR gaming” on their PlayStation 4 consoles.

Pre-orders for the $399.99 PlayStation VR Core package went live today. This bundle is especially fit for those who already own PlayStation Camera and Move controllers. The Core package will include the headset itself, the processor unit, a connection cable, an HDMI cable, a USB cable, stereo headphones, an AC power cord, an AC adapter, and a demo disc. Sony Interactive Entertainment America marketing boss John Koller revealed in the announcement post that this $399 preorder was made available in response to the feedback received from fans.“Thanks to everyone for sharing their feedback on PlayStation VR preorders,” he wrote. “It’s clear that there’s a lot of interest from many of you to secure the PlayStation VR core system, and I’m happy to share that we’ve decided to make it available for preorder.”

Those interested in securing their package can head over to Best Buy, GameStop, or Walmart right now before the stock runs out. Amazon US has apparently already sold out all its stock units.

PlayStation VR will hit store shelves later this year in October 2016, and players will have “have more than 50 games” to choose from before the year ends. In a recent interview, Koller suggested that the PlayStation exclusive VR version of Star Wars Battlefront will be the one of the most immersive games that users will get to play on PlayStation VR, stating that it is “one of those games that will really show gamers what it means to be in the world.” You can read more about it here.