HTC Vive To Cost $799; It Will Allow You To Answer Phone Calls, Too 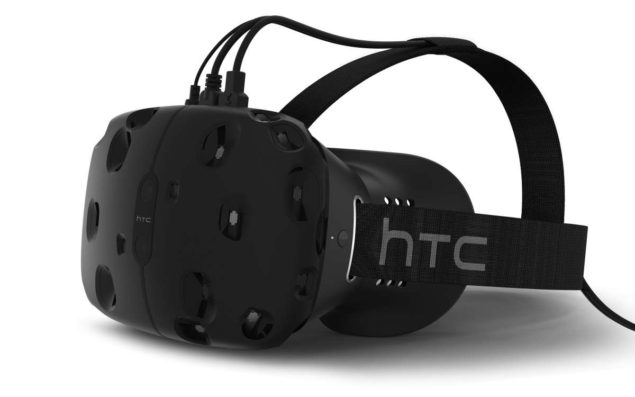 [UPDATE] HTC shared a video presentation of the consumer edition of the Vive. Cher Wang, Chairwoman and CEO of HTC, also released a statement:

From the beginning, Vive has been at the forefront of virtual reality, with HTC pioneering several ground breaking technologies. Since announcing Vive this time last year, we have worked tirelessly with Valve to deliver the best VR experience on the market, winning multiple awards and receiving critical acclaim from media, consumers and the industry. With the Vive consumer edition we are now able to realize our ultimate vision; bringing Vive into homes around the globe so that people can experience immersive virtual reality in a away that fires the imagination and truly changes the world.

[ORIGINAL STORY] German website ComputerBild has broken the embargo on HTC Vive's price. The highly anticipated VR device will cost $799; the package will consist of the headset, two controllers and a pair of  "Lighthouse" laser base stations which enable tracking in the room.

Moreover, the HTC Vive features an integrated microphone and Bluetooth compatibility with certain smartphones, thus allowing users to answer phone calls without the need of removing the headset. That's thanks to Vive Phone Services, which will deliver you even text messages and calendar invites.

HTC and Valve have also announced that Fantastic Contraption and Job Simulator: 2050 Archives will be included with the purchase. Pre-orders should start on February 29 while the Vive will start shipping in early April; more information will be available soon, but for the moment being the big question is: how do you feel about the HTC Vive's price (which was rumored to cost almost double as much, anyway)?

Vote in the poll below and tell us your opinion in the comments section!