Sony has finally announced the price and release window for Playstation VR (PS VR). Additionally, Sony has revealed that more than 230 publishers and developers are working on PS VR titles. 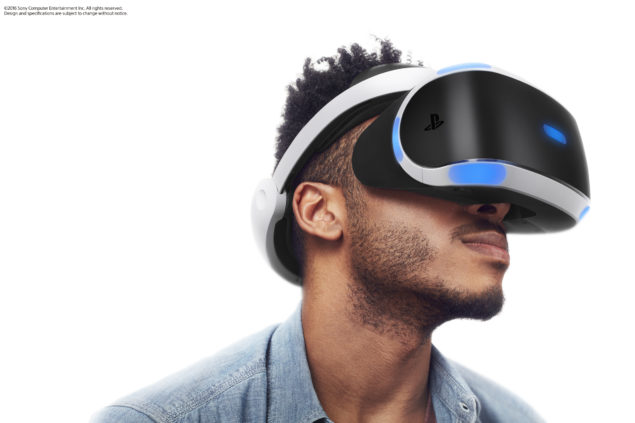 At the Game Developers Conference in San Francisco, Sony finally revealed more info on their VR headset. Since its announcement, the price tag of the device has been kept secret, but with the prices for the HTC Vive and Oculus Rift announced as well, it was time for Sony to put the word out.

Playstation VR will be released for $ 399, €399, £349 and 44,980 yen (the price tag of a new gaming platform in October 2016. Following the announcement at the GDC, Sony released an official press kit containing a press release and tons of images for their VR device.

“Ever since we unveiled PS VR during the 2014 Game Developers Conference, we’ve received a tremendous response from gamers and developers alike,” said Andrew House, President and Global CEO of Sony Computer Entertainment Inc. “To make sure that we are able to prepare and deliver enough units of PS VR and a wide variety of software titles to consumers worldwide, we have decided to launch PS VR in October 2016. For those who are looking forward to its launch, we would like to thank everyone for their patience and continued support. We are beyond excited to deliver to consumers the amazing experience that PS VR offers.”

As said, more than 230 publishers and developers are working on Playstation VR in some way.

Currently more than 230 developers and publishers are working on PS VR software titles, from smaller independent teams to larger studios at the industry’s top publishers such as 2K Games and Ubisoft. Software titles in development for PS VR from these developers and publishers as well as from SCE Worldwide Studios (SCE WWS) are now totaling to more than 160 titles, and over 50 of those titles including Eagle Flight (Ubisoft), EVE: Valkyrie (CCP Games), Headmaster (Frame Interactive), Rez Infinite (Enhance Games), Wayward Sky (Uber Entertainment), RIGS: Mechanized Combat League, Tumble VR, Until Dawn: Rush of Blood and PlayStation VR WORLDS (SCE WWS) are expected to launch by the end of this year. Additionally, Electronic Arts Inc., DICE and Lucasfilm are working on an all-new Star Wars Battlefront (Electronic Arts Inc.) gaming experience only for PS VR. Furthermore, THE PLAYROOM VR by SCE WWS will be available as a free download from PlayStation Store to all PS VR owners, simultaneously with the launch of the system.

To further drive the expansion of the PS VR software line-up, SCE is partnering with Tools & Middleware companies to provide innovative technology solutions and enhance the title development environment for PS VR.

The system also has a Cinematic mode, which lets users enjoy a variety of content in a large virtual screen while wearing the headset. Supported content for the Cinematic mode includes standard PS4 games and videos as well as variety of PS4 features including Share Play and Live from PlayStation. Users will also be able to enjoy 360 degrees photos and videos that are captured by devices such as omnidirectional cameras on PS VR via PS4 Media Player, which will let them feel as if they are physically inside the captured scene.

SCE will continue to vigorously promote PS VR towards its release in October 2016 by showcasing PS VR titles at events around the globe, while also broadening its title portfolio.

Down below you’ll find a list of 3rd party developers and publishers working on Sony’s VR experience.

Now that Sony has announced the price for PS VR, consumers can finally decide which VR headset they will purchase. What do you think about the price tag of Playstation VR? Vote in the poll below!