The MSI GeForce GTX 1660 Ventus XS OC is a very compact graphics card and it looks to be a great solution for many gaming PCs and even the more small form factor designs. Even with such a small design, MSI has packed a lot in this graphics card such as the enhanced Twin Frozr 7 heat sink, the dual Torx 3.0 fans and a custom PCB which is far better than the one featured on the Founders Edition. The cards weigh in at just 957 grams and have dimensions of 247 x 129 x 52 millimeters. 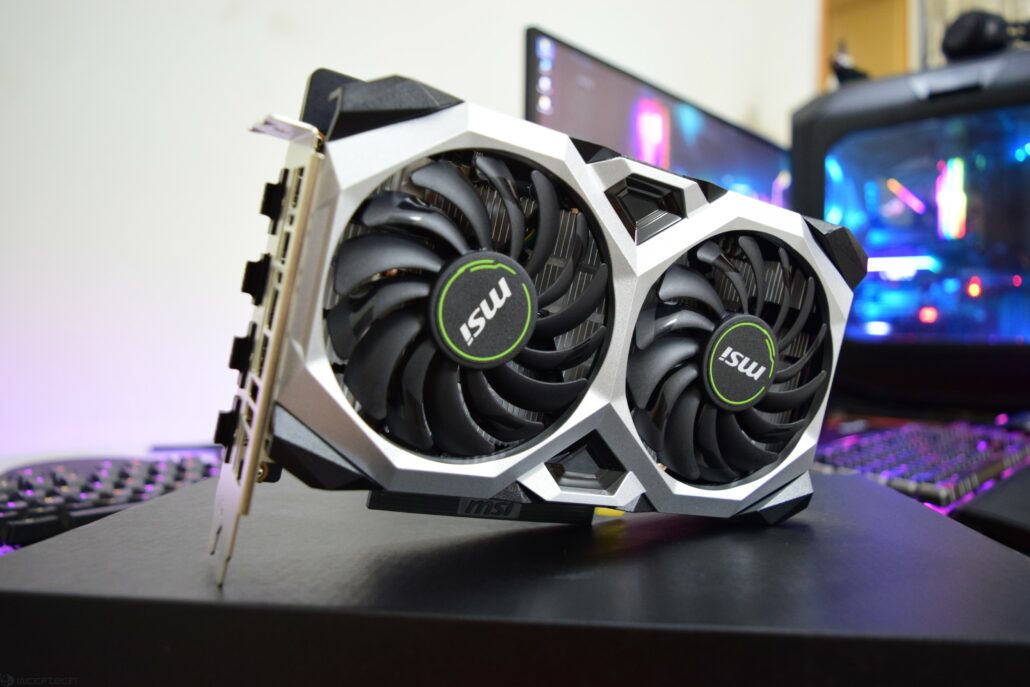 The MSI Ventus series has been designed to offer a nice custom cooler along with a non-reference PCB at the reference MSRP. The GeForce GTX 1660 Ventus XS OC doesn't lack a lot over the MSI GeForce GTX 1660 Gaming X. It still offers a great design with the whole silver and black theme on the shroud being an eye catcher while the brushed backplate gives a premium feel to even the most entry-level non-reference solution that MSI has to offer. 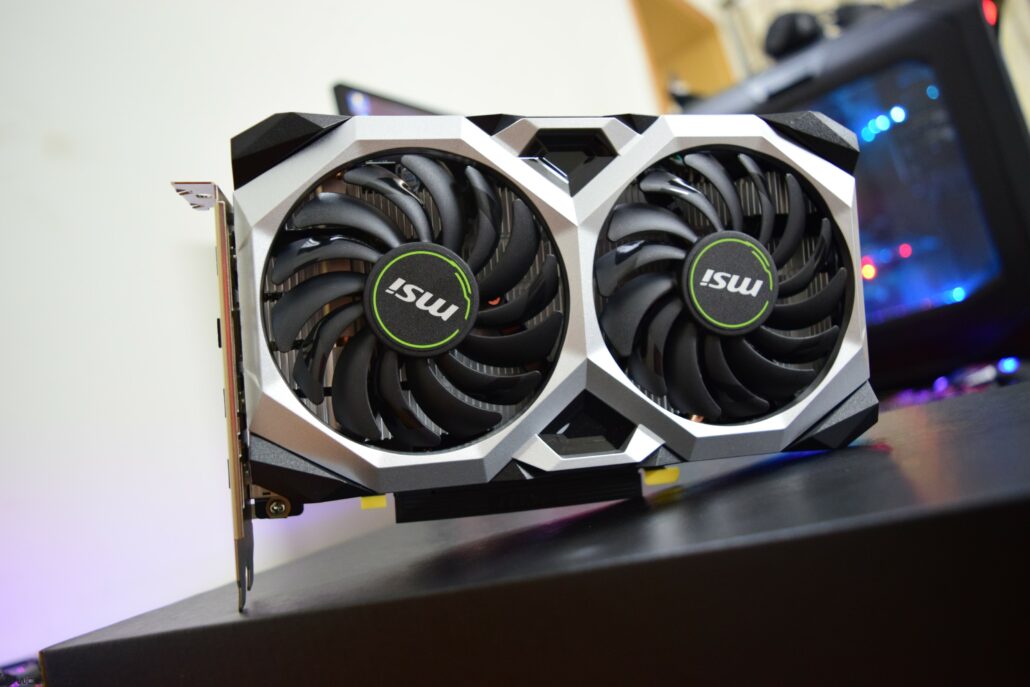 The back of the card features a solid backplate which looks stunning and offers a premium look. The one used by MSI on the GTX 1660 Ventus XS OC is a slightly toned down version that makes use of plastic rather than a metal design as used on the Gaming X but still looks great. 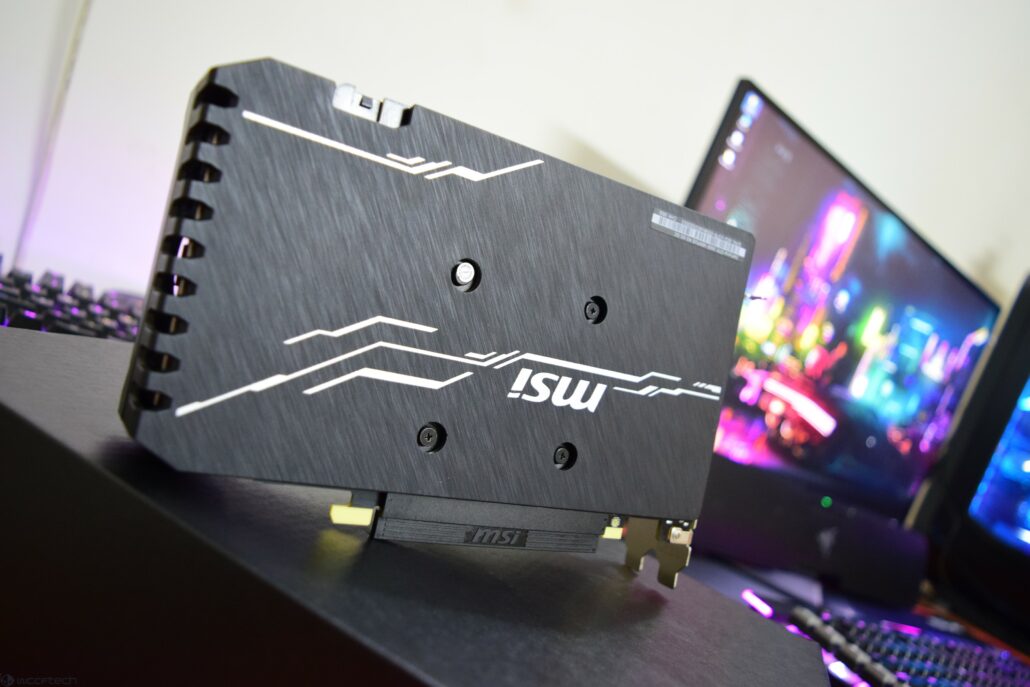 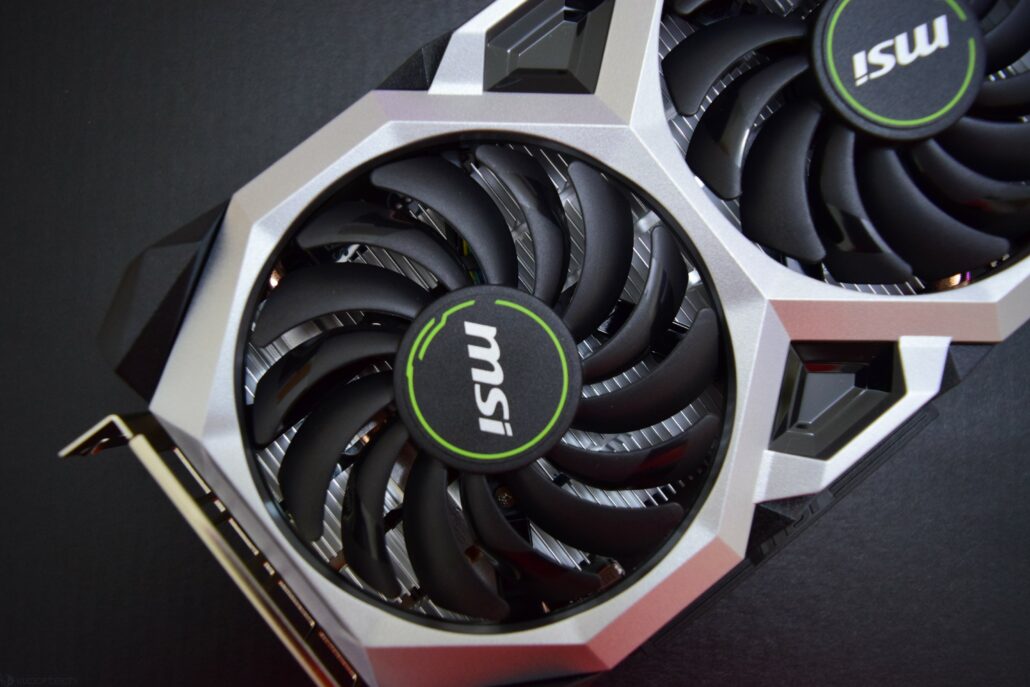 Coming to the fans, the card features the Torx 2.0 system with airflow control technology. All fans deploy double ball bearing design and can last a long time while operating silently. 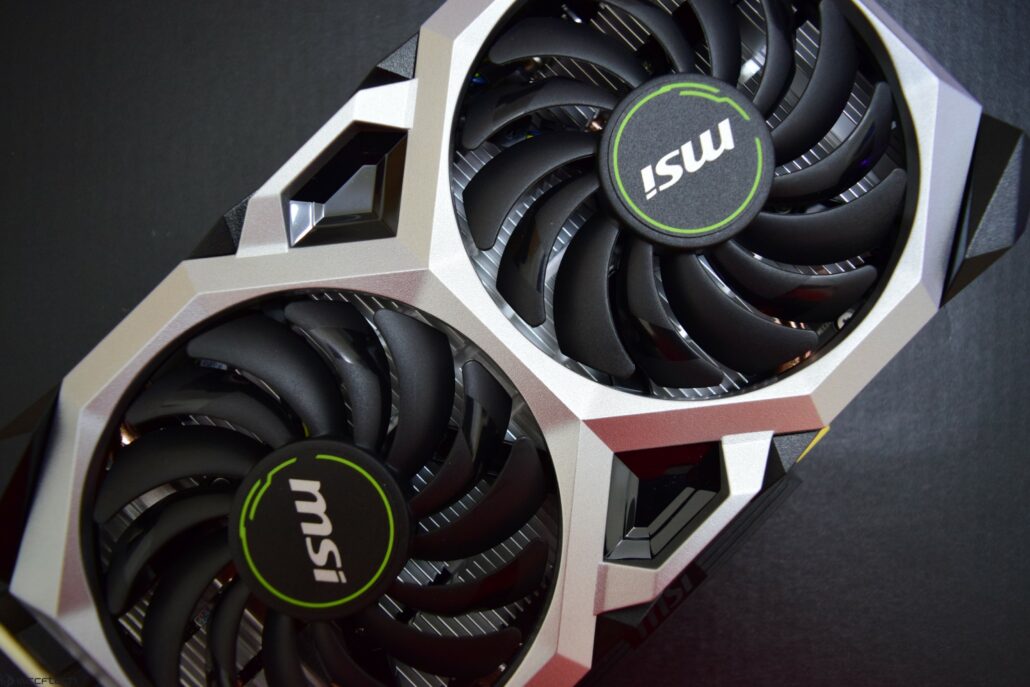 The NVIDIA GeForce GTX 1660, GeForce GTX 1660 Ti, GeForce RTX 2060 and GeForce RTX 2070 graphics cards don't feature any NVLINK connector as they don't support Multi-GPU functionality. This has been done for many reasons as two lower end cards have the potential to outperform a higher-end card in optimized titles which may end up cannibalizing its sales. The other is the optimization factor and we know that multi-GPU support isn't the best around these days so NVIDIA has only kept it for users who are willing to pay a premium on their higher end cards.

With the outsides of the card done, I will now start taking a glance at what's beneath the hood of the GTX 1660 Ventus XS OC. The fin stack runs all the way from the front and to the back of the PCB. 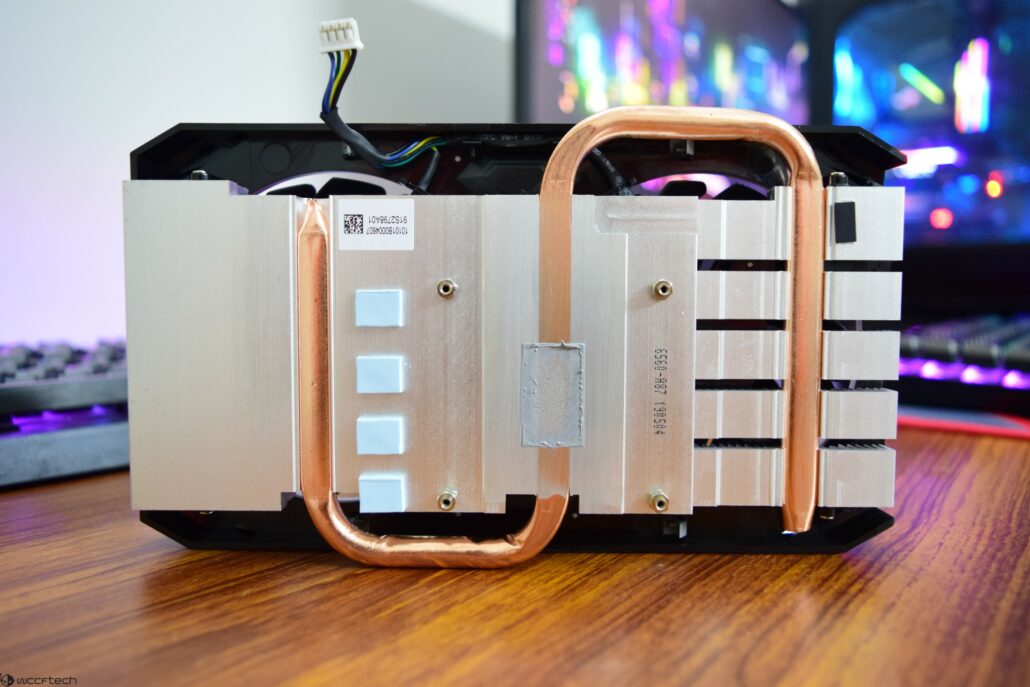 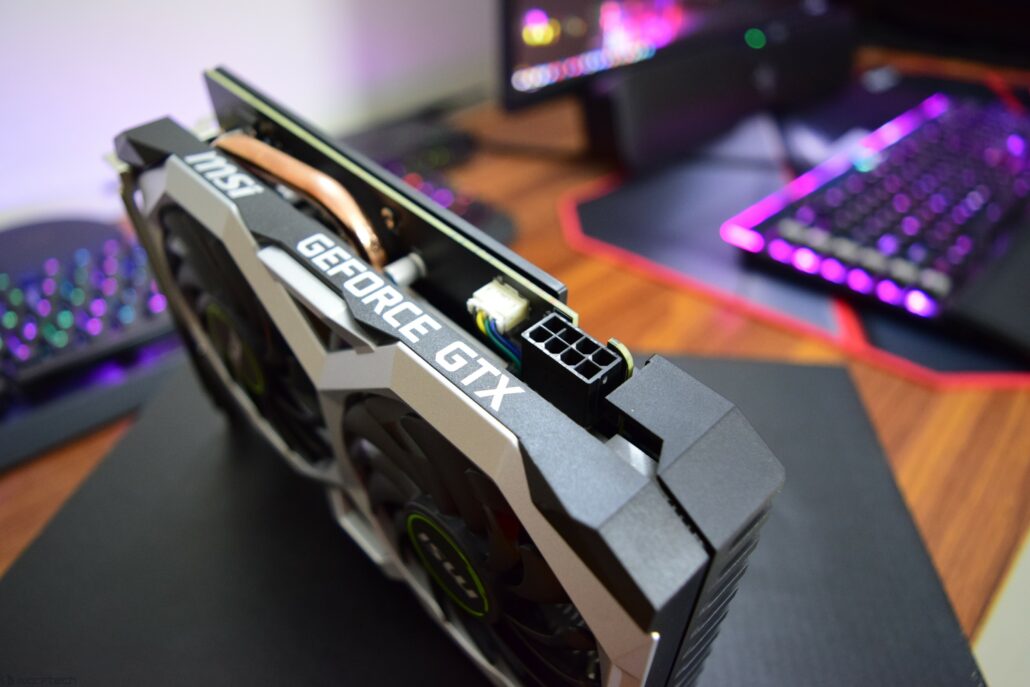 The MSI GeForce GTX 1660 Ventus XS OC has a single 8 pin power connector to boot. The card is rated at a TDP of 120W (reference TDP). 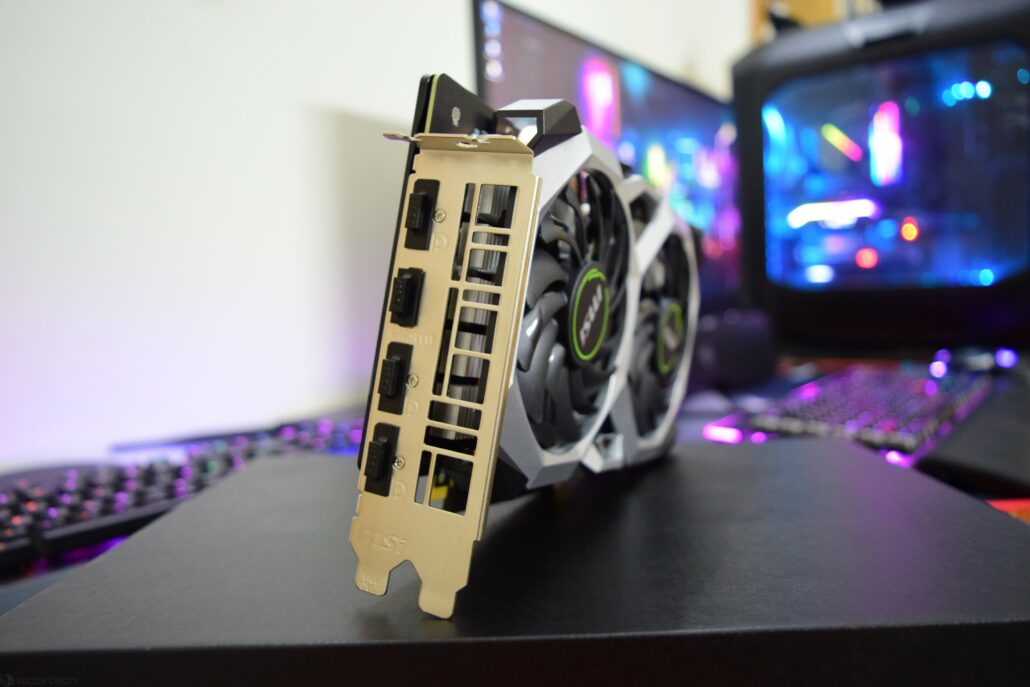 MSI makes use of a 4+1 phase PWM design that includes their Military Class components such as Hi-C Caps, Super Ferrite Chokes, and Japanese Solid Caps. Following are a few close-up shots of the reference PCB which is being offered under the hood of the Ventus XS series graphics cards.