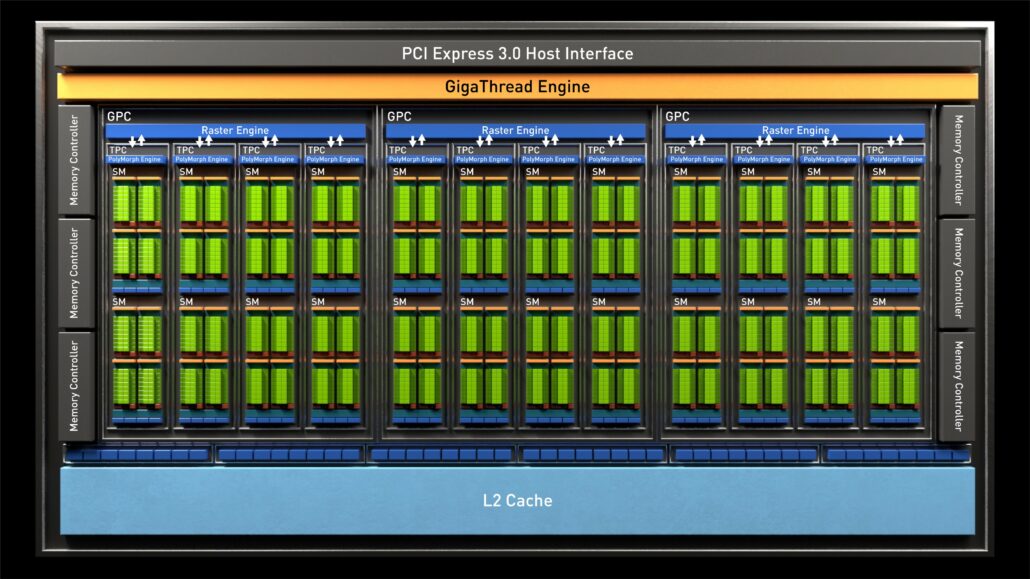 So let's talk about the balanced architecture design of the Turing TU116 and how it still manages to improve upon its Pascal based predecessors. The first thing to mention is the three big changes in the Turing SM. The revamped structure of the Turing TU116 SM enables processing of FP32 & INT operations concurrently through the use of dedicated cores within the SM. The list of features that Turing TU116 GPU adds over Pascal GP106 include: 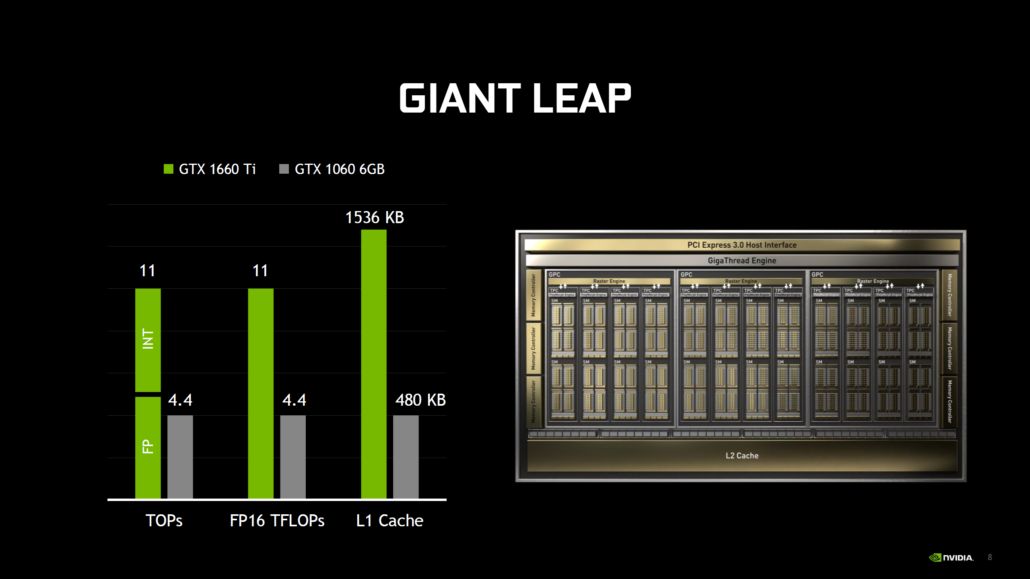 If we look at some modern gaming titles, then we can see that developers are widely mixing floating point operations with integer instructions. For every 100 instructions in Shadow of the Tomb Raider, for example, 62 are floating point and 38 integers, on average. In previous GPUs, the floating point math datapath in the SM would sit idly whenever one of these non-FP-math runs.

Turing adds a second parallel Integer execution unit never to ever CUDA core that executes these instructions in parallel with floating point math. This would allow the GeForce GTX 1660 Ti and GTX 1660 graphics card to deliver a 1.5x performance improvement over the GeForce GTX 1060 6 GB & 3 GB models in Shadow of the Tomb Raider.

Now coming to the raw specifications of the GeForce GTX 1660 graphics card. The TU116 GPU is fabricated on the TSMC's 12nm FFN (FinFET NVIDIA) process node. It features 3 GPCs, 12 TPCs, and 22 Turing SMs. Each SM contains 64 cores which equal to a total of 1408 CUDA Cores. There's also 88 Texture Units and 48 Raster Operation Units on the card. The base clock is maintained at 1530 MHz while the boost clock is maintained at 1785 MHz. You can tell from the specifications that the GTX 1660 has a slightly cut down TU116 SKU compared to the GTX 1660 Ti.

The card would feature 6 GB of GDDR5 VRAM running along a 192-bit bus interface. The memory system would be clocked at 8.0 Gbps delivering an effective bandwidth of 192 GB/s. The card is rated at 157.1 GigaTexel/s, 5.0 TFLOPs FP32 and 10 TFLOPs FP16 compute power. The card features a single 8 pin connector to boot and has the same TDP of 120W. Display outputs include a single DisplayPort, a single DVI-D, and an HDMI connector.