The MSI GeForce GTX 1660 Ventus XS OC Edition is the MSRP matching variant of the MSI GTX 16 series family. This card utilizes a revised custom cooler with dual Torx 2.0 fans that offer premium cooling over reference variant. This graphics card is available in the market for $219.99 US which is the same price as the reference variant, making it quite the deal considering you get a custom PCB design and a good looking cooler with fans that are known to perform great. 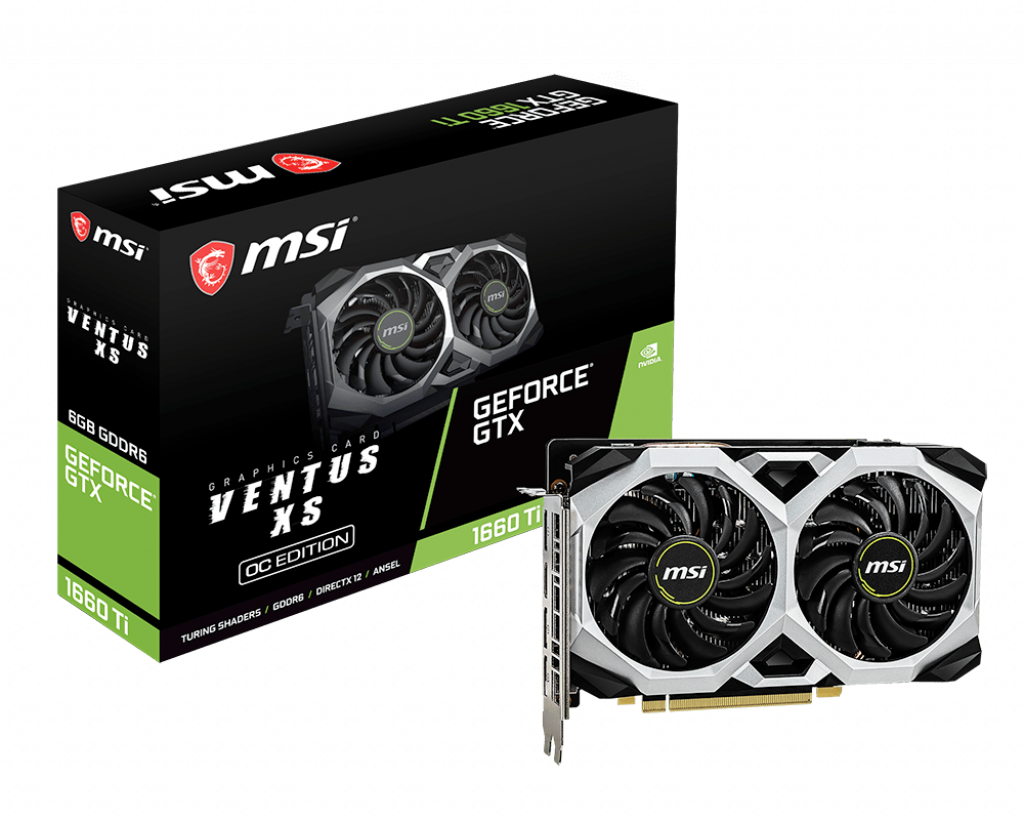 In terms of specifications, the NVIDIA GeForce GTX 1660 Ti features 1536 CUDA cores, 88 TMUs, and 48 ROPs. The Turing TU116 die used on the graphics card is based around a 12nm process and has a die size of 284mm2. The core clocks for the card are maintained at 1530 MHz for base and 1785 MHz for boost. The MSI Gaming X model is clocked up to 1830MHz (boost) which will be providing better gaming performance than the reference model.

The chip packs a total of 5.0 TFLOPs of FP32 compute power. The cards feature a 6 GB GDDR5 memory interface running along a 192-bit wide bus interface that delivers 192 GB/s bandwidth. The reference model is powered by a single 8 pin connector and has a TDP of 120W.

The Ventus XS design is built with a unique white and black layout with dual Torx 2.0 fans that come with airflow control technology, designed to direct air directly at the several heat pipes underneath the shroud. The card features a custom 4+1 phase power design on the PCB and is powered by a single 8 connector. The custom PCB is fitted with an anti-bending bracket which offers better durability.

Following are some of the features of the MSI GeForce GTX 1660 Ventus XS OC Edition before we go into detail: