Today, I got to test the second card within the Turing based GeForce 16 series family. A family that is similar and also different than the GeForce RTX 20 series lineup. The first card in the lineup, the GeForce GTX 1660 Ti delivered the best price to performance value in the Turing lineup so where does NVIDIA go from here. 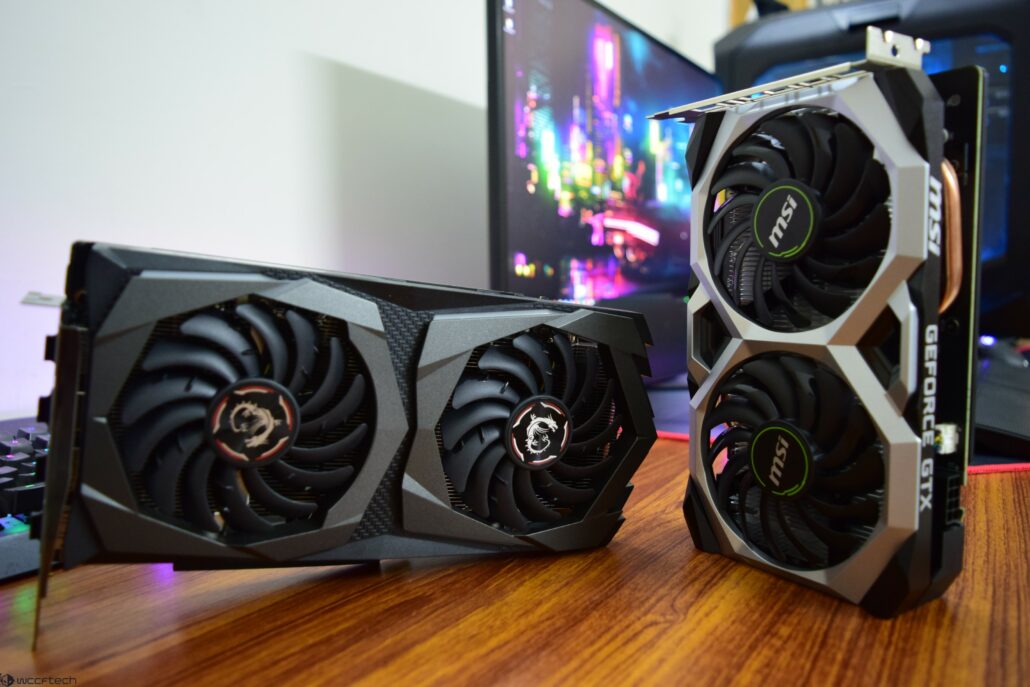 When the first rumors of the GeForce GTX 1660 popped up, I was expecting a card with a much lower number of cores and clocks than what we got today. The specifications of this card are not that much cut down compared to a GTX 1660 Ti. In fact, the card holds up its higher clocks quite nicely. The other thing is the VRAM, NVIDIA is replacing the GeForce GTX 1060 3 GB models with this card and looking at the memory specs, the 6 GB GDDR5 VRAM is a definite upgrade. It may not be the faster GDDR6 version that you get on the Ti but it's also not that slow at 8000 MHz. Now I'd have liked if NVIDIA went with the higher tier 9 Gbps dies that were featured on the later models of the GTX 1060 6 GB cards but I guess that would have meant that you wouldn't have gotten the nice price point that you are getting on this card.

Coming to the pricing, this is the first card under the $250 US price range. At $220 US, this is also the cheapest Turing graphics card that you can buy right now and while it may not pack the bells and whistles of the higher end cards (GDDR6 and RTX), it does pack a lot of performance given its value. It's a well rounded 1080p card and can also play many AAA titles at 1440p resolution that is pretty decent for a card of this price point. eSports titles can clearly run past 100 FPS at 1080p that can be used along side a G-Sync or G-Sync compatible display to deliver a buttery smooth gaming experience.

For starters, the GeForce GTX 1660 takes head-on with the Radeon RX 580, delivering much better performance than AMD's mainstream part. The performance difference actually makes the GTX 1660 a better buy since the lead it has over the RX 580 clearly puts it ahead of the RX 590, a card that retails for $279 US. Compared to the GeForce GTX 1060 3 GB models, we see a huge lead with performance just shy of the GTX 1070 although it does come really close in some tests and that is amazing to see.

Now I would say that we are hearing rumors of a possible price cut on the Radeon RX 500 series cards but until those aren't here, the GTX 16 series cards take a clear win over them in all departments. 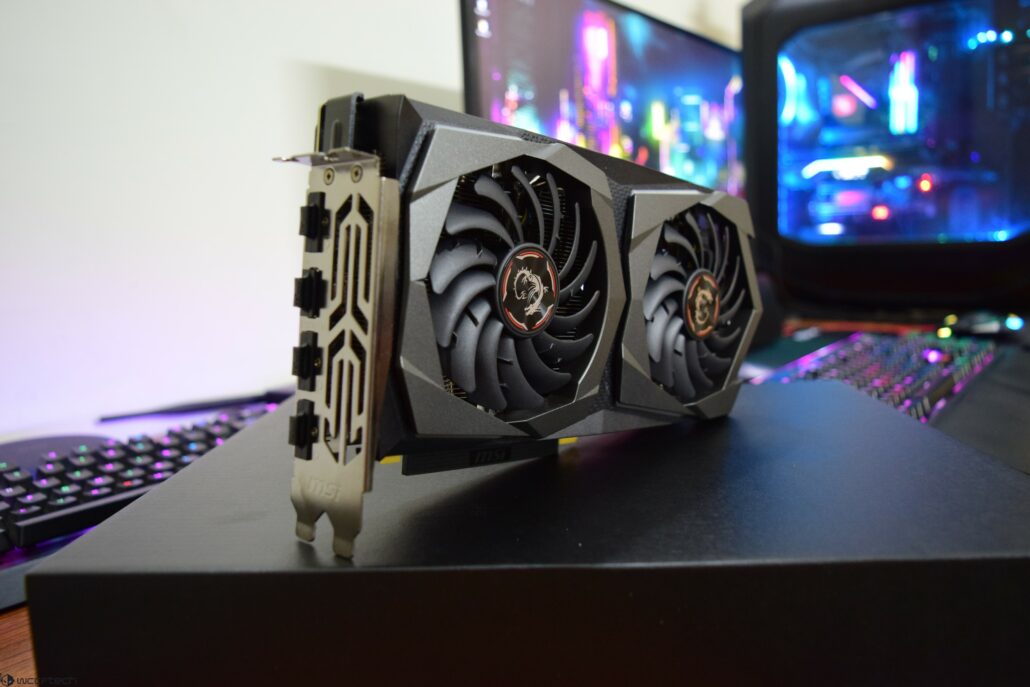 The MSI GeForce GTX 1660 Ti Ventus XS OC Edition at $219 US comes with a factory overclock, although slightly lower than the Gaming X, but it still packs a dual fan with MSI's TORX 2.0 fans and just about the same performance as the Gaming X, give or take a few FPS. If you want the looks, then MSI Gaming X is your best bet but if you want the best budget option, Ventus XS OC from MSI has you all set up for a great HD gaming experience. The $30 US premium for the Gaming X model is kind of a stretch considering you can buy the faster GTX 1660 Ti for $279 US (MSRP) right now. 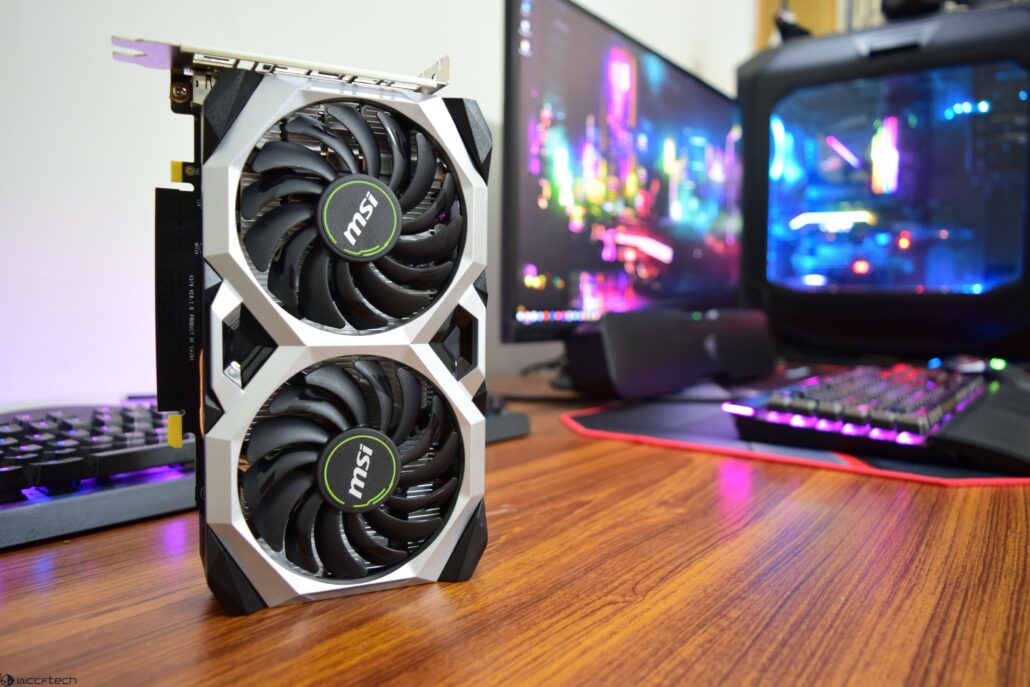 Also, the card does feature some of the best efficiency for Turing GPUs that I have noticed. This is true for both GeForce 16 series cards (GTX 1660 Ti and GeForce GTX 1660). At 120W, it does shine in the efficiency department and just shows that come the 7nm GPUs, NVIDIA may stir up some impressive numbers on smaller dies with more cores, more RTX and more raw power. The cooling and thermals were great too with both cards performing great and the TORX fans on both variants offering low noise levels.

I think one of the strongest reasons to buy this graphics card is its price and performance which is clearly unbeatable at the moment. For $220 US, the GTX 1660 and custom models, especially the MSI GeForce GTX 1660 Ventus XS is one of the best budget options you can go for right now. If you are a streamer and want some rocking performance in multiple Battle Royale or eSports titles, look no further as the GTX 1660 has all the performance you'd need to become the king of the hill. The MSI GeForce GTX 1660 Gaming X on the other hand, offers better cooling and slightly better game performance with a fantastic design scheme that looks very nice in any PC build.

The NVIDIA GeForce GTX 1660 is the graphics card to get if you are on a budget, it has the best value in its price range and can play all the latest AAA titles at respectable features with a strong suit of Turing shading features backing it up.

The NVIDIA GeForce GTX 1660 is the graphics card to get if you are on a budget, it has the best value in its price range and can play all the latest AAA titles on 1080p resolution at respectable features with a strong suit of Turing shading features backing it up while delivering NVIDIA's world-class power GPU efficiency.