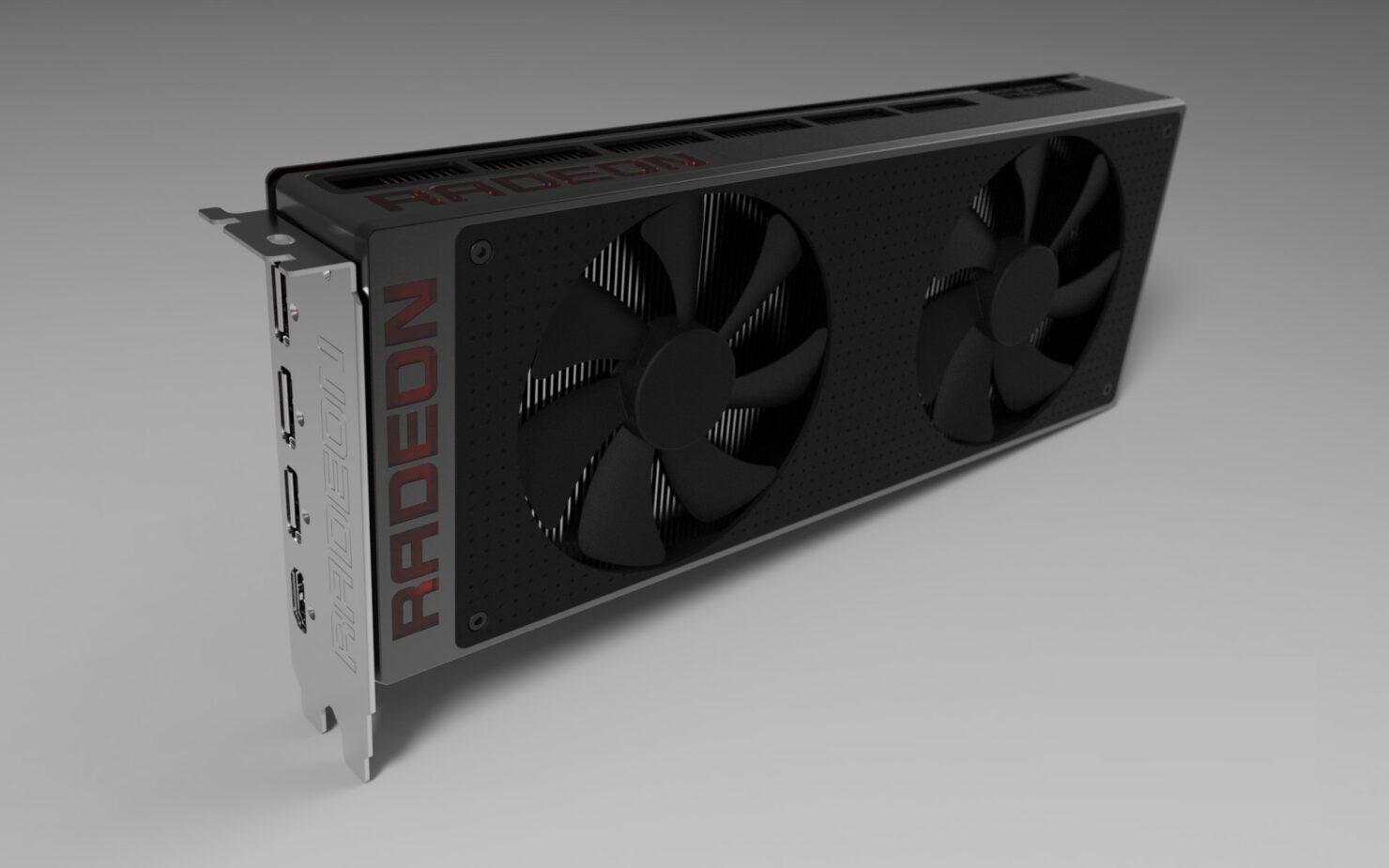 Something pretty amazing just came our way. According to a report by Wall Street Journal (via VideocardZ) AMD's upcoming Radeon RX 480 graphics card will cost a mere $199. If the report is true, then you are looking at an absolutely insane value proposition from AMD that could very well under-cut the performance advantage that the Nvidia's GTX 1000 series enjoys. This would also fit in well with the VR strategy AMD has been following since the reveal of its Polaris architecture.

VR is arguably the next big thing in tech and all eyes are turned towards the Oculus Rift and the HTC Vive. However, both headsets are only as good as the underlying GPU horsepower provided to them - and this is where Nvidia and AMD come in. The unanimously agreed upon spec for "minimum VR spec" is in the ballpark of 3.5 TFLOPs. All Nvidia Geforce and AMD Radeon cards starting from the GTX 970/R9 290 (and above) conform to this spec. Considering the fact that at the time the MSRP of the GTX 970 is $349, it consequently meant that the Total Available Market for VR (or the number of PCs that could run either VR headsets) was limited to graphics cards above this mark. AMD sought out to change all this.

Now I would like to address a different challenge for us – and that is what is called a Total Available Market. One of the issues we have is the minimum spec for the PCs which will run the Occulus and the HTC headset ant 90 fps and 2k resolution. Now to do that you need either a Radeon 290x or the GTX 970 both of which retail for $349. The challenge that we have is if you look at the total numbers of these GPUs that have been sold, according to JPR, that’s an install base of just 7.5 Million units. Now that’s an issue because it means you can only sell 7.5 Million of anything – because that’s the number that can run those headsets. I am very pleased to tell you that we have invented something called Polaris which we think will address this problem. – AMD’s Roy Taylor 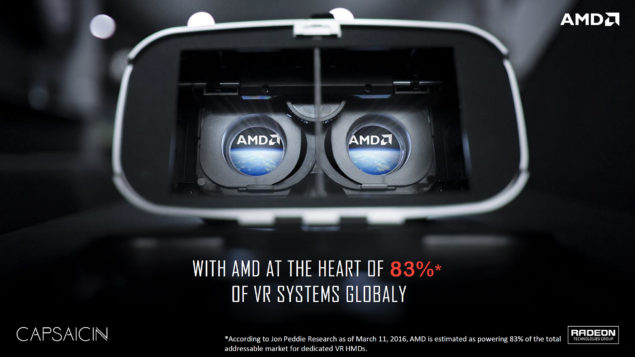 I reported on the strategy shift around 4 months back, and we were expecting the RX 480 to cost somewhere between $249 to $310. An MSRP of $199 therefore, comes as a very very pleasant surprise. It would allow AMD to not only under-cut superior performance claims of the GTX 1070 and GTX 1080 in terms of sheer value proposition, but would also likely increase AMD's market share - reaching a segment of the market that Nvidia did not reach out to. These are the gamers and professionals which want in on the VR experience and with headsets like the Rift and Vive already breaking the bank, will not want a very expensive GPU on top of that. The following quote is taken from the WSJ:

Advanced Micro Devices Inc. is angling to lower the cost of virtual reality, targeting the field with a new line of graphics hardware priced at $199—half or less the cost of comparable products.

AMD said the first chips based on its new Polaris design are expected to arrive in graphics cards for personal computers at the end of June. The company aims to help push the starting cost of PCs that can deliver VR experiences as low as $799 from above $1,000. Source: WSJ (Via Videocardz.com)

AMD's strategy could prove to be effective in a situation where the user is already spending $599 to $799 (and even above) and wants to limit the total expense of shifting to VR. The GTX 970 can (at the time of writing) be found on Amazon for $309. A $199 priced RX 480 would be $100 cheaper and significantly faster.  The new graphics card will have VR certifications from both HTC Vive and Oculus Rift - not to mention the added bonus of DX12 Asynchronous Compute support. The cards will be landing by late June (the NDA lifts on the 29th to be exact). The AMD Computex 2016 live stream from Taipei will be starting soon and hopefully the company will drop some hints on their upcoming GPU lineup. 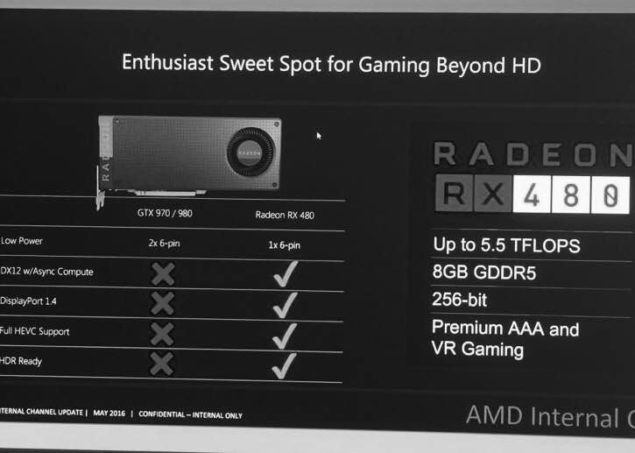 A recent leak has also revealed some what appears to be the complete details of the upcoming Radeon RX 480 graphics card. According to the document the GPU will have 5.5 TFLOPs of compute and 8GB of GDDR5 memory. All this will be coupled with a 256-bit bus width and a single 6 pin connector. The card has officially been given a designation of "Beyond HD" and is reportedly being positioned against the GTX 980 and GTX 970 from Nvidia. The preliminary (unofficial) specifications of the RX 480 are given below: