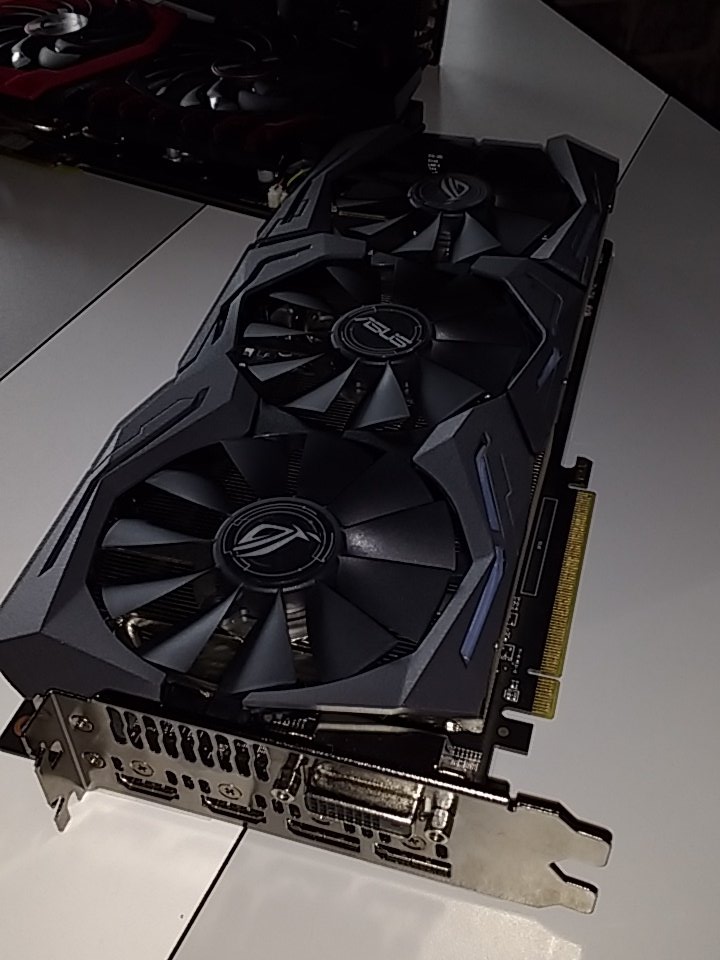 The Radeon RX 480 is a great card for its price which is also its strength. At $200 US, the RX 480 manages to give performance similar to high-end cards that used to cost more than $300 US. Compared to the R9 390, the AMD Radeon RX 480 delivers similar performance numbers with a rated TDP of just 150W compared to 275W on the Grenada based solutions. 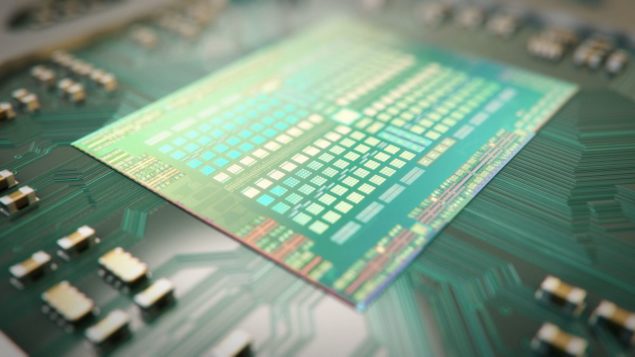 The AMD Radeon RX 480 reference model sells at $199 US for the 4 GB and $239 US for the 8 GB variants but it started showing some issues related to power consumption which have been fixed with a recent driver release. The cooler uses a small heatsink block that is featured on the Polaris 10 GPU core and manages to keep the card around 70-80C but for those willing to get better cooling and overclocking performance, it's better to wait for the custom solutions which will be hitting the market in mid July for a small premium over the reference prices of the RX 480 cards. 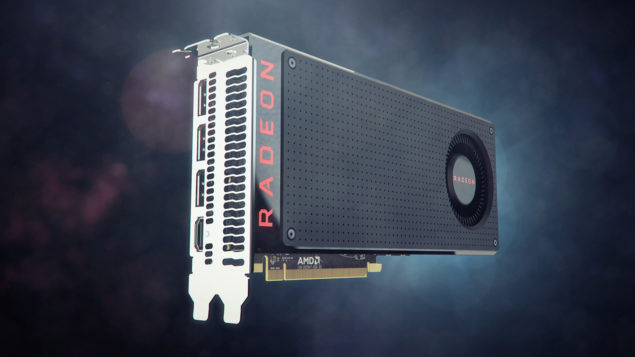 First up, we have the Radeon RX 480 Nitro which is a fully custom solution bearing the Polaris 10 GPU. The Nitro is factory overclocked, comes with a non-reference PCB and a dual fan cooler. The Radeon RX 480 Nitro is based on a non-reference PCB and hence supports a higher quality electrical design that features a 8-Pin connector for the board power and a TDP of 175W compared to 150W on the reference models. The clocks for this model are not yet finalized but the memory will be clocked at the standard speed of 8 GHz.

The cooler is the main attraction of this model which uses a metallic black colored shroud with dual 100mm fans that can be easily removed for cleaning purposes. The card features dual HDMI 2.0b, dual DP 1.4a and single DVI connector for display connectivity. A metallic backplate with Nitro and Sapphire labels covers the bottom and since the card features RGB lightning, we see a small color change button which can either change or switch the LEDs off. There's also the addition of Dual BIOS which would allow you to save a custom profile during overclocks or in case the BIOS runs bad. OCUK has the card listed for pre-order for 250 pounds. 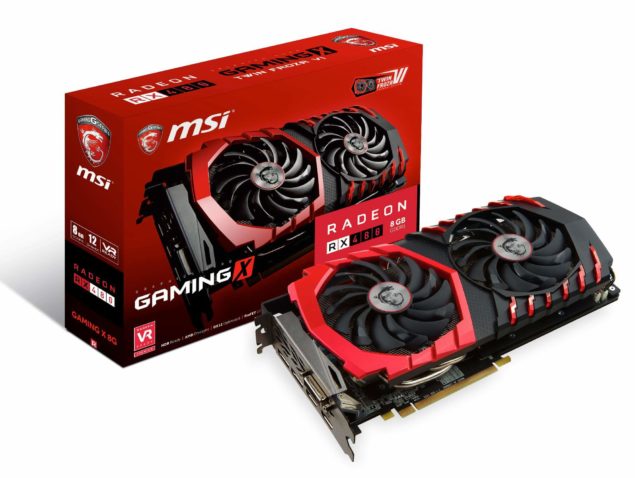 The second card is from MSI which is based on their Gaming X design scheme. The Radeon RX 480 Gaming X is a great looking graphics card featuring the original red and black AMD color scheme. The red and black scheme is now regarded as the official color for all gaming branded products but MSI really does it best in their own way. The Radeon RX 480 Gaming X features two large Axial based fans that push air to the central heatsink chamber which consists of a large aluminum fin array block. The upper shroud features MSI's renowned Dragoon design scheme.

The PCB which is custom made comes with its own bracket along with a nice backplate that goes behind the card. Underneath the cooler is a 4+2 phase VRM featuring Military Class components that ensure longer lasting stability and overclocking potential. This card also comes with an 8 Pin power connector which pushes more power to the board. Display connectors include dual HDMI, dual DP 1.4 and a single DVI connector. The clock speeds for this card are an unknown right now but we expect close to 1350 MHz on the core itself. Expect the price to be around $259 - $269 US.

ASUS has made a lot of progress with their STRIX generation of cards which use their well known DirectCU solution. The Radeon RX 480 STRIX OC uses the same design and comes with an impressive triple fan and custom PCB design that will be a highlight in the overclocking and cooling department. On board the massive card are three fans that push air towards a large heatsink block that makes direct contact with the Polaris 10 GPU. Display ports include the same configuration we are looking at on the MSI and Sapphire models which is good for VR gaming. 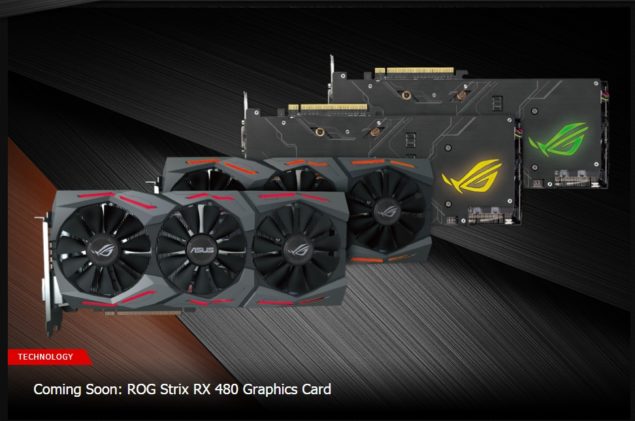 The PCB of the Radeon RX 480 STRIX is really long and uses a single 8-Pin connector to power up. The entire cooler shroud uses RGB lightning while the custom ROG designed backplate also uses LEDs to lit up the ROG logo on the back. The triple fan cooler should allow the card to eliminate all sorts of thermal throttling while maintaining stable overclocked frequencies during gaming. 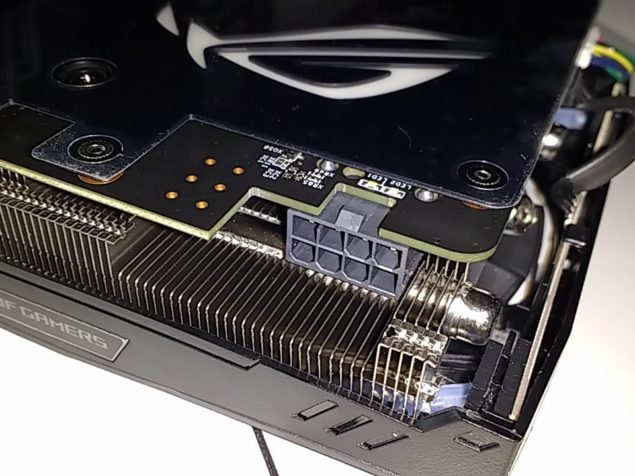 We first saw a close up of the Radeon RX 480 Devil from Powercolor a few weeks back but OCUK has a better look of this card along with a suggested pre-order price of 255 pounds. The board is really longer than the reference variant and we can see a dual slot cooler that spans the entire length of the PCB. We are looking at a massive triple fan cooling solution which features black and red color scheme. As for performance, we can expect the Devil to be faster than the reference cards with its factory overclocked specifications.

The Devil comes with a red and black color scheme while featuring a backplate to hide the electrical stuff on the back. The Display outputs include three DP 1.4 connectors, a single HDMI 2.0b port and a single DVI port. The clocks for this card are not finalized yet but we can expect it to reach overclocks close to 1.4 GHz. The card has power delivered through a single 8-Pin connector.

Gigabyte Radeon RX 480 G1 Gaming is also incoming and has been revealed by OCUK. The card uses the Wind Force 2X model which uses a dual fan design with 3D Active Fan technology. It indicates when the fans should be stopped if temperature is under a certain limit to save power and deliver lower noise output. The card has RGB lightning but most of the shroud features a matte black color. Clock speeds on the card remain unknown but we will see a sexy, solid metal backplate on this variant when it launches in a few weeks. 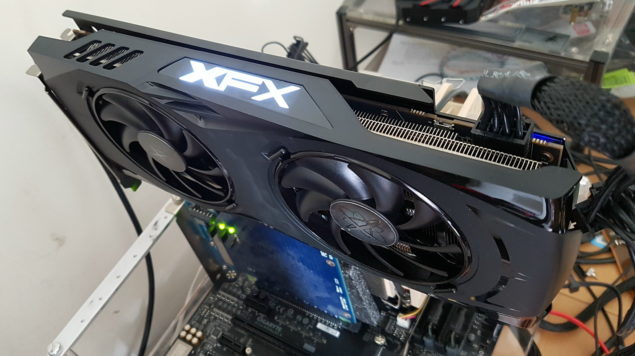 Finally, we have the Radeon RX 480 Double Dissipation from XFX which features a dual fan design based on the Double D cooling specifications. This card is clocked at 1328 MHz clock speed and features idle mode fan tech that stops the fan when its running under the temperature limit. The card is powered by a single 8-Pin power connector, has a nice backplate and comes with RGB lit XFX logo on the side.