Pokemon GO Is Coming To Apple Watch – Here Are The Details 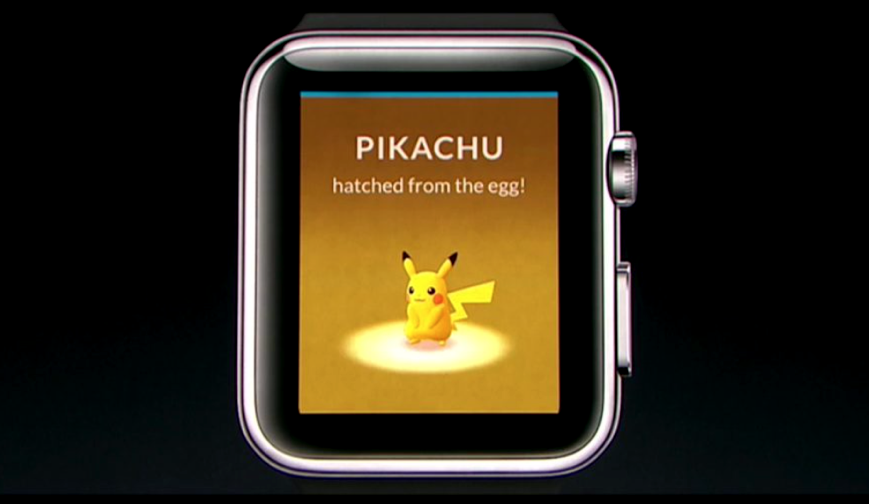 Niantic's CEO just took to the stage at Apple's iPhone 7 keynote and announced that Pokemon GO is coming to the Apple Watch.

The Pokemon GO Craziness is Coming to the Apple Watch

A few days back it came to light that Pokemon GO would be gracing a load of features, including Buddy Pokemon, now that notion is more than confirmed by Niantic itself during Apple's big iPhone 7 keynote.

First and foremost, the Pokemon GO Apple Watch app is the perfect companion to the smartphone version of the game. The Apple Watch part of the app acts is an extension to the full game itself, showing you notifications whenever there is a Pokemon nearby. But of course, if you want to capture a Pokemon, you need to take your smartphone out of your pocket. But if you're near a PokeStop, you can collect all the goodies without having to tinker around with your iPhone.

Apart from that you can check your unhatched eggs and the ones that have hatched after all that walking around. It's an absolutely convenient thing if you're asking us.

Niantic also announced that its dedicated Pokemon Plus hardware will be available to buy later this month as well. And if you have an Apple Watch at hand, then there's no need to buy it. But if you're looking for a way to flaunt your Pokemon fanboyism, then the Pokemon Plus is the hardware to buy.

The updated Pokemon GO game with the Apple Watch bit will be available later this year as a free update for everyone on the App Store.

The iPhone 7 keynote is still underway and we'll update our readers as more products and software are announced, so stay tuned to our coverage!